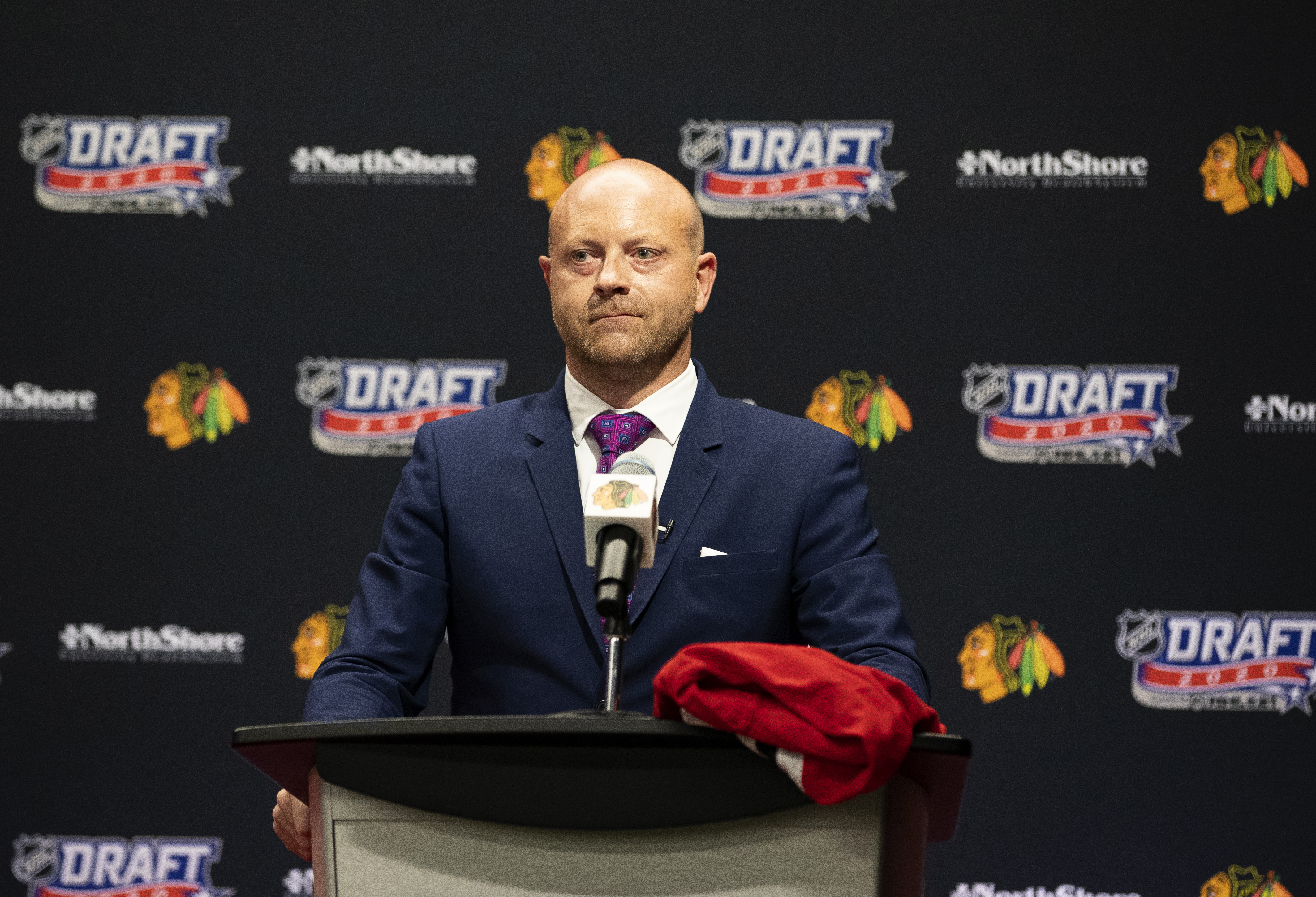 Chicago Blackhawks captain Jonathan Toews defended former team executives Stan Bowman and Al MacIsaac as “good people” despite both stepping down from their positions after the release of a report on the team’s response to former player Kyle Beach accusing then-assistant coach Brad Aldrich of sexual assault in 2010.

“Make any argument you want, they’re not directly complicit in the activities that happened,” Toews told reporters Wednesday. “It’s not up to me to comment on whether they would like to deal with it differently or not. I just know them as people and I’ve had a relationship and friendship with them for a long time as being part of the Blackhawks family.

“How this situation went down, what the timeline was, what they knew, I can’t really comment on that. It’s obviously a tough day. Regardless of the mistakes that may have been made, for someone like Stan who has done so much for the Blackhawks, and Al as well, to lose everything they care about and their livelihoods as well, I don’t understand how that makes it go away—just delete them from existence and that’s it, we’ll never hear from them. So I have a lot of respect for them as people. They’re good people.”

Investigators found the Blackhawks failed to “promptly and thoroughly investigate” allegations made against Aldrich, a former video coach, during the 2009-10 season. The investigation found that the team knew of the allegations but continued allowing Aldrich to work with the club, in violation of its own policies on sexual misconduct.

The NHL fined the Blackhawks $2 million for what it called “inadequate internal procedures and insufficient and untimely response in the handling of matters.” Bowman and MacIsaac stepped down from their front-office positions as a result of the investigation.

“Not that it was a joke, but it was something that wasn’t taken super seriously at the time,” Toews told reporters. “I thought Brad being let go or resigning from the organization was the way it was dealt with. … Had I been more connected to the situation and known some of the more gory details of it, I’d like to say, yeah, I would’ve acted differently in my role as captain.”

Beach came forward Wednesday as the “John Doe” listed in a lawsuit against the Blackhawks. Beach said in the lawsuit that he and another player, whose identity has not been publicly disclosed, were sexually assaulted by Aldrich and that he reported it to the organization. Beach told TSN on Wednesday that the Blackhawks locker room knew of the assault and made crude jokes toward him (h/t ESPN).

“I was scared mostly,” Beach said in an interview on TSN. “I was fearful. I had my career threatened. I felt alone and dark. … Mostly, I felt like I was alone and there was nothing I could do and nobody I could turn to for help … as a 20-year-old, I would never dream of, you could never imagine being put in this situation by somebody that’s supposed to be there to help you.”

Aldrich was sentenced in 2014 to nine months in jail for sexually assaulting a student at a high school where he was able to volunteer after resigning from the Blackhawks without any report being made to the police of Beach’s allegations.