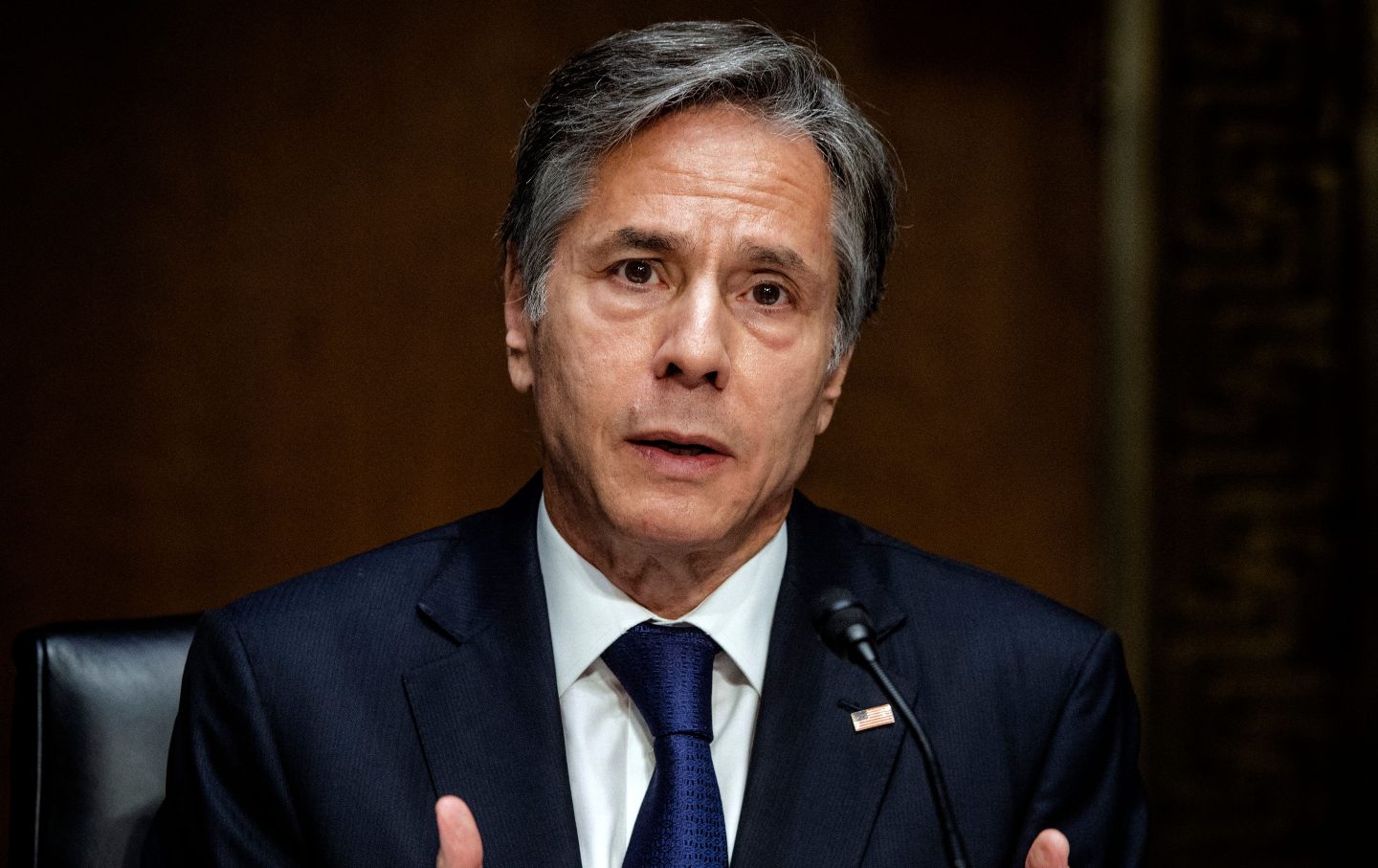 Secretary of State Antony Blinken is, like other cabinet secretaries, paid a handsome salary of $221,400. He is the first cabinet member in the presidential line of succession. And he plays an outsize role in defining the place of the United States on the global stage.

That’s not a bad gig.

But there’s a downside. Part of the job title requires the Secretary of State to report to the United States Senate. In today’s Washington, D.C., that means that the nation’s top diplomat must maintain his composure when dealing with Ted Cruz, Marco Rubio, Ron Johnson, and all the other Republican senators who have come down with a scorching case of Blinken Derangement Syndrome.

When Blinken met Tuesday with the esteemed members of the Senate Foreign Relations Committee, he stepped through the looking glass and found himself dealing with politicians who had abandoned any pretense of realism.

What was expected to be a spirited discussion of the difficult US withdrawal from Afghanistan turned into a circus, as Republican senators competed with one another to display their venomous disdain for Blinken in particular, the Biden administration in general, and anything akin to the truth. It was as if the Benghazi hearings never ended.

No accusation was out of bounds. No conspiracy theory was unreasonable. No threat was left unstated.

Wisconsin Republican Ron Johnson accused Blinken and the Biden administration of failing to adequately consult with NATO allies about ending the US military presence in Afghanistan. Blinken responded calmly. “Senator,” he said, “I went to NATO before the decision as well as Secretary of Defense Austin and spent the day with all of our NATO allies listening to them, their views, their ideas for what we should do moving forward in Afghanistan. I shared some of our initial thinking at that point. We factored in everything we heard from allies into our own decision-making process.”

Johnson was having none of it. Dismissing the answer to his question as “bureaucratic speak,” the senator claimed that the Blinken and those around him suffered from “detachment with reality.”

In fact, the detachment from reality was on the Republican side, especially when Idaho Senator Jim Risch began a line of questioning that revealed just how seriously members of Mitch McConnell’s caucus take the wild-eyed conspiracy theories that Fox News hosts keep spinning about Biden’s supposed infirmity and incompetence. “I am more concerned about the top decision-making. We have all seen this. We have seen it as recently as yesterday. Somebody in the White House has the authority to press the button and to cut off the president’s speaking ability,” said the ranking Republican on the committee. “Who is that person?”

Blinken politely replied, “I think anyone who knows the president, including members of this committee, knows that he speaks very clearly and very deliberately for himself. No one…”

An incredulous Risch cut the secretary of state off mid-sentence. “Are you saying that there is no one in the White House who can cut him off? Because yesterday, it happened, and it has happened a number of times before that. It has been widely reported that someone has the ability to cut off his sound and stop him from speaking. Who is that person?”

“There is no such person,” answered Blinken, a bit more firmly. “Again, the president speaks for himself, makes all the strategic decisions, informed by the best advice he can get from the people around him.”

Instead of accepting that he might want to get his news from more reliable sources, Risch kept on the same line of questioning until Blinken finally said, “Senator, I really do not know what you are referring to. All I can tell you is, having worked with the president for 20 years…anyone who stopped him from speaking his mind would probably not stay long at their job.”

You might think that rebuke would chasten senior members of the United States Senate. But you would be wrong.

While Democrats on the committee such as Connecticut’s Chris Murphy—along with responsible Republicans such as Utah Senator Mitt Romney—asked tough questions and pressed Blinken in appropriate ways, the ad hominem attacks from the vast majority of Republicans owed everything to the Donald Trump School of Political Engagement. Florida’s Marco Rubio asked a 1,140-word invective-rich “question” that didn’t actually include an inquiry. Texas Senator Ted Cruz accused Blinken and his aides of “ideological naïveté” and “manifest incompetence,” and claimed decision-making with regard to the withdrawal “a hundred years from now will be studied at war colleges as a colossal strategic mistake.” When Blinken attempted to explain that Cruz’s accusations were “flat-out wrong,” the senator interrupted him and said, “I’d just like a ‘yes’ or ‘no.’”

At the same time as he was charging Blinken with failing to get people who worked with the United States out of Afghanistan, Cruz accused the secretary of state of creating “a humanitarian crisis” by failing to vet Afghans coming to the United States.

Cruz was sounding like a prospective 2024 Republican presidential candidate. But if the measure of viability is the extremism a Republican is willing to display in attacking a Democratic diplomat, then the “winner” must surely be the only senator who is more ambitious than the Texan. That would be Missourian Josh Hawley.

Hawley didn’t bother to question Blinken. He simply announced in a Senate floor speech that he would hold up Biden’s nominees for State and Defense Department positions until Blinken resigns—along with Defense Secretary Lloyd J. Austin III and national security adviser Jake Sullivan.