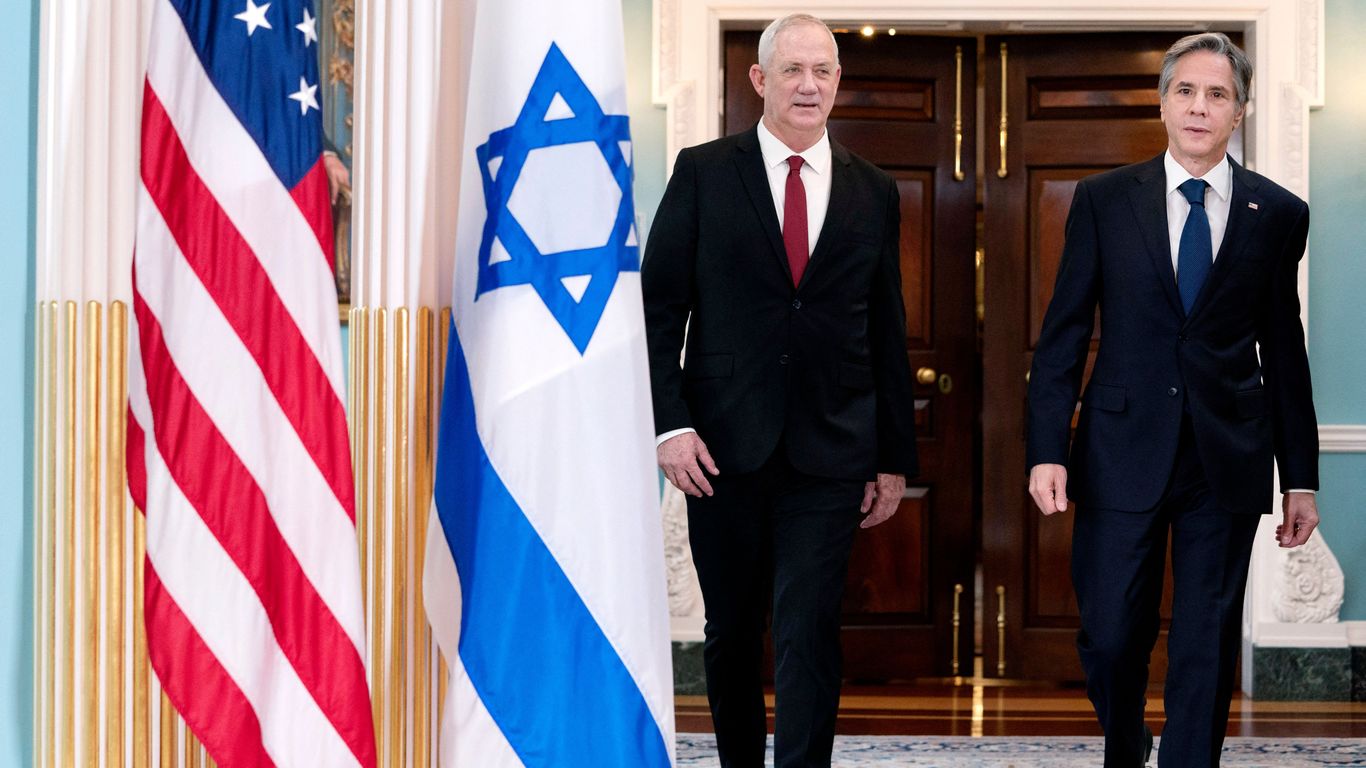 Why it matters: This is the first time new construction in the settlements has been approved since President Biden assumed office, and the Biden administration had been privately pressing the Israeli government not to proceed.

— Senior Israeli official on the “very difficult” call between Gantz and Blinken.

The backstory: Prime Minister Naftali Bennett had hoped a Ministry of Defense committee would approve the new housing units before he visited Washington in August. But that didn’t happen, and then Biden personally pressed him to show restraint on the settlements issue.

Behind the scenes: The U.S. pressure escalated on Tuesday when Blinken called Gantz and told him both the number of housing units and their locations deep inside the West Bank were “unacceptable,” according to the Israeli officials.

Gantz also told Blinken that he’d been criticized by his political rivals for meeting with Palestinian President Mahmoud Abbas and for granting legal status to 4,000 Palestinians living in the West Bank, adding “I am planning to take more such steps soon,” according to one Israeli official.

Between the lines: The latest flare-up over the settlements began in the same week that Gantz signed an order to designate six Palestinian NGO’s as terrorist organizations, which also sparked criticism from the State Department.

What’s next: After the Israeli government passes its budget next week, and thus ensures its short-term political survival, the Biden administration is expected to resume discussions over reopening the U.S. consulate in Jerusalem — another very contentious issue.

The bottom line: Senior Israeli officials admit that the U.S. position on settlements was tougher than they had expected, but note that the criticism is coming mainly from the State Department, with the White House not weighing in publicly for now.