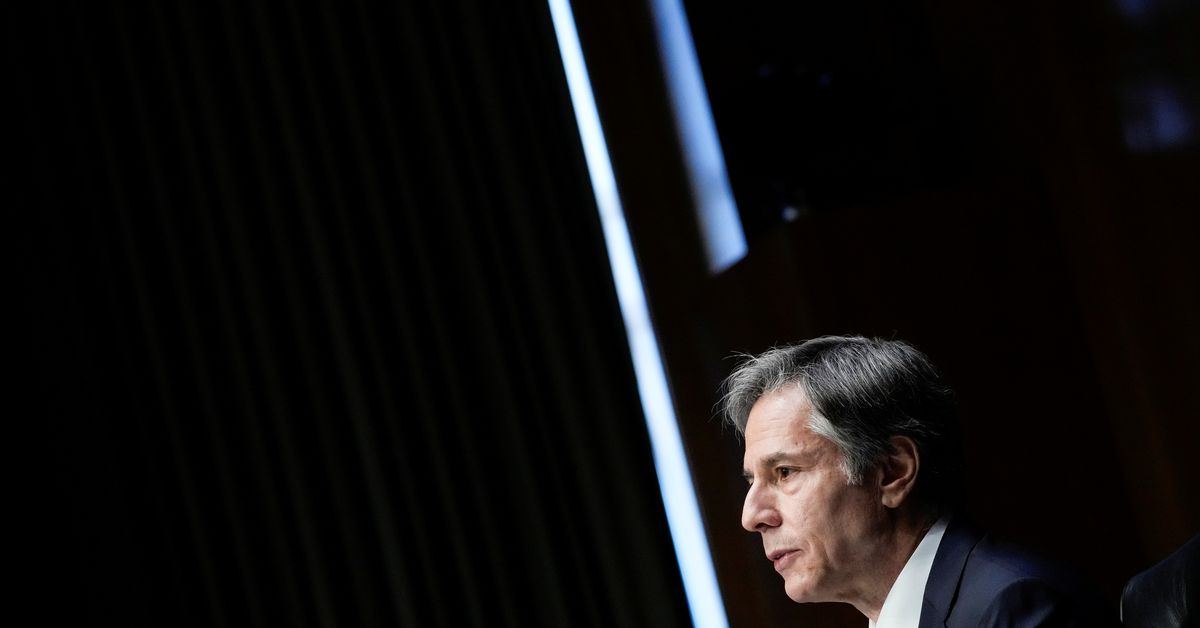 WASHINGTON, Sept 14 (Reuters) – U.S. Secretary of State Antony Blinken will host a virtual meeting on Friday with his counterparts from Israel, the United Arab Emirates, Bahrain and Morocco to mark the first anniversary of normalization agreements between the Arab countries and Israel, officials said.

The event will be the Biden administration’s highest-profile display of support for the so-called Abraham Accords, which were widely seen as a diplomatic success for former President Donald Trump.

President Joe Biden has backed the deals since taking office in January, and senior aides have said they were working to get additional Arab countries to normalize relations with Israel after decades of enmity. But the administration until now had been cool to the idea of commemorating the anniversary of the accords.

A State Department official and an Israeli official, speaking on condition of anonymity, confirmed plans for the meeting, which was first reported by the Axios news website.

The leaders of Israel, the UAE and Bahrain signed the Abraham Accords at the White House in September of last year. Israel and Sudan announced in the following month that they would normalize relations, and Morocco established diplomatic ties with Israel in December, after Biden defeated Trump in the U.S. election.

Palestinian officials said they felt betrayed by their Arab brethren for reaching deals with Israel without first demanding progress toward the creation of a Palestinian state. Until last year, only two Arab states – Egypt and Jordan – had forged full ties with Israel.

The agreements have led to a slew of trade and investment deals.

“The event will commemorate the one-year anniversary of the signing of the Abraham Accords and discuss ways to further deepen ties and build a more prosperous region,” the State Department official said.

Avi Berkowitz, the former Middle East envoy who helped broker the accords together with Trump’s son-in-law and senior adviser Jared Kushner, wrote on Twitter: “Thank you to the Biden administration and specifically @SecBlinken for supporting the Abraham Accords.”