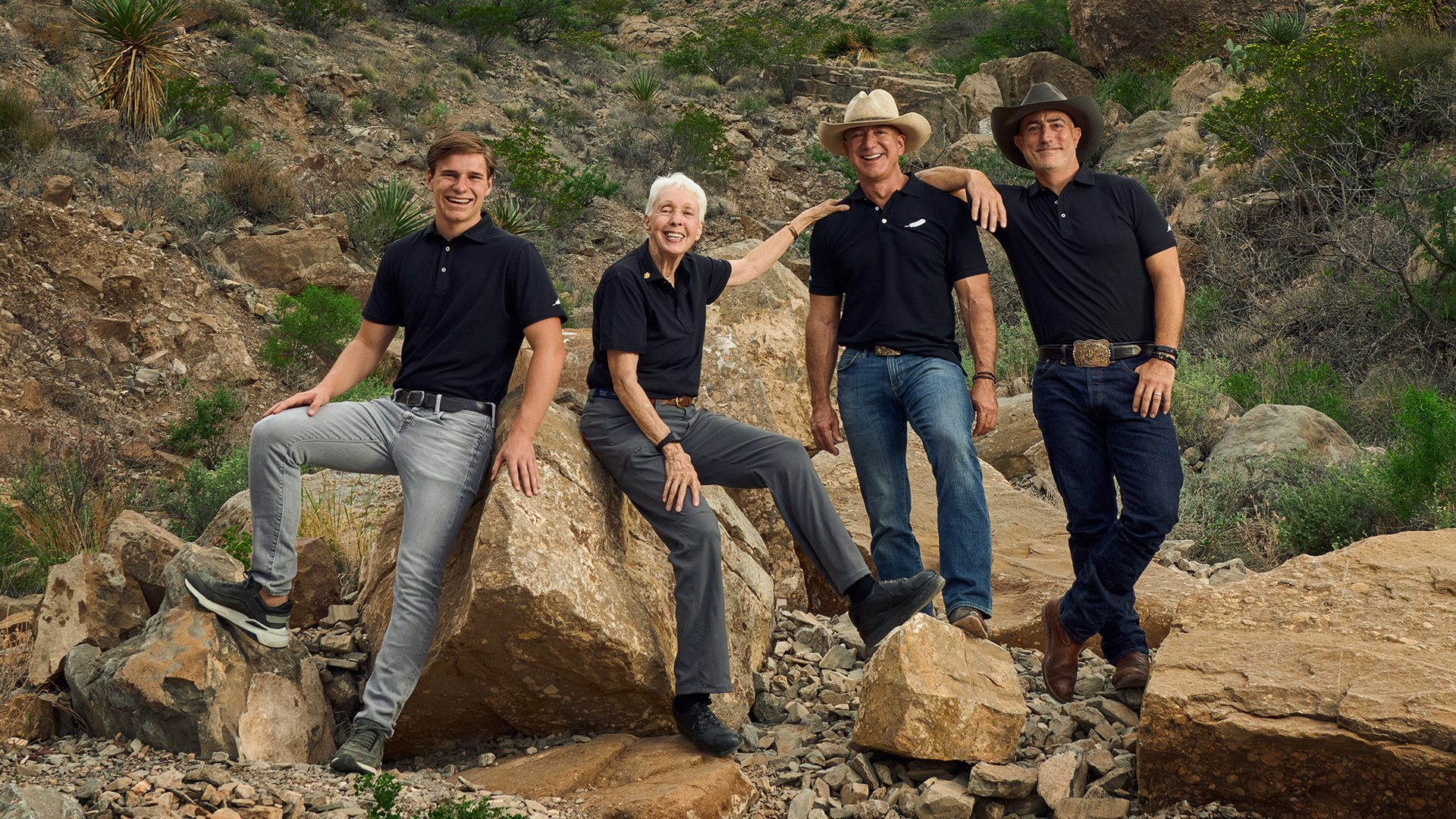 The first Blue Origin crew will not wear spacesuits during their 11-minute journey to space and back Tuesday (July 20), according to billionaire founder and flight crew member Jeff Bezos.

Bezos and the rest of the passengers — his brother Mark, Mercury 13 aviator Wally Funk, and teenager and paying passenger Oliver Daemen — gave interviews to NBC and CBS Monday (July 19) ahead of the first-ever crewed trip of the New Shepard spacecraft.

Bezos told NBC Today they would fly in light “flight suits” only: “With the cabin pressurized, it’s redundant; we don’t need to use spacesuits, and we’re going to be just like this,” he said, gently lifting up the chest of the flight suit that he was wearing on camera.

While talking to CBS This Morning, however, Bezos added he is not nervous. “We’re excited,” Bezos said. “We’ve been training, this vehicle is ready, this crew’s ready [and] this team is amazing. We just feel really good about it,” he said.

While New Shepard is a suborbital vehicle and has made 15 uncrewed flights before this one, it’s rare for any astronauts not to wear spacesuits during their journeys as it is a backup for cabin depressurization. (That said, Virgin Galactic also does not use pressurized spacesuits for its suborbital tourist crews either.)

All launching crews to the International Space Station today use spacesuits of some kind regardless of the vehicle, whether it be SpaceX’s Crew Dragon or Russia’s Soyuz. (Boeing’s Starliner will be a third option for ISS journeys once it is certified for human spaceflight, which may be next year depending on testing progress.)

Related: After 20 years of work: How Blue Origin and Jeff Bezos arrived at their 1st astronaut launch

NASA suspended spacesuit use for a few years during the space shuttle program, but reconsidered after the fatal Challenger accident of 1986. Following the incident, crews wore a Launch Entry Suit, then an Advanced Crew Escape Suit (ACES) starting in 1994. ACES, which was nicknamed the “pumpkin suit” for its distinct hue, was used until the end of the shuttle program in 2011.

The Soviet Union temporarily suspended using spacesuits during the Soyuz program until the Soyuz 11 crew died in 1971 due to an air leak during landing. Following that, the Soviet and later Russian programs designed their spacecraft to accommodate spacesuits.

Bezos was also asked during his NBC Today interview if he was in competition in Richard Branson, the Virgin Galactic billionaire founder who flew into space on July 11, days before Bezos. Branson denied this month that the companies were competing, saying there was plenty of room for multiple launch options in the new market for space tourists.

Bezos also demurred about a competition, saying that the Soviet Union’s Yuri Gagarin was the first person in space in 1961 and that he — Bezos — would be approximately person 570, far down the list of spaceflyers. “This isn’t a competition. This is about building a road in space so that future generations can do incredible things in space. We’re excited to join the club,” he said.

Related: Blue Origin’s launch with Jeff Bezos: Everything you need to know

The comments from Bezos came after Blue Origin published a snarky infographic on Twitter on July 9 comparing Virgin Galactic’s VSS Unity spaceplane and New Shepard, noting items such as larger windows on New Shepard and its higher peak altitude.

At stake between the two spacecraft options for rich tourists is the definition of “astronaut,” which depends on whether you follow the internationally recognized Kármán line or a lower altitude adopted by U.S. authorities like NASA and the U.S. military. Virgin Galactic flies below the Kármán line, while New Shepard’s maximum altitude rises above it.

Technical matters weren’t all that dominated the interviews, however. During both the NBC and CBS interviews, Bezos said he was impressed with the physical aptitude of the 82-year-old Funk, who he said is outperforming the three male crew members in training. The other crew members also briefly spoke about what they’re looking forward to in space.

Funk said she was excited for floating and somersaults after waiting decades for a spaceflight. She was unable to participate in the 1960s in large part because women were not allowed to be military pilots or astronauts; the astronaut corps was drawn from the military during that era.

Funk also expressed her love for the outdoors with CBS: “I’ve built homes, I’ve fixed cars and tractors, I’ve done everything there is to do outdoors. I was never a little ‘girl’ girl, but I love being here. This is the greatest team that I could ever be with.”

Daemen, 18, told NBC that he feels ready for the opportunity; he’s been wanting to fly in space since age four. “We have great training here, simulating the flight and expecting what to expect in space, because we have no idea,” said Daemen, referring to the fact that all four spaceflyers are rookies. “It’s pretty hard to imagine, but I’m just super excited and not nervous at all.”

Mark Bezos told CBS that after a lifetime of following his older brother, he’s thrilled to be doing the same into space. “I can’t wait for liftoff, just the rumble of the engine and that acceleration,” he said, adding a joke: “I’m really excited about that, but I’m not going to lie, I’m going to be pretty excited when I hear those parachutes open, too.”