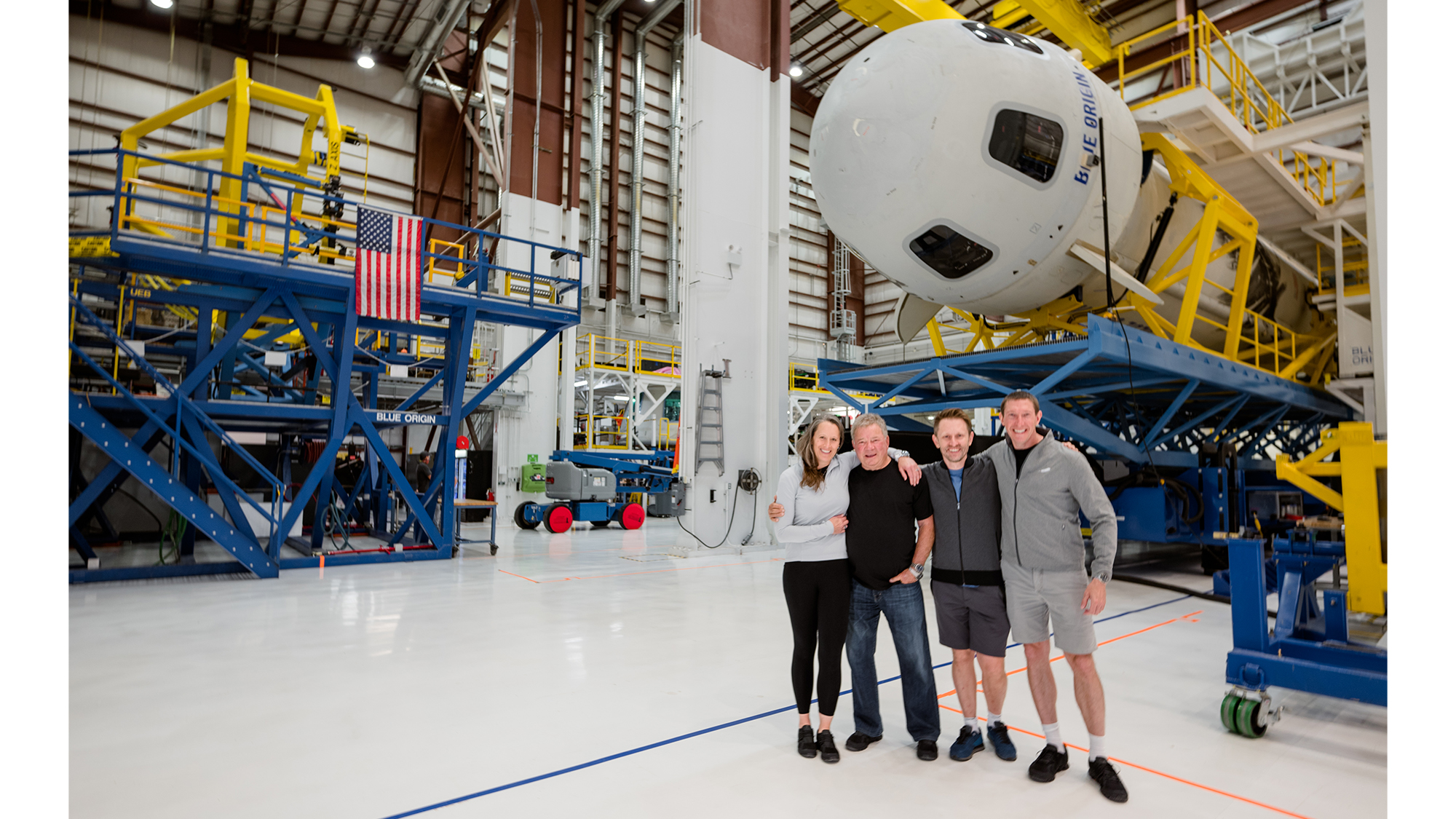 The private spaceflight company founded by billionaire Jeff Bezos cleared its suborbital New Shepard rocket and capsule to launch Shatner and three other passengers on a suborbital ride over Texas. Liftoff is now set for 10 a.m. EDT (9 a.m. CDT/ 1400 GMT) from Blue Origin’s Launch Site One near the town of Van Horn in West Texas.

“New Shepard is go for launch!” Blue Origin announced via Twitter today (Oct. 12). The mission team has completed the Flight Readiness Evaluation prior to #NS18. This is our final meeting with the engineers and Mission Control team to ensure all systems are go for launch.”

The mission will launch about 30 minutes later than previously planned due to wind concerns, the company said.

“Today, astronauts are getting familiar with the launch tower, redundant safety features of the #NewShepard crew capsule, as well as, ingress and egress procedures. Astronaut training will be completed at the end of the day,” the thread continued.

A brief YouTube interview Tuesday (Oct. 12) with Nick Patrick, lead flight director and former NASA space shuttle astronaut, indicated that there were no major changes in recent days besides the weather, which has pushed off two launch attempts already.

“We had a small meeting this morning to go over any changes, and there’s really nothing to report from that meeting other than things that still go for launch tomorrow,” said Patrick in the status update.

#NewShepard is go for launch! The mission team has completed the Flight Readiness Evaluation prior to #NS18. This is our final meeting with the engineers and Mission Control team to ensure all systems are go for launch. A thread: pic.twitter.com/nCBmVyTh2XOctober 12, 2021

Patrick also explained that the training the astronauts are undergoing will do three things: training them on the safety systems, getting them used to “unexpected aspects” of spaceflight such as noises or acceleration, and teaching the crew “how to behave in zero-G”, such as avoiding kicking each other while floating.

Despite the fact the training only lasts a few hours, Patrick said the experts “give a great training presentation” and that it will be enough to get the crew, all non-professional astronauts, ready for space.

I cannot bring my phone but I’ve prearranged a little something…😉👍🏻 https://t.co/Kj3M5wPAAqOctober 12, 2021

Proud to be part of the @blueorigin #ns18 crew with @AudreyKPowers, @DrChrispyMusic, @WilliamShatner. Can’t wait to share the experience with such amazing (and fun) people! Now scheduled for Wednesday Oct 13, 9:30AM EST (Coverage ~8:30am EST on Weds on https://t.co/BGjxFumCCE) pic.twitter.com/92sNZi2LGHOctober 11, 2021

The NS-18 crew on the way to the training centre in our @Rivian. Space is so close we can taste it! 24 hours until launch. 🚀@CaptainClinical @AudreyKPowers @WilliamShatner @blueorigin pic.twitter.com/dyE1BAO4sWOctober 12, 2021

Several crew members shared their excitement on Twitter. Shatner, a prolific Twitter user at age 90, said he won’t be able to bring his phone with him, but he has other arrangements planned.