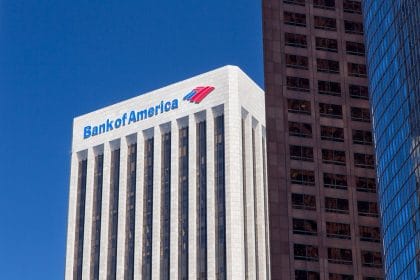 Bitcoin has been battling with tech, commodities, and ESG to emerge as one of the most popular trades over the last few months. This happens even as BTC price comes crashing down 50% from its all-time high.

On Tuesday, July 13, the Bank of America released its global fund manager survey that shows Bitcoin (BTC) is the third most crowded trade after stocks and ESG. Basically, the Global Fund Survey is a monthly report aggregating the views of over 200 institutional, mutual, and hedge fund managers worldwide.

As said, “Long Bitcoin” remains the most crowded trade after “long tech stocks” and “long ESG”. Interestingly, the “long commodities” trade has dropped to fourth place losing its third position to BTC. The Bank of America survey also shows the fund managers to be less bullish over growth, earnings, and inflation. A strong majority of 74% believe that inflation and growth will continue the “above trend”.

Back in May 2021, “Long Bitcoin” was the most crowded trade above “long tech stocks” and “long ESG”. In the month of June, “long commodities” overtook “long Bitcoin”. The Bank of America has been actively tracing the Bitcoin performance.

It has also formed a team to research crypto assets and similar financial vehicles. In a statement last week, the bank said:

“We are uniquely positioned to provide thought leadership due to our strong industry research analysis, market-leading global payments platform, and our blockchain expertise”.

Last month in June, the banking giant released a report stating that cryptocurrencies could boost economic growth in developing countries.

Even under Pressure Bitcoin Strengthens Its Position as a Popular Trade

Bitcoin will have to defend the $30,000 at the lower end. Speaking to CoinDesk, Greg Magadini, CEO and co-founder of Genesis Volatility said:

“After the mid-May selling, volatility hit peak heights, but since then spot prices have been trading in a base range. These types of consolidation periods are perfect environments for lower-volatility trades. The main idea is for prices to meander between support and resistance, and traders sell options expecting these levels to hold. If support or resistance levels break, traders will need to quickly hedge because prices will move to new levels fast. The hedging activity from various traders on the same side of the volatility trade also creates a self-reinforcing event.”

Bhushan is a FinTech enthusiast and holds a good flair in understanding financial markets. His interest in economics and finance draw his attention towards the new emerging Blockchain Technology and Cryptocurrency markets. He is continuously in a learning process and keeps himself motivated by sharing his acquired knowledge. In free time he reads thriller fictions novels and sometimes explore his culinary skills.