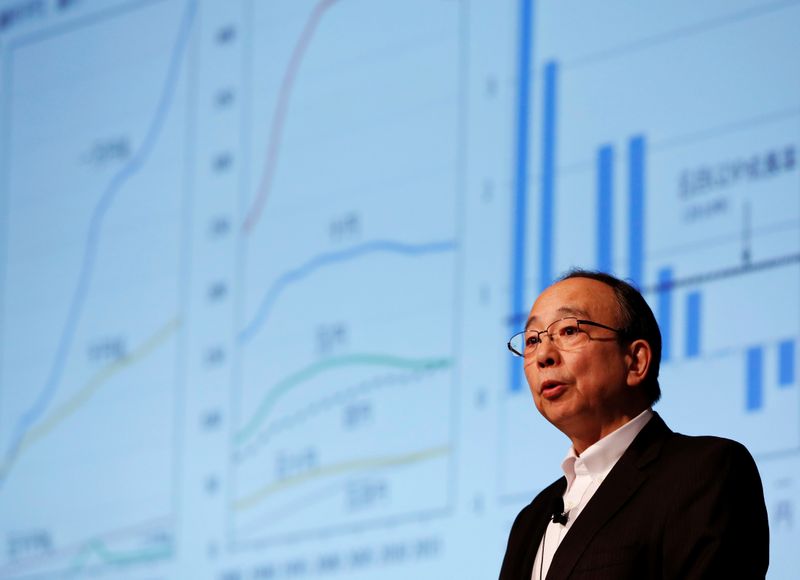 TOKYO (Reuters) -Bank of Japan Deputy Governor Masayoshi Amamiya said the economy may enjoy a stronger-than-expected rebound next year if coronavirus vaccinations speed up, offering an upbeat view on recovery prospects even as the pandemic weighs on consumption.

But he stressed the central bank’s readiness to ease monetary policy further if the economy needed additional support to pull it out of the doldrums.

“We have room to take additional easing steps including by cutting short- and long-term interest rates,” Amamiya said on Wednesday.

“While we don’t have any specific plans now, we can also consider schemes similar to existing programmes aimed at supporting corporate funding,” he told a news conference.

A resurgence in infections led the government to impose a new state of emergency in Olympic host city Tokyo that will last throughout and beyond the Games, dashing policymakers’ hope of a strong revival in growth during the quarter.

Amamiya said while the curbs will hurt consumption, the damage will be offset by robust exports that are boosting corporate profits and underpinning Japan’s recovery.

Strength in the corporate sector will help prop up consumption, as companies boost wages and give households more purchasing power, he said.

“In the short-term, the BOJ must focus on downside risks,” Amamiya said. “But there’s a chance the economy may overshoot expectations next year and beyond, depending on the pace of vaccinations.”

Amamiya said the government and BOJ must work closely, but stressed that the BOJ “won’t tie its policy directly with that of the government,” when asked whether the bank could ease policy if the government deploys another spending package.

The deputy governor was sanguine on the potential negative impact from global commodity inflation, even as some BOJ policymakers worried it could hurt corporate profits.

“While recent rises in commodity prices could increase costs, corporate profits are expected to improve against the background of improvements in domestic and overseas demand,” he said in a speech delivered before the news conference.

The BOJ kept monetary policy steady last week and cut this fiscal year’s economic growth forecast, but maintained its view the economy is on track for a moderate recovery.