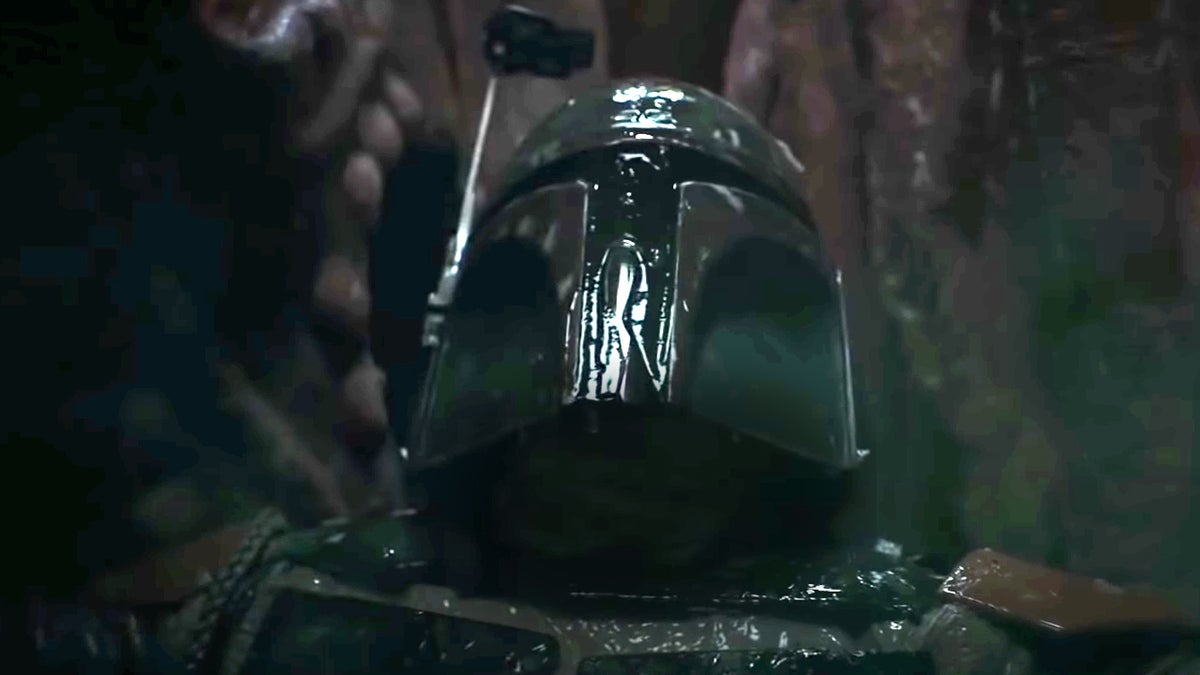 Ever since Han Solo sent Boba Fett tumbling into the belly of Sarlacc in Return of the Jedi, Star Wars fans have puzzled over whether the infamous bounty survived his time in the belly of the beast.

The Mandalorian confirmed that, yes, Boba Fett is indeed alive, and its follow-up provides more details on how he escaped. In episode 1, we see Fett trapped in the Sarlacc’s stomach, where he makes canny use of a Stormtrooper’s respirator and his flamethrower to escape.

Talking about making the scene, actor Temuera Morrison described it as “claustrophobic.”

“I remember the slime, and I remember not breathing too good in there, and they had all these people moving these things around me… It was very painful, actually,” Morrison said.

In the following scene, Fett bursts forth from the sand — a moment apparently predicted by Patton Oswalt in a memorable Parks and Recreation scene. It’s intended to reflect Boba Fett’s rebirth, Morrison says, as the bounty hunter emerges into the harsh desert shorn of his familiar weapons and armor.

Have you watched The Book of Boba Fett?

“It was nice to have that as a low point for something to grow from and flourish into something else and trying to get himself back together again,” Morrison says. “So it’s about Boba’s re-rising again, coming out of the sand, reemerging.”

Book of Boba Fett is currently in the middle of its seven-episode run, with the third episode releasing earlier today. In our review of the first episode, we called it a “strong but restrained opening to this new Star Wars spin-off” with some “choice flashbacks that establish Boba Fett 2.0”

We also talked to Morrison’s co-star, Ming-Na Wen, who plays the mysterious Fennec Shand. In the interview, Shand talks about how Street Fighter prepared her for roles in Agents of SHIELD and now Book of Boba Fett.

Book of Boba Fett is streaming through February on Disney+.

Kat Bailey is a Senior News Editor at IGN