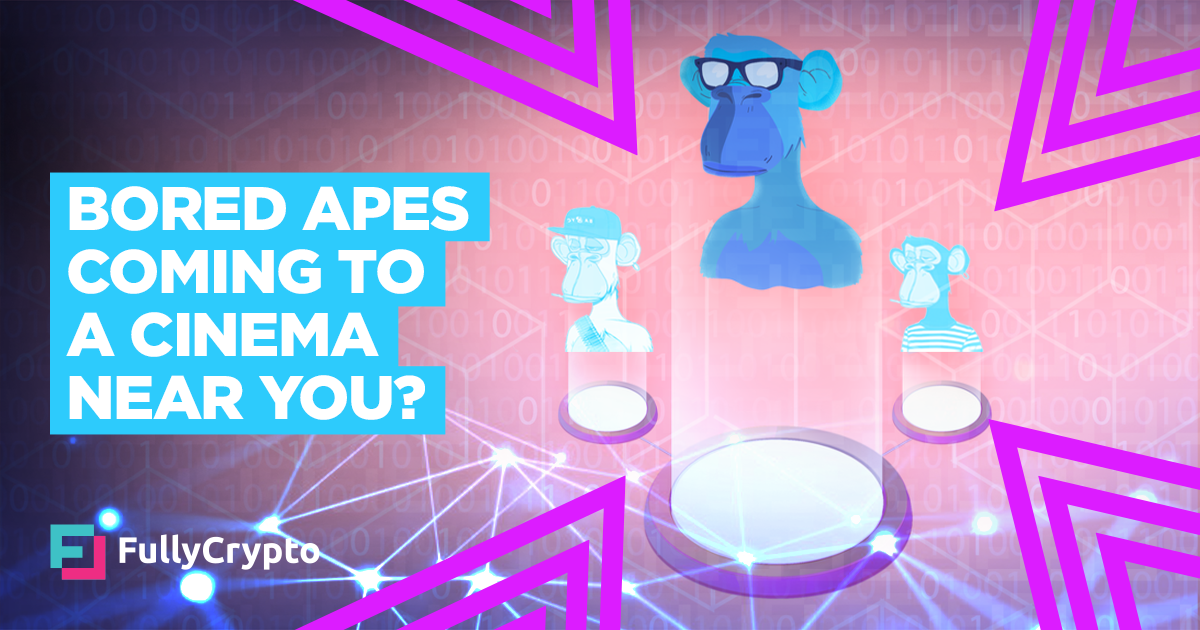 If you’re sick of Bored Apes already, you may not want to read on. The NFTs, which have spread like wildfire across the crypto space and beyond, may be about to get their very own film, TV series, or game deal having been signed up by the manager of U2 and Madonna, Guy Oseary. Oseary has signed a representation deal with Bored Apes Yacht Club creator Yuga Labs to expand Bored Apes into the entertainment arena a month after CryptoPunks creator Larva Labs signed a similar deal with the United Talent Agency, showing just how far the ecosystem has come in a short space of time.

The Bored Apes deal was announced yesterday by Variety, with Oseary saying that Yuga Labs was “one of highest-grossing talents of the year from any artform”, with total sales topping $2 billion.

Oseary added that “The Apes at Yuga Labs and I have a lot of exciting initiatives for the community and we look forward to sharing them soon.” Fans and holders alike will be looking forward to seeing what these early developments will be.

Anyone who has been exposed to the Bored Apes, either the originals or their Mutant Ape cousins, won’t find it hard to imagine the collective to be perfect for TV, film and gaming world, and such exposure won’t hurt their valuations either.

The same could be said for CryptoPunks, who could well prove to be competition for the Bored Apes in the NFT wars given their deal with the internationally renowned United Talent Agency, which was signed last month.