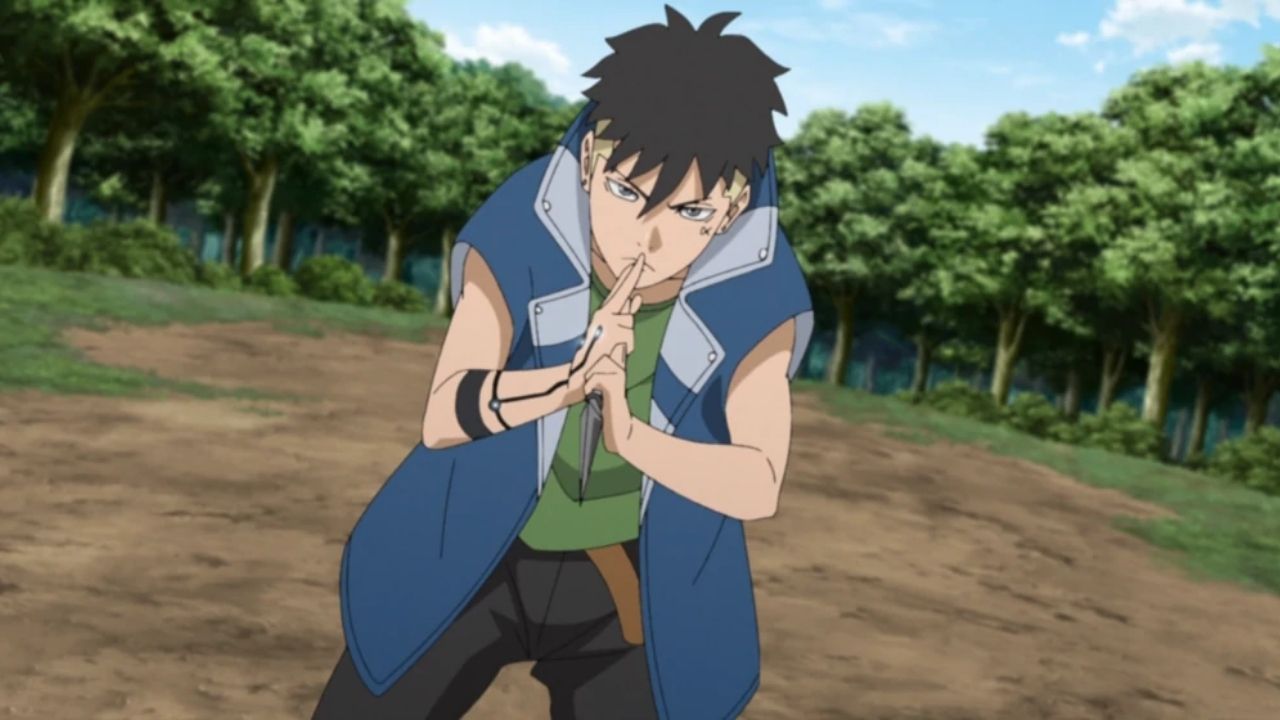 In Chapter 61, Kawaki somehow managed to sneak past the sensory unit watcher by tricking him with a shadow clone. It seems that even the Yamanaka clan’s highly secure barrier couldn’t see through his chakra nullification technique.

As you can expect, Code won’t let this opportunity slip past his hand, and he will definitely go after Kawaki. Can Kawaki run back to Konoha safely before it’s too late? Or is the fateful encounter between Code and Kawaki inevitable? We bring you the latest chapter updates for this manga.

Chapter 62 of the Boruto: Naruto Next Generations manga will be released on Monday, Sep 20, 2021. The chapter title has not been leaked yet.

I. Is Boruto: Naruto Next Generations on a Break This Month?

No, Chapter 62 will be released as per its schedule. No such delay is announced.

Chapter 62 will reveal Kawaki’s motive behind leaving Konoha late at night. It must be something very urgent otherwise, he wouldn’t have taken such a risk.

I am guessing that Kawaki is going to one of Amado’s secret laboratories to get a karma implanted on him artificially. He initially rejected this insane idea, but now that he is aware of the threat that Code poses to the village, he has no other option.

Meanwhile, Code will try to ambush Kawaki on his way, and with Eida guiding him in this operation, it should be a piece of cake.

Raw scans for Chapter 62 of the Boruto: Naruto Next Generation manga have not yet been released. These scans usually surface on the internet three to four days before the monthly release day, i.e., 20th.

The scans will probably be released by September 18, so don’t forget to check back.

4.Where to Read Boruto: Naruto Next Generations

Chapter 61 starts with Boruto and his friends discussing Konoha’s super effective sensory net. It doesn’t allow any unidentified person to get past Konoha’s barrier.

I will explain a bit about its working principle. Much like our fingerprints, everyone in Narutoverse has a distinct chakra print. So, anyone trying to enter Konoha is matched with all the chakra print databases and is allowed or rejected accordingly.

Inojin assures Kawaki that the Yamanaka clan’s sensory unit is pretty confident with this system, and there’s no need for them to survey the area. He adds that the only way to break this highly secure barrier is through chakra nullification.

In the next panel, we see Sasuke investigating the claw marks left behind by Code. He believes that Code isn’t careless enough to show up through one of these marks; however, he has no proof to support his theory.

While the entire village is busy searching for Code, Naruto assigned a sensory ninja to keep a close eye on Kawaki and Boruto. Well, it surely breaches all the privacy policies, but it’s also the best way to keep them safe.

Did any such restrictions stop Naruto from doing what he wanted to when he was a kid? The same trend continues for the next generation ninjas. Kawaki sneaks past the sensory ninja by tricking him with a shadow clone.

It didn’t take Kawaki long to master the chakra nullification technique that the Otsutsuki clan specializes in. He goes past Konoha’s barrier without the slightest resistance and heads further away from the village.

This reckless move has given Code the perfect opportunity to go after Kawaki. Can anything prevent their fateful encounter this time? We have to wait for the upcoming chapter to find that out.

6. About Boruto: Naruto Next Generations

Boruto: Naruto Next Generations is written and illustrated by Mikio Ikemoto, and supervised by Masashi Kishimoto. It came into serialization in Shueisha’s Weekly Shonen Jump in June 2016.

Boruto: Naruto Next Generations is the series that follows the exploits of Naruto’s son, Boruto, during his academy days and further on.

The series follows the character development of Boruto and the looming evil that challenges the fate of him and his loved ones.