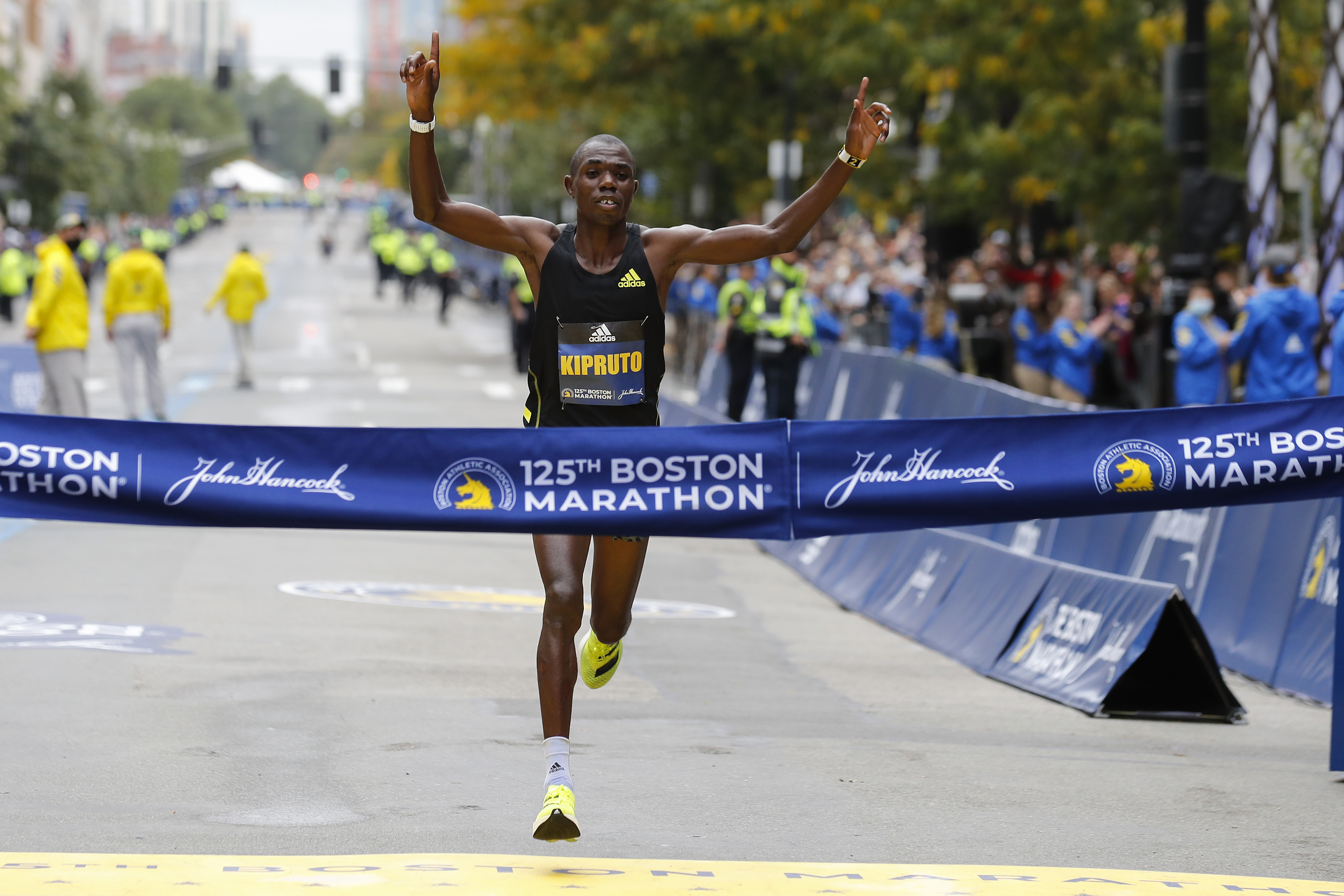 Benson Kipruto secured a first-place finish at the Boston Marathon with a time of two hours, nine minutes and 51 seconds.

The annual race had been held every year in April since starting 1897 until the 2020 version was cancelled amid the COVID-19 pandemic. This year’s race was then postponed to the fall before finally taking place after a 30-month hiatus.

Kipruto outlasted a loaded men’s field to win his third career marathon after previously winning gold at the 2021 Prague Marathon and the 2018 Toronto Marathon.

American CJ Albertson jumped out in front by the halfway point and led for about an hour and 43 minutes, per CBS Boston. Former winner Geoffrey Kirui took over the lead, but it was Kipruto who pulled away for the eventual win.

The 30-year-old finished 46 seconds ahead of 2016 winner Lemi Berhanu as both the men’s and women’s competitions were decided by less than a minute:

Your top three from the men’s elite race at @bostonmarathon:

Your top three from the women’s elite race at @bostonmarathon:

Kipyogei was competing in her first major marathon, having won the 2020 Istanbul Marathon as her biggest achievement to date at this distance. She also had success in half-marathons, but the 27-year-old took a major step up in competition Sunday and came out on top.

Colin Bennie finished in seventh in the men’s side as the top American, while Nell Rojas had the best United States finish on the women’s side in sixth place.