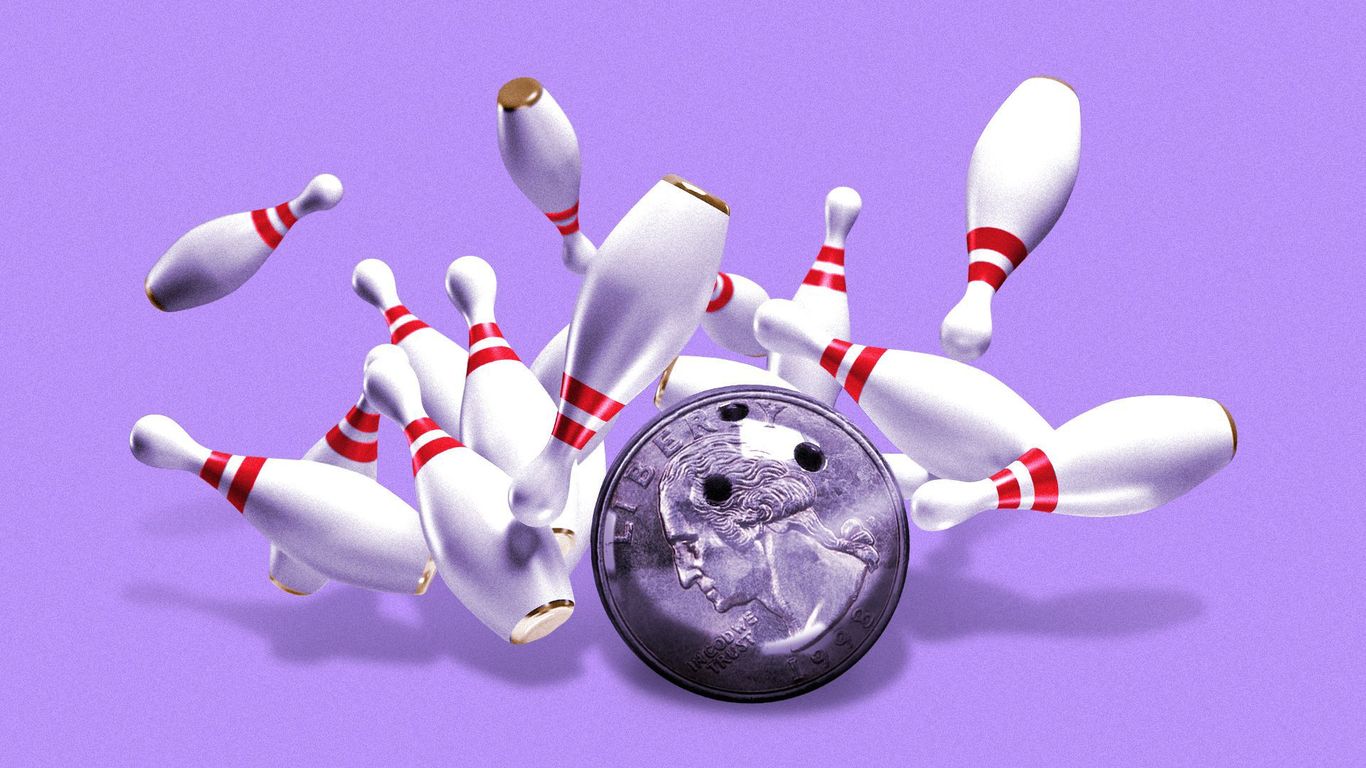 Bowlero, which has consolidated and upgraded one of America’s sleepiest sports industries, is expected to go public later this quarter at a $2.6 billion valuation, via a SPAC led by former World Wrestling Entertainment co-presidents Michelle Wilson and George Barrios.

The big picture: The company says it has 321 bowling centers in North America, which is eight times more than its next-closest rival, and often owns its own real estate. Its assets also include the Professional Bowlers Association.

The big picture: There’s growing momentum around casual athletics, in which bowling is the first mover — particularly among younger people who are seeking a night out that combines socializing with something beyond sitting at a bar.

The bottom line: Bowling is going upscale and to the right, with investors taking notice. Don’t be surprised to soon see lots of rollup plays that view themselves as Bowlero-for-X.