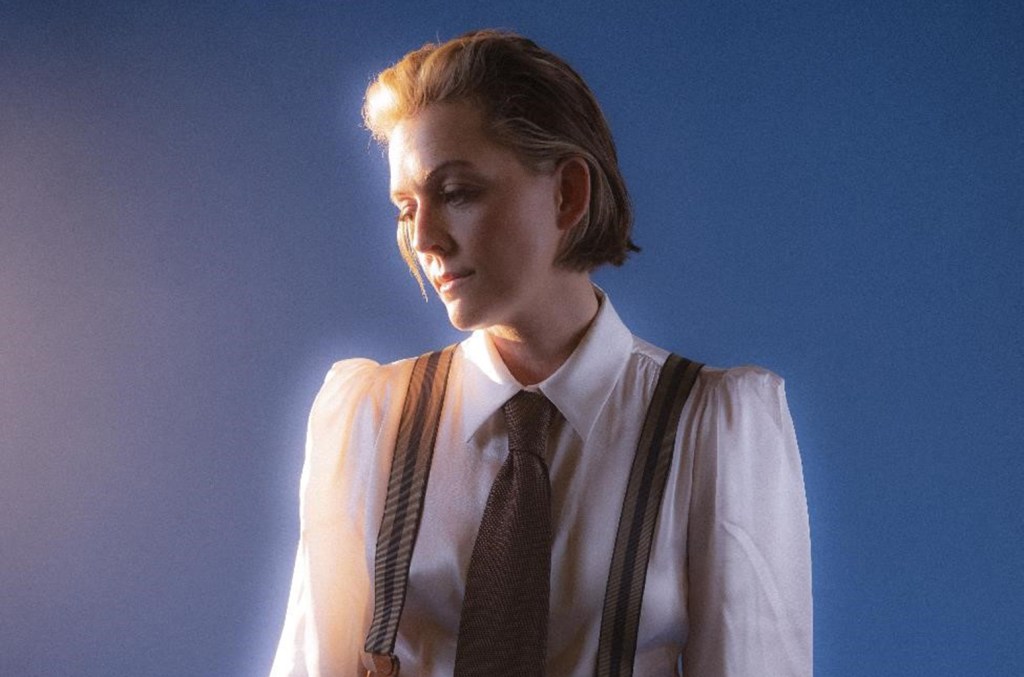 Picking up her phone on a Friday afternoon, Brandi Carlile sounds about as genuine as she ever has when she politely says, “I’m doing really well.”

“Doing well” is likely an understatement — when Billboard chats with the “Right on Time” singer, she is two days away from performing with her “greatest hero of all time” Elton John for his farewell U.S. show at Dodger Stadium. “I feel I am being given one of the greatest gifts of my life by getting to do that,” she says, exasperated. “He gave me an unspeakable honor of getting to sing with him … I will never forget it.”

She’s also coming off of a personal career-high; last week, Carlile earned seven Grammy nominations, tying pop diva Adele for the third-most nominations of the year. Earning more nominations than she ever has in a single year, including in the record and album of the year categories, the Americana categories and her first-ever rock nominations, Carlile sums up her experience with a simple thought: “It is … crazy. Like, really crazy.”

Carlile spoke with Billboard about her record-setting nominations, the importance of community in the Americana genre, and why she’s working on “bridging that gap” between younger generations and sometimes underappreciated musical icons like Joni Mitchell and Tanya Tucker.

Let’s go ahead and jump in — congratulations on seven Grammy nominations! How does it feel knowing you’re tied with Adele for the third-most nominations of anyone?

It’s extremely life-affirming, and it does a lot more for me than I even want it to, if that makes sense? There is an emotional validation that comes with that, where I feel like I shouldn’t be putting that much credence in accolades like that. But it just feels really really nice, and I’ve been having a very lovely past few days because of it.

The part that I kind of am annoyed with myself about is how nervous I got the night before the nominations. I was thinking about it and stressing about it, and at some point, I was like, “B–ch, you are in your 40’s. Calm down. This doesn’t make or break you.” I didn’t wanna care, but I really did!

It must feel amazing, especially because this is the most nominations you’ve received in a single year, and it’s all for your solo work on In These Silent Days.

Yeah, it is incredibly affirming for the record — and for my band, and for Shooter [Jennings] and Dave [Cobb] who produced the record with me. It was really fun when they were announcing all of the album of the year nominees, and we only took up like three lines of the screen — there’s so few of us, we’re such a little engine that could! I was really proud of that! I just remember every step of the way to this place, and I have enjoyed it the whole time.

This year also marks your return to the Americana categories after a brief foray into the pop categories last year with your best pop solo performance nomination for “Right on Time.” I know you’ve spoken about your displeasure at being excluded from Americana; why is that genre representation so important for you?

God, this is gonna sound so f–king Pollyanna. But for me, it’s about community — it’s where you build your house, it’s where you work and cultivate your friends, you collaborate with each other, you sacrifice for each other, you love each other’s victories. After a point, you kind of earn the right to say, “This is my home, these are my people, I belong here,” even if you use an electric guitar on a song or two.

It’s just a home base thing, for me — I’ve built my whole life within this community, including my family and my kids. We’re just rooted in our Americana people. And what Americana really is is a rejection of some of the exclusive tenets of country music — I mean that politically, I mean that sonically. In terms of diversity, Americana is where you’re gonna see it the most.

It’s interesting, because along with going back to Americana, these are also your first-ever rock nominations, for “Broken Horses” — I imagine that would feel like a better label than pop for your music.

Yeah, I feel like there’s a very clear bridge between these two genres that we are crossing constantly. Our heroes have done it, too — we’ve got someone like Elton John doing Tumbleweed Connection; Lucinda Williams doing Car Wheels On A Gravel Road; Dave Grohl showing up in Americana collaborations; even just the overarching concept of Tom Petty as a bridge between rock and Americana. I always say that Americana is a community and an idea, but T-Bone Burnett told me when I was in my early 20’s, “If anybody ever asks you what kind of music you play, immediately say rock n’ roll.” Because he was saying that rock n’ roll is all encompassing, and that it isn’t a genre, it’s a risk you take.

Outside of the Grammys, you have so much going on — your Tanya Tucker documentary came out last month, and you recently announced that Joni Mitchell will be performing with you at the Gorge next summer. You have a unique ability to bridge generational gaps between younger fans and these incredible legends; why prioritize that in your career?

That’s interesting — it sort of leans into my major ideals of feminism and ageism and the way that we get pushed out of our chosen field at a certain age, particularly women and not nearly as often men. So I find so much value and wisdom and character and audacity in these incredible voices. Like, Joni Mitchell’s voice no longer being that high soprano, and now existing in this sort of baritone space, or Tanya Tucker having the most rugged cowboy voice in country music; these are people who are seen for their “peak moments” that came to them much younger than it would have for men.

So, I see so much value in bridging that gap between the older generation of way-pavers in rock and Americana and us in the younger generations as more of a gift than anything else. Like, it’s a privilege to watch someone like Joni have this resurgence, and to see her work affect someone like Olivia Rodrigo — who is, in turn, so graceful about honoring her heroes.

Even just the thought of you performing with Joni for a full show is so exciting to me. What can fans expect from that show next year?

It’s going to be absolutely incredible, because it really is going to be just like Newport — the community around Joni, and the jokes, and the stories, and the laughs, and the Santa Margherita Pinot Grigio, and eventually, Joni singing whenever the f–k Joni decides she wants to sing. It’s gonna be so loose that it’s almost more special than a concert, because you don’t know what’s going to happen. It’s a voyeuristic thing, because we’re allowing people to basically see into a living room jam session.