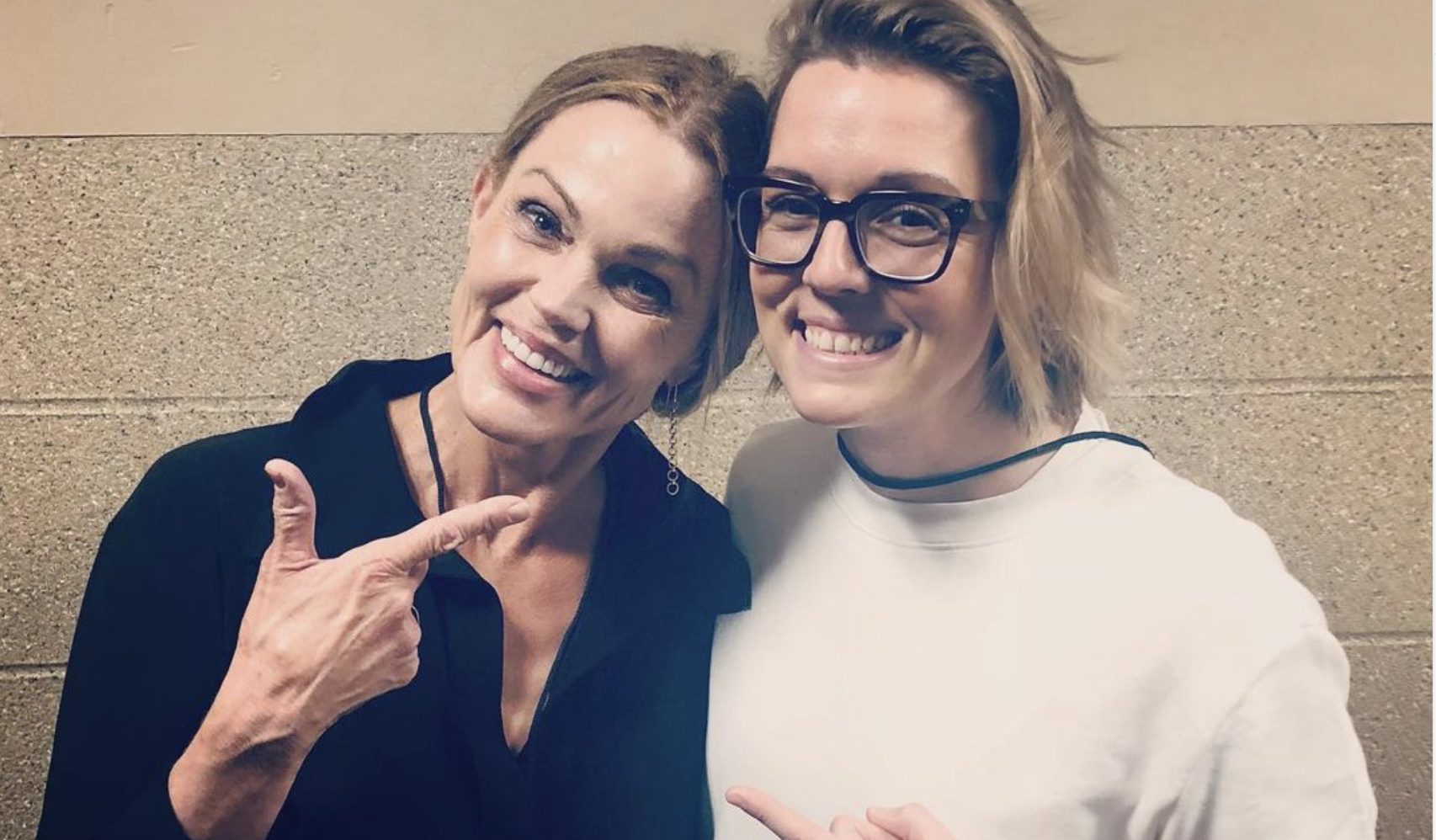 Brandi Carlile and Belinda Carlisle finally met up at the Rock and Roll Hall of Fame on Friday after years of having their names confused, and there was neither a harmonic convergence nor a disruption in the force, but certainly a very nice impromptu photo-op.

Asked by Variety Saturday night in the Hall of Fame press room about the meetup the previous day, Carlile said: “I’ve been getting called Belinda Carlisle since I started making music and having my name anywhere on a marquee. I mean, I would pull up to theaters and have it say ‘Belinda Carlisle,’ or ‘Brandi Carlisle’ with the S. And I think Belinda’s been getting some of the same shit over the course of the last decade or two. So we finally met yesterday and decided to get a photo together so people would see that we’re two different people. I am in love with her and so happy for the Go-Go’s and couldn’t be more honored and excited to be confused for such an absolute killer.”

In her initial Instagram post, Carlile wrote, “It finally happened… and although Belinda Carlisle and I are now best friends. We ARE NOT the same person!”

The Go-Go’s also tweeted an image of Carlisle with the whole band, saying, “Look who we met tonight! Brandi Carlile rules.”

When Belinda Carlisle posted a photo herself on her Instagram account, Brandi Carlile responded: “Feels like the beginning of something…” Who knows what that means, but it may be useful to remember that, earlier this year, Carlile produced two songs for another artist she’s sometimes been confused with over the years, Brandy Clark.

The Go-Go’s are being inducted into the Hall of Fame. Although it might have been amusing to have Carlile-without-an-S doing the inducting, Drew Barrymore is doing the honors for the group — whose breakout album, “Beauty and the Beat,” came out a year before Barrymore starred as a child in “E.T.”

Carlile is on hand with her longtime collaborators, Phil and Tim Hanseroth, aka “the twins,” to sing a three-part-harmony tribute to the two-part harmonies of the Everly Brothers.