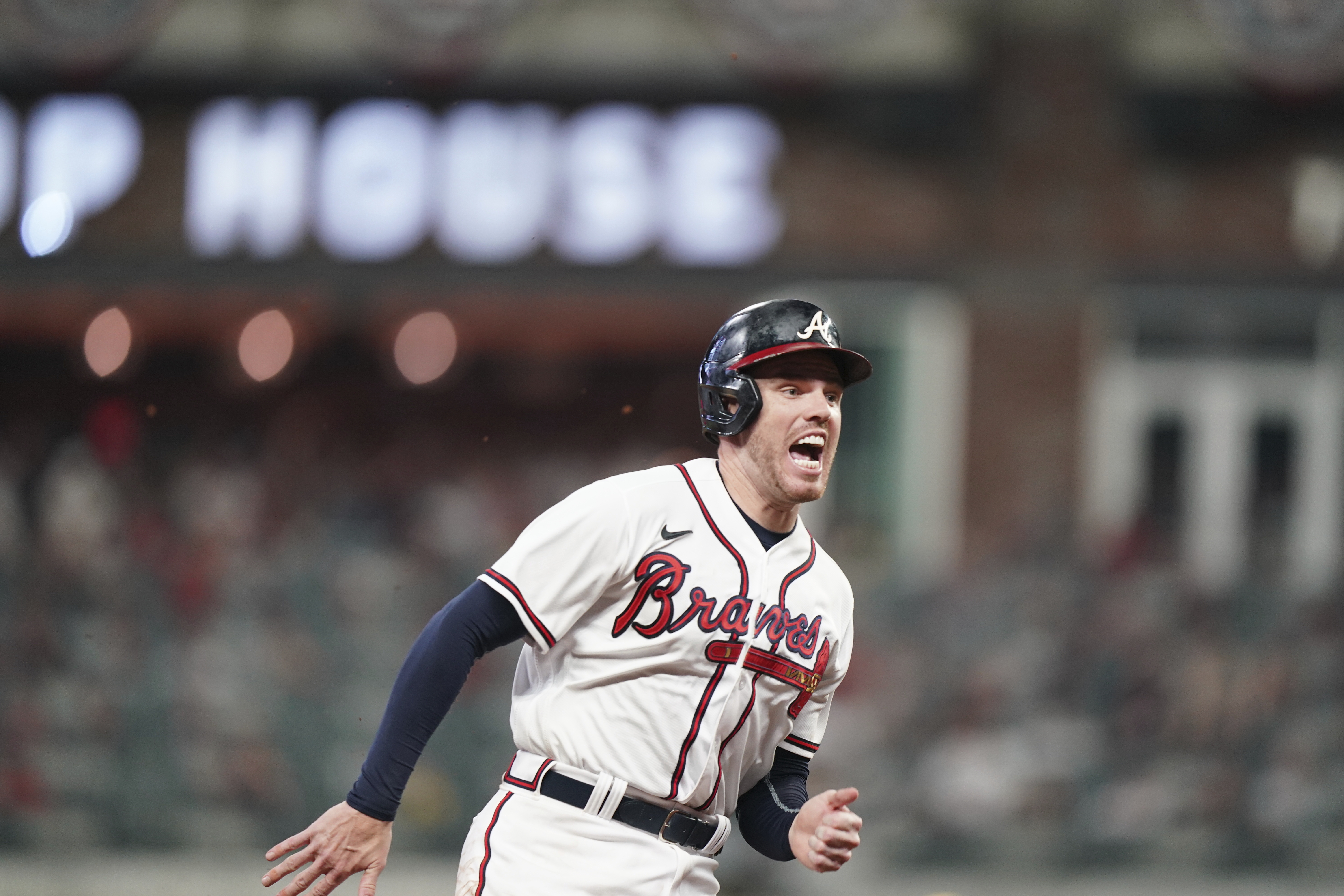 The Atlanta Braves have reached the National League Championship Series for the second straight year with a 5-4 victory over the Milwaukee Brewers in Game 4 of the NL Division Series at Truist Park on Tuesday.

Freddie Freeman provided the knockout blow with a go-ahead homer off Brewers closer Josh Hader in the eighth inning.

Neither offense lit up the scoreboard in the series, but the Braves took control with timely hits when they had runners in scoring position. They also shut out the Brewers 3-0 in Games 2 and 3.

Even in the Game 1 victory, the Brewers offense was mostly silent. The NL Central champions were held scoreless in 25 of their first 26 innings.

After three scoreless innings, both offenses came alive. The Brewers took their first lead of the series since the end of Game 1 on back-to-back RBI singles by Omar Narvaez and Lorenzo Cain.

The Braves got right back into the game in the bottom of the fourth on Eddie Rosario’s two-run single.

Milwaukee had a response of its own in the top half of the fifth. Rowdy Tellez, who hit the go-ahead two-run homer in Game 1, took Huascar Ynoa deep to give the Brewers a 4-2 lead.

Atlanta turned around with two runs to tie the game in the bottom of the fifth. The score stayed tied at four until Freeman’s heroics against arguably the best closer in Major League Baseball.

Even though the Braves kept pace with the Brewers throughout the game, they missed a number of scoring opportunities before Freeman’s homer put them over the top.

Atlanta finished Game 4 going 2-of-13 with runners in scoring position. This has been a glaring problem for the Braves throughout the series. They had just two hits in 17 at-bats in those situations during the first three games.

Adding to the unlikely nature of Freeman’s homer is how dominant Hader has been against left-handed hitters all season. The Brewers closer allowed a .133/.220/.156 with no homers allowed in 45 at-bats against arm-side hitters in 2021.

Freddie Freeman became the 1st player in franchise history with a go-ahead HR in the 8th inning or later in a series-clinching win. pic.twitter.com/ugQOO86JqB

You talk about a big #Postseason moment.

Freddie Freeman just had it.

I sleep easier at night knowing I don’t have to face Freddie Freeman anymore.

By clinching the series in Game 4, Atlanta manager Brian Snitker has the benefit of lining up his pitching staff however he wants for the NLCS.

Max Fried, who tossed six shutout innings in the Game 2 win over Milwaukee, seems likely to get the nod to start the National League Championship Series. The 27-year-old has been their best pitcher all year, boasting a 3.04 ERA in 28 starts.

Charlie Morton could return for Game 2 after throwing 3.1 innings on Tuesday. He only allowed two runs and had five strikeouts before being pulled despite throwing only 69 pitches.

Rookie Ian Anderson will also be well rested whenever his number gets called. The 23-year-old tossed five shutout innings in Game 3 against the Brewers on Monday.

The Braves are four wins away from their first World Series appearance since 1999.

In a win-or-go-home situation, Brewers manager Craig Counsell threw out everything he could think of to keep his team alive.

The biggest surprise in the game was the decision to use Brandon Woodruff, who threw 91 pitches in Game 2 on Saturday, in relief. The right-hander replaced Aaron Ashby with two outs and two runners on in the bottom of the sixth inning.

It paid off, as Woodruff got four outs to keep the score tied at four going into the eighth inning.

Brandon Woodruff on to pitch in the 6th with runners on the corners for the Braves. First relief appearance for him since game 7 of the NLCS in 2018

After Woodruff’s night was done, Counsell elected to put Josh Hader into a tie game in the eighth inning. The left-hander has not pitched more than one inning all season.

We now have an answer for what it would take for the #Brewer to bring in Josh Hader in the 8th inning.

Tie game in an elimination game. That’ll do it.

His last outing of more than one inning was last October, when Craig Counsell brought him in in the 5th, in another elim game

It was a smart strategy in practice, but it wound up backfiring in execution. Hader had no problem getting the first two outs in the inning. He needed just seven pitches to strike out Rosario and Dansby Swanson.

Freeman took the first pitch he saw from Hader deep to straightaway center field for the go-ahead home run.

Josh Hader had faced 231 batters this season giving up only 3 HR, and none to lefties.

That changed when @FreddieFreeman5 stepped up to the plate. pic.twitter.com/onb9YijiLY

This series wound up being a microcosm for the Brewers entire season. Their pitching staff performed well enough to win. They only gave up 12 runs in four games to an Atlanta lineup that scored the eighth-most runs in MLB during the regular season (790).

Milwaukee’s starting pitchers combined to allow five earned runs in 19.2 innings. But it was the offense’s inability to produce that has been the team’s Achilles heel all season.

The Brewers scored the fewest runs (738) during the regular season among the eight teams that reached the Division Series. Only the New York Yankees (711) and St. Louis Cardinals (706) were worse among all playoff teams.

Virtually all of Milwaukee’s core is under contract next season. Eduardo Escobar, who was acquired in a midseason trade with the Arizona Diamondbacks, is the only significant contributor eligible for free agency.

Unless the Brewers want to dip their toes into free agency for a hitter or two, their biggest goal in the offseason will be trying to get Christian Yelich (103 OPS+ since the start of 2020) playing closer to his peak levels in 2018 and 2019 if they want to improve the offense.

The Braves will play the winner of the Los Angeles Dodgers-San Francisco Giants series in Game 1 of the NLCS on Saturday.