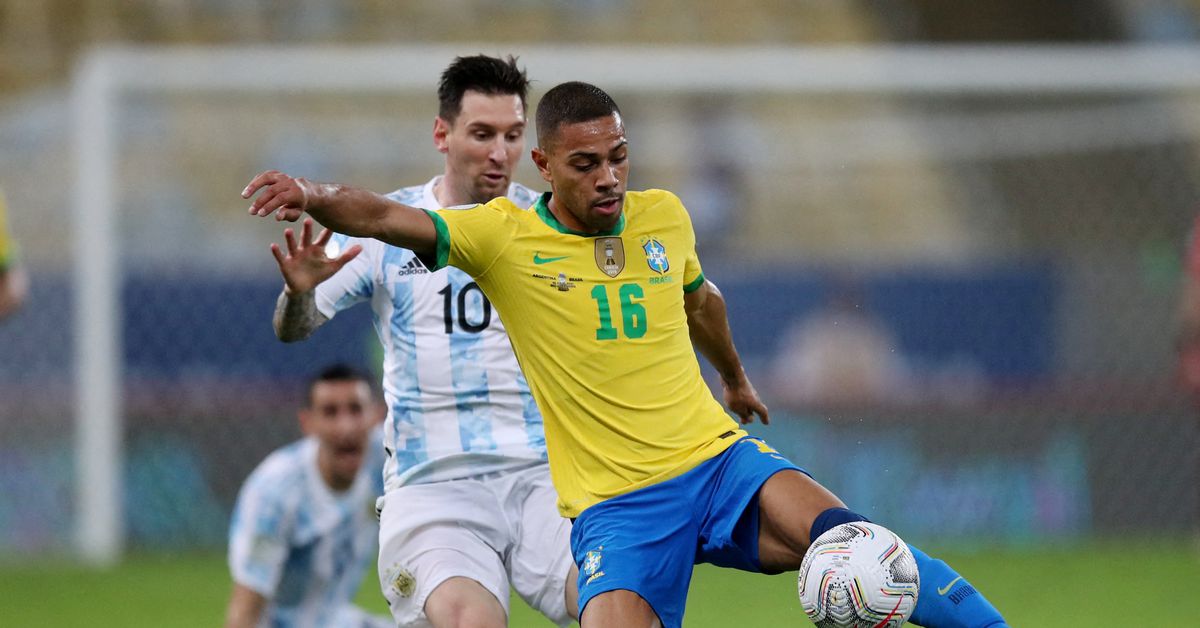 Jan 13 (Reuters) – Brazil coach Tite has left out Renan Lodi for their World Cup qualifiers against Ecuador and Paraguay because the Atletico Madrid full back has not had a full course of COVID-19 vaccines.

“Renan Lodi was excluded from the possibility of being called up due to his non-vaccination,” Tite, who recalled Dani Alves and Philippe Coutinho, told reporters on Thursday. “He missed the chance to compete (for a place).”

National teams coordinator Juninho Paulista said the defender got his first vaccine on Jan. 10 and so would not be allowed into Ecuador, who Brazil play on Jan. 27 before facing Paraguay at home five days later.

Ecuador requires people entering the country to be fully vaccinated, he said.

Tite said he did not agree with those who are reluctant to take the vaccine in the midst of the pandemic.

“I personally believe that vaccination is a social responsibility, it’s both mine and the person’s alongside me,” he said at the squad announcement in Rio.

Lodi is currently in Saudi Arabia where Atletico Madrid will play Athletic Bilbao later on Thursday in the second semi-final of the revamped Spanish Super Cup.

A source close to Lodi said he had not been vaccinated previously because he had contracted COVID. In Madrid, where Lodi is based, the waiting period to be vaccinated against the virus for people who have previously caught it was six months up until August and has been one month since.

Brazil have qualified for the Qatar World Cup and top the 10-team South American group with five matches remaining.

Neymar was also left out due to an ankle injury but Alves, who returned to competitive football with Barcelona last week, returns for the first time since leaving Sao Paulo in September.