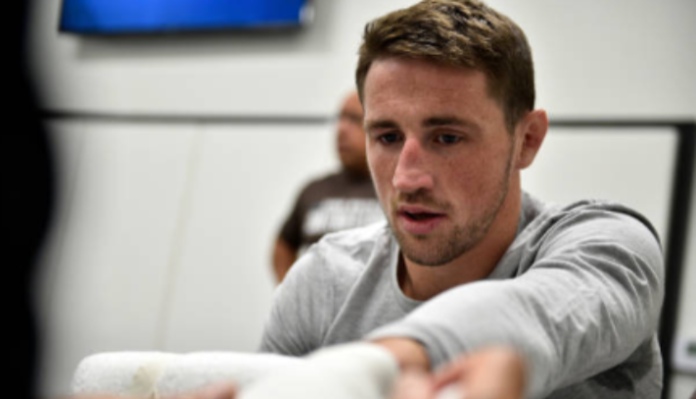 Loughnane competed once in the Octagon in 2012, losing a decision to Mike Wilkinson. After putting in the work on the regional scene, Loughnane made his way to Dana White’s Contender Series in 2019. However, while he did win a decision over Bill Algeo, White passed on signing Loughnane to a UFC contract due to shooting for a takedown in the final 10 seconds of the fight. In a cruel twist of fate, Algeo would later be signed to the UFC.

However, Loughnane ended up in a good situation when he signed with PFL. After winning the first four fights of his PFL career, he lost a split decision to Movlid Khaybulaev in the semifinals. While he won’t be taking on Chris Wade for the $1 million dollars at the PFL Championship on October 27, there is a chance he could still work his way back into it.

PFL this week announced that Loughnane is among the tournament alternates in case of injury or any other issue to the remaining fighters that would take them out of their fight. Therefore, Loughnane has been named as the alternate for the featherweight tournament finals. In addition to Loughnane, the following fighters have also been named as tournament alternates: Denis Goltsov (heavyweight), Emiliano Sordi (light heavyweight), Sadibou Sy (welterweight), Clay Collard (lightweight), and Genah Fabian (women’s lightweight). Ideally, none of these fighters would make their way into the tournament final, as you’d hope the fighters who earned their spots can make it to fight day. But we know that injuries happen in MMA, so you can never be too careful as the promoter.

Do you think Brendan Loughnane or any of these other tournament alternates will find their way back into the bracket, and do you think they can pull off an upset in the finals?