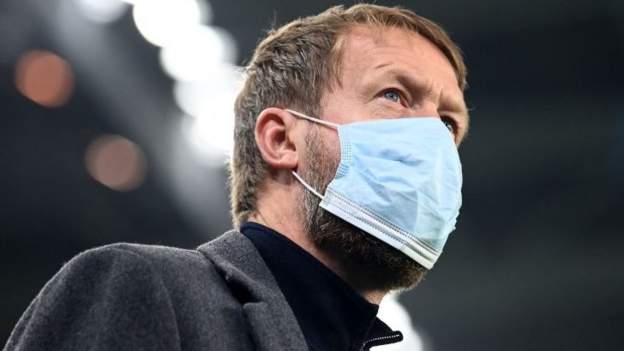 Brighton boss Graham Potter questioned how long “football can continue on the path it’s on” after revealing the Covid-hit Seagulls had wanted their game against Wolves to be postponed.

“We asked the question, yes, because of our situation,” Potter said.

“It is what it is. All you can do is put your case forward, speak to people and they make the decision.”

Defender Joel Veltman is expected to be added to the problems after pulling up with a hamstring injury deep into 11 minutes of stoppage time, with captain Lewis Dunk (knee) and Adam Webster (calf) out for the foreseeable future.

Burnley’s match against Watford, also on Wednesday, was postponed two and a half hours before kick-off after a Covid-19 outbreak in the away team.

Brentford v Manchester United was also postponed on Tuesday because of Covid-19, as was Brighton’s game at the weekend against Tottenham, following a high number of cases in the Spurs camp.

Potter added: “I think the path we’re on, I’m not sure how long we can stay on it for.

“We all want football to continue, want life to continue as best as we can but health is the most important thing.

“We’ve got some issues ourselves and this week has been a little bit disturbing in terms of how quickly we’ve been affected.

“If that carries on then we’ll have to have some serious thought [about action being suspended].”