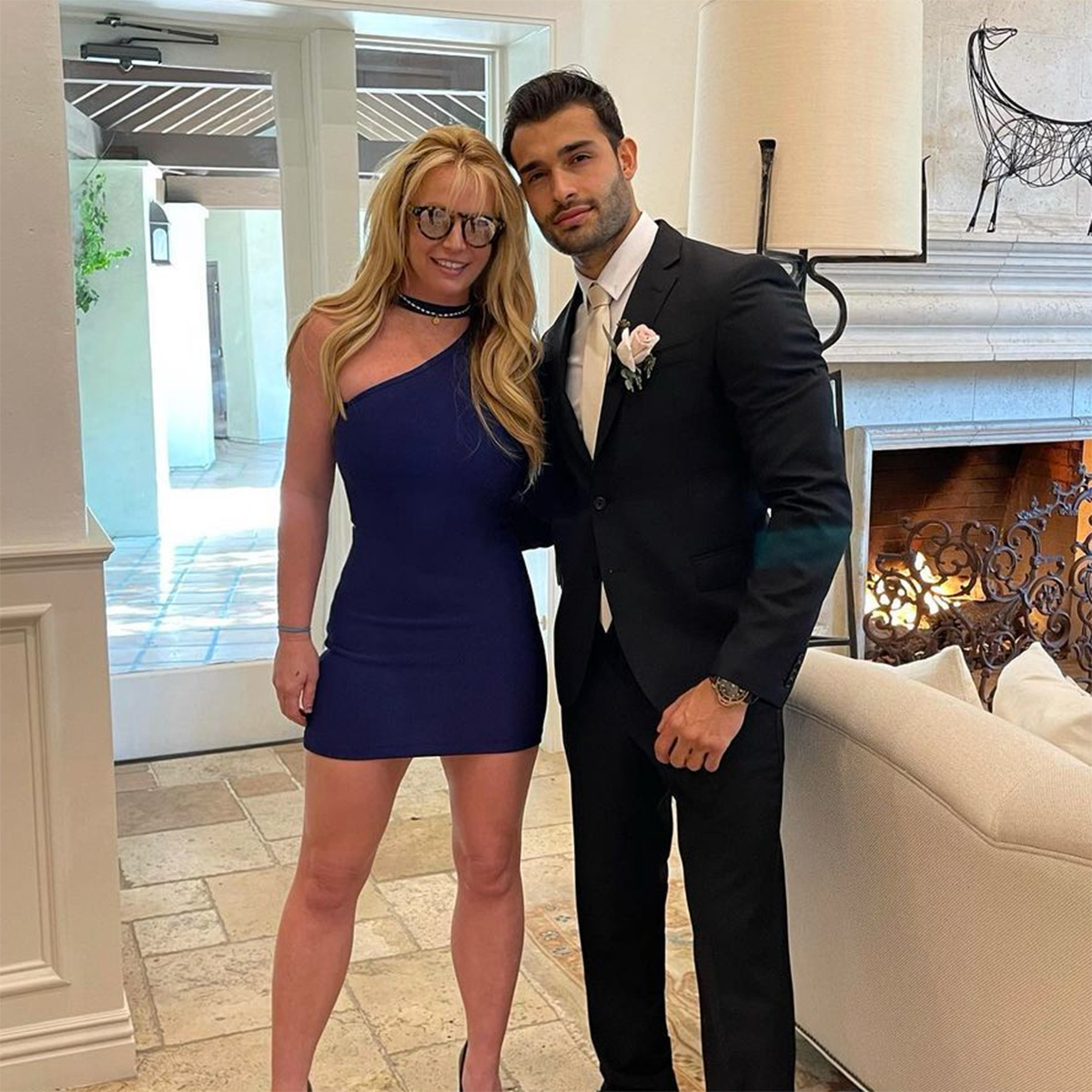 Britney Spears and Sam Asghari are stronger than yesterday!

In fact, the superstar singer and her longtime love are engaged, Spears confirmed on her Instagram on Sunday, Sept. 12. “I can’t f–king believe it,” she wrote alongside a video of her and Asghari, along with her gorgeous 4-carat diamond ring. Asghari also shared the news on his Instagram page, posting a close-up shot of the ring, designed by Forever Diamonds NY, along with king and queen emojis.

This exciting news comes five years after they first met on the set of her “Slumber Party” music video. That’s right, the personal trainer starred in the visual, which dropped in Nov. 2016.

It was not long ago that Spears, 39, who is going through her conservatorship battle, praised Asghari, 27, for sticking by her side. “Not only has this cute a–hole been with me through the hardest years of my life but he happens to be an extremely good cook!” she wrote on social media in August. “Fast & Furious franchise, don’t miss out on your next star.”

In early September, an insider shared insight into the couple’s engagement plans. “Engagement has always been in the cards for Sam and Britney, without question,” a source close to Sam told E! News. “It’s the direction their relationship has been heading for nearly two years now. It’s always a discussion and it’s not a question of if, it’s when.”

“Things are evidently becoming better for Britney with her conservatorship and she’s never felt this liberated in all aspects of her life,” the source continued. “The closer she gets to freedom, the closer she is to seeing all of her dreams become an actual reality. Marrying Sam is high on that list and loving him the way she wants, how she wants, on her own terms. Sam also understands how close they are to being out of the woods, and it’s definitely motivating him to think big.”

The insider also noted how much the pair motivate each other. As the source explained, they are “both feeling so happy and fulfilled in their work and in their relationship. They only elevate one another as a couple and bring out the best in each other.”