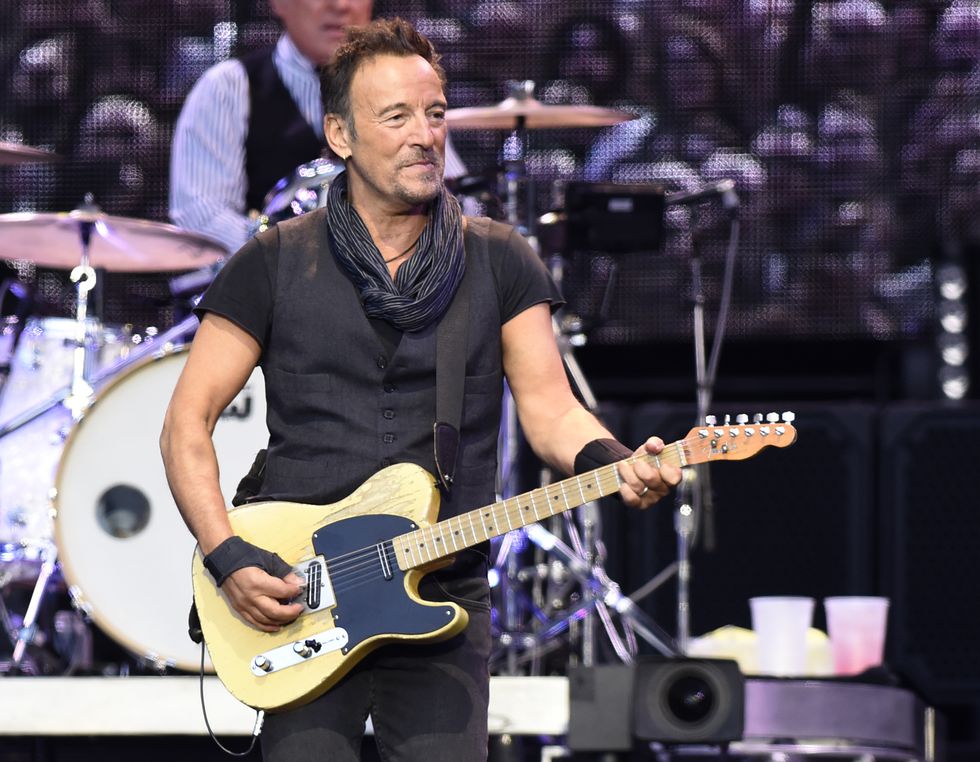 A long, long, time ago, before we chose to spend our precious years bickering about Olivia Rodrigo’s originality or cancelling Dr. Seuss or whether or not fictional reptiles were alligators or crocodiles, we had far more earnest debates. We’re talking about the ’70s here.

One of the lost arts from the Before Times? Debating song lyrics. You know the big ones. Jimi Hendrix’s “Purple Haze”: “Excuse me, while I kiss the sky,” versus “Excuse me, while I kiss this guy.” A Tribe Called Quest’s “Electric Relaxation”: “Relax yourself, girl, please settle down,” versus “Relax yourself, girl, peace at hand/plan.” (The former on both is correct.) Now, we finally have some clarity on the big one. Since its release, Bruce Springsteen fans have debated a lyric in “Thunder Road,” off of the Boss’s iconic 1975 album, Born To Run. For actual decades, people have wondered whether or not “Mary’s dress sways” or “Mary’s dress waves.”

Thanks to The New Yorker‘s David Remnick—who reached out to a longtime collaborator of Springsteen’s, Jon Landau (who is also Springsteen’s manager)—for a definitive answer. “The word is ‘sways,’” Landau wrote to Remnick. “That’s the way he wrote it in his original notebooks, that’s the way he sang it on ‘Born to Run,’ in 1975, that’s the way he has always sung it at thousands of shows, and that’s the way he sings it right now on Broadway. Any typos in official Bruce material will be corrected. And, by the way, ‘dresses’ do not know how to ‘wave.’”

Good point! For what it’s worth, Springsteen didn’t exactly do his part in clearing up the lyrics either. His memoir, also named Born to Run, says the lyric is “sways,” but up until recently, his website said “waves.” Anyway. A waving dress would’ve made for some nice, poetic anthropomorphism, but at least we got a final answer.