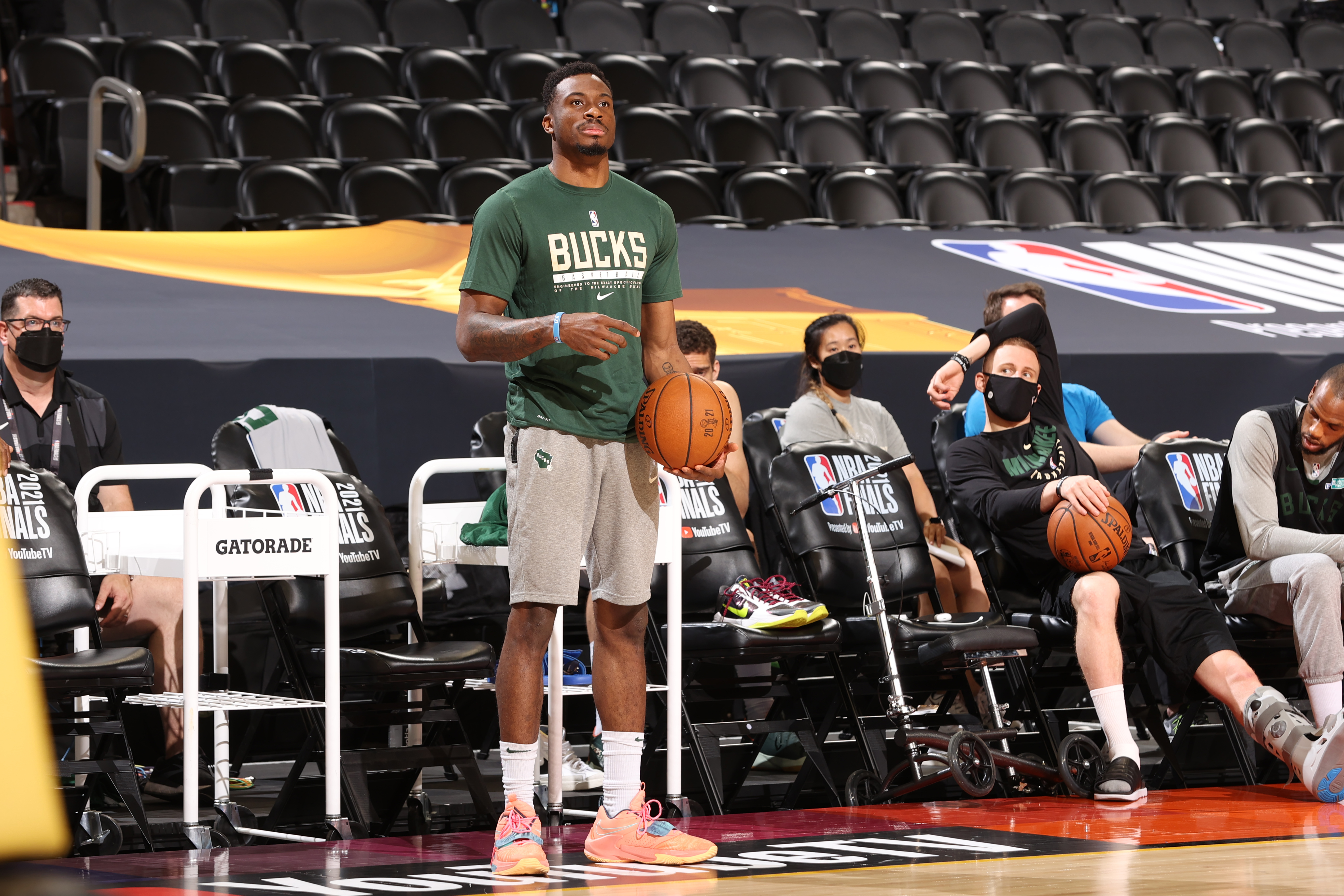 Milwaukee Bucks reserve Thanasis Antetokounmpo, the older brother of Giannis, has been ruled out for Saturday’s Game 5 of the NBA Finals. He will enter the league’s health and safety protocols.

Bucks’ Thanasis Antetokounmpo has entered health and safety protocols and is listed out for Game 5 of the NBA Finals vs. Suns.

ESPN’s Adrian Wojnarowski and Malika Andrews later reported that Bucks assistant coach Josh Oppenheimer wouldn’t be at the game either:

Bucks assistant Josh Oppenheimer won’t be on bench for Game 5, sources tell @malika_andrews and me. https://t.co/kiXQ75FjlX

Wojnarowski reported Saturday marks the third consecutive game where Oppenheimer has been unavailable.

The championship series between the Bucks and Phoenix Suns is tied 2-2. The small forward has played just two minutes during the Finals, grabbing three rebounds in a 120-100 victory in Game 3 on Sunday.

I’ll be interested in seeing how Giannis Antetokounmpo responds with his big brother Thanasis sidelined because of health & safety protocols. TA didn’t play much but always gave GA that pregame hug/pep talk & has provided calming words at critical moments, like Game 7 in Brooklyn

“I mean, we are aware—we live in this world—whether it’s all 50 states going up or things that are happening closer to us at home,” Budenholzer said. “I think all the players, I think they’re locked in, being safe, being healthy. Hoping for the best for everybody around us and our country. But, yeah, there’s a real push to stay safe, to stay healthy, to be vigilant. Both teams, we’re very, very close to the finish. We’re excited about finishing this strong.”