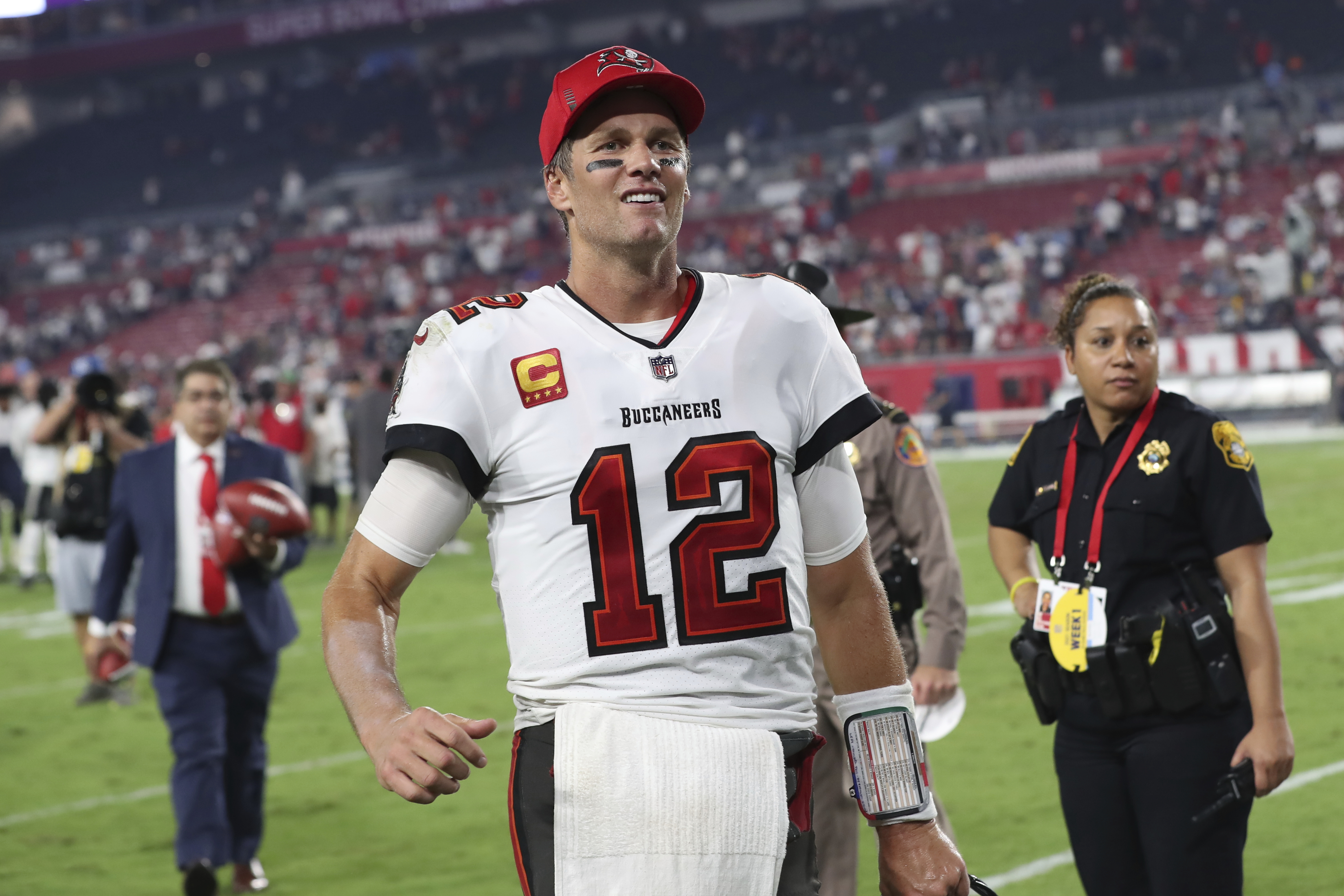 Tom Brady was close to perfect during the Tampa Bay Buccaneers’ 31-29 victory over the Dallas Cowboys in Thursday’s season opener, but his teammates weren’t always as dialed in at times.

“There’s obviously a lot to clean up,” the quarterback told reporters after the game.

Brady may be 44 years old, but he showed no signs of slowing down after leading the Buccaneers to a Super Bowl title. He dazzled from the start and threaded passes through the middle of the defense, lofted them over the top and established an immediate rapport with longtime favorite target Rob Gronkowski.

The result was 379 passing yards and four touchdowns.

However, the overall effort was far from perfect. After all, Ronald Jones II’s fumble and a screen pass that hit Leonard Fournette in the hands and bounced up only to be intercepted by Dallas resulted in 10 eventual points for the visitors.

There were also costly mistakes in the fourth quarter such as when Godwin dropped a beautifully placed deep ball that could have been a touchdown to cut short one drive and then fumbled inside the 5-yard line on another that seemed destined to end with a touchdown.

Rather than pulling away at the end with two potential scores, the Buccaneers offense watched Dak Prescott drive the Cowboys down the field for the go-ahead field goal with fewer than two minutes remaining.

Yet Brady responded like he so often has throughout his brilliant career and moved down the field to set up Ryan Succop’s game-winning field goal. Godwin also got redemption with a critical catch on the drive, although he may have escaped with offensive pass interference.

Tampa Bay also escaped with the win even though Brady acknowledged there is room to improve.