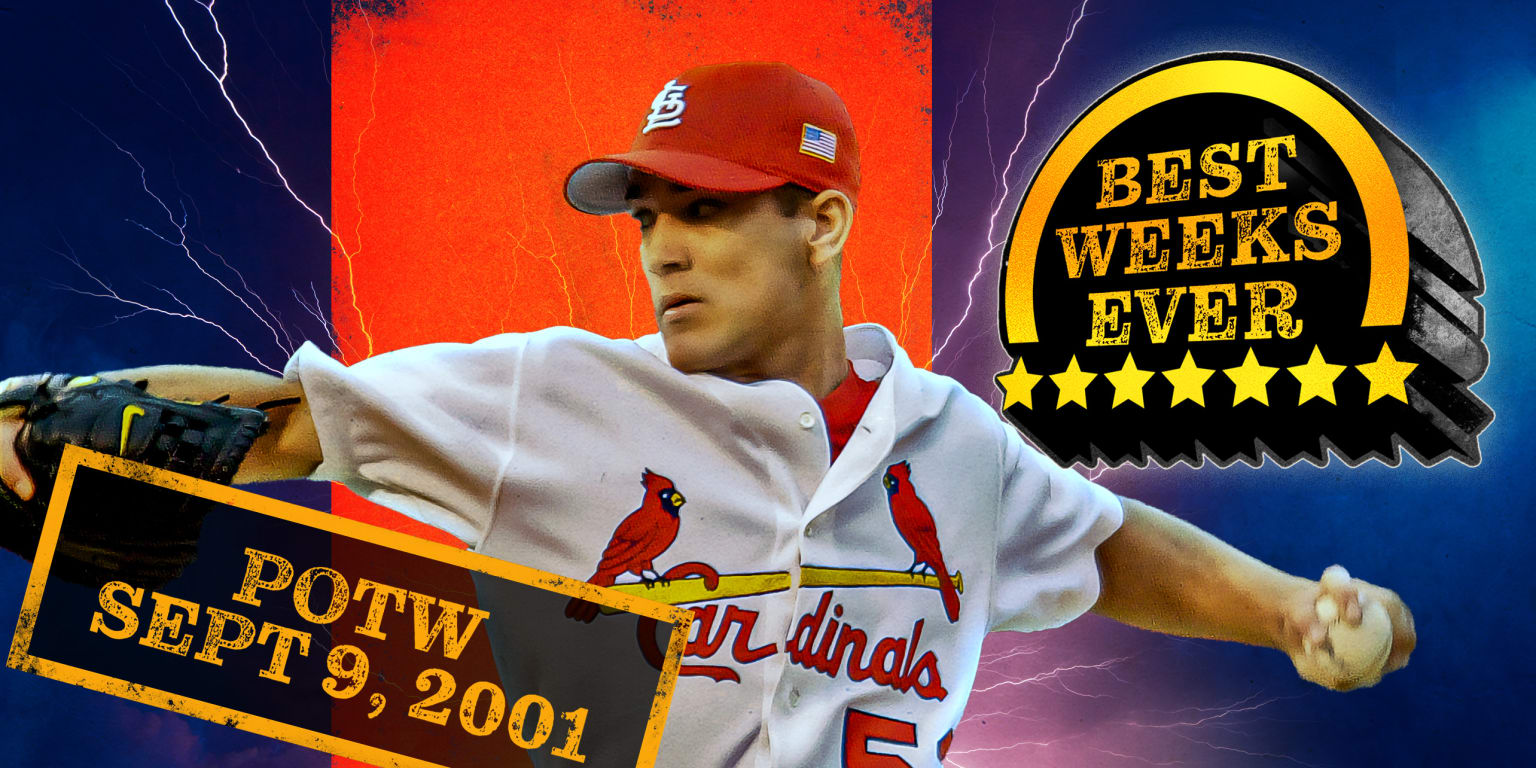 In this ongoing series — inspired by Stereogum’s “The No. 1s” — we’ll look back on some of the more interesting, notable, and unexpected players of the week in MLB history, an award that has been given out since 1974. While many players of the week have been written about extensively and are entrenched in baseball lore, that is not always the case.

Every player dreams of having that game of his life, his “For The Love of the Game” moment, when his entire career culminates in one perfect night, when everything falls exactly right. The best thing about Bud Smith’s night is that he spent a good portion of it telling Mark McGwire how to hit.

Smith had been a perfectly serviceable starter for the St. Louis Cardinals in 2001, making eight effective starts for a playoff team that had an aging superstar in McGwire and a rookie who had showed up out of nowhere and taken the league by the throat in Albert Pujols. (The 2001 season was the only year McGwire and Pujols were teammates. That team also featured J.D. Drew, Ray Lankford, Bobby Bonilla and Rick Ankiel.)

But then on Aug. 23, the Reds batted Smith around for seven runs in a 12-2 loss, and his next start, at home against the Padres, was even worse, giving up seven more in just 3 1/3 innings in a 16-14 win. Smith’s ERA jumped up more than a full run in those two games, and there was every reason to think his spot in the rotation, for a team that was trying to win a World Series, was in jeopardy. He took the mound on Sept. 3, Labor Day night, against those same Padres who just knocked him around, on national television, pitching for his job.

Pujols, who was in the middle of a Drew/Pujols/Jim Edmonds/McGwire lineup sandwich, hit a two-run homer off Bobby Jones in the top of the first, and Smith had himself a lead. The first sign that thing were going well was when he struck out the first batter, Rickey freaking Henderson, looking. If you’re getting Rickey Henderson looking, you’re doing something right. Through five innings, Smith had allowed only two baserunners (former Cardinal Lankford and Rickey, who of course then stole second base) but he had thrown 70 pitches. A rookie with 70 pitches through five? There’d be no no-hitter that night. Then-Cardinals pitching coach Dave Duncan said, “I was almost rooting for him to give up a hit so we could get him out of there.”

But Smith didn’t. In front of 40 family members and friends — Smith grew up in nearby Bellflower, Calif., just south of Los Angeles — Smith kept going, setting down Phil Nevin, Bubba Trammell and Lankford in order in the seventh. In the top of the eighth, McGwire came up and hit a line drive right up the middle, but Padres shortstop D’Angelo Jimenez had shifted to play behind the bag and caught the sizzler. McGwire took this opportunity to relax Smith, sitting alone in the dugout, by sitting next to the rookie. He groused about the shift, saying that should have been a hit, and Smith, who was grateful to have something else to talk about, patiently explained to the man who would finish with 583 career home runs that “perhaps you should hit it where there aren’t defenders.” McGwire smiled and thanked the rookie left-hander for his advice on hitting. “I wasn’t even thinking about pitching,” Smith said later. “Whatever he was doing worked.”

The biggest scare came in the eighth, when the Padres pitch-hit none other than Tony Gwynn, who was in the final year of his career and was only appearing in pitch-hit appearances by that point. (His last start of his career was on Aug. 11. He homered.) He slapped a ball up the middle, but Edgar Renteria had shifted as well, and threw him out.

Then came the ninth, and the finish:

Smith’s career was never the same either. He appeared in three more games that season, two wins and a loss, and also started Game 4 of that year’s NLDS against eventual World Series champion Arizona, giving up one run in five innings in a 4-1 win. But his mechanics got away from him in the offseason, and he was a mess in 2002, putting up a 6.94 ERA in 10 starts and being regularly sent down to the Minors. At the 2002 Trade Deadline, the Cardinals gave up, sending him to the Phillies, along with Placido Polanco and Mike Timlin for … Scott Rolen. He appeared in three games for Triple-A Scranton that year, started 2003 in Double-A and 2004 in Triple-A, but never reached the Majors again. He finally retired after two years in independent ball in 2007. After his no-hitter, Smith had four games as a feasible Major League pitcher. But he sure did make that one night count. Cardinals fans will never, ever forget it. I know this one won’t.

The other Player of the Week that week was Juan Gonzalez, the Cleveland version. Juan Gone had signed a one-year, $10 million deal with Cleveland that offseason and was well worth it, hitting 35 homers and notching 140 RBIs, as well as putting up a .370 OBP — the second-highest of his career. He finished strong, and that week was a big one, with four homers in three games, along with a stretch that pushed his batting average over .342. That would lead him to sign back with the Rangers in the offseason, but because of injuries and ineffectiveness, that two-year deal would be a bust. He’d take his final MLB at-bat in 2005, also with Cleveland. He grounded out, hurt himself and never played again.

Needless to say, the world was about to change in a very dramatic way, right after Smith and Gonzalez were named POTWs. Every news story from this time seems, now, almost charmingly unimportant. The Washington Post, a few years ago, did a rundown of the major stories during the final days before Sept. 11.

Here is your reminder of all the albums that were released on Sept. 11, 2001:

Do you remember “The Musketeer”? Why would you? That was the top movie on Sept. 11, though “Zoolander” was about to come out. The No. 2 movie: “American Pie 2.”