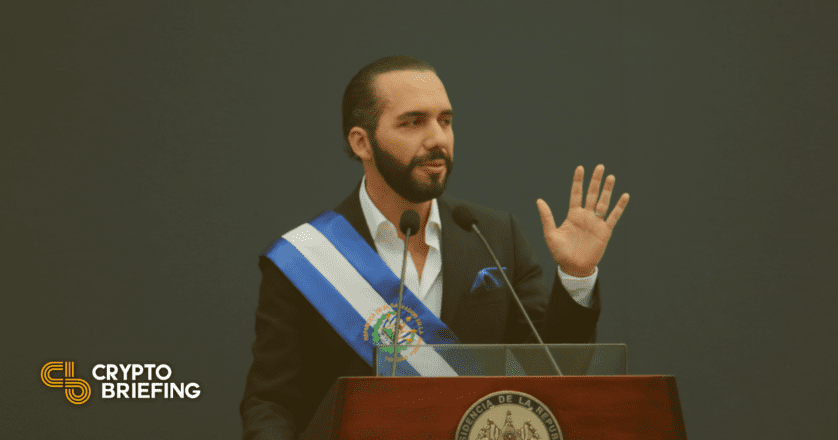 The El Salvador government, headed by pro-Bitcoin President Nayib Bukele, may be surveilling journalists based on recent reports. The news has drawn backlash from the crypto community.

Journalists Were Watched Via Pegasus

During an investigation in September 2021, the University of Toronto’s Citizen Lab found that 35 journalists and citizens (with 37 mobile devices) had been infected by the spyware “Pegasus.”

El Faro said that its staff accounted for 22 of the targeted staff members and that it was “under constant surveillance” between June 2020 and November 2021. It also said that 226 infections were discovered and that two-thirds of its staff were affected.

The Pegasus spyware is capable of monitoring text messages, calls, passwords, and user locations. In 11 cases at El Faro, targets were not merely monitored; information was actively stolen or extracted.

The Government Is the Likely Culprit

The government of El Salvador is believed to be behind this activity. El Faro founding director Carlos Dada says that “everything points to the fact that it’s the Salvadoran government who is responsible.”

This reasoning is based on the fact that Pegasus is created by the Israeli technology firm NSO Group. That group is believed only to sell the product to governments, and even then only when it is authorized to do so by the Israeli government. Pegasus is generally used by those governments for internal surveillance.

Combined with the fact that El Salvador has blocked some of the above news organizations from press conferences and threatened them with legal infractions, the El Salvadoran government has demonstrated a willingness to harsh tactics against those groups.

For its part, the El Salvador government has denied any role in the surveillance, stating that it “is in no way related to Pegasus and is not a client of the NSO Group.” Furthermore, it says that government officials themselves have been targeted.

NSO, meanwhile, has long claimed to be legitimate. It says that it only sells software to “vetted and legitimate intelligence agencies” and that its software is used to prevent criminal activity and terrorism.

Still, Pegasus is generally treated as malware, not just by rights watchdogs such as Amnesty International and Access Now but also by affected companies such as Apple and WhatsApp.

News that El Salvador may be monitoring journalists has raised concerns in the crypto community, as the country has become well known for embracing Bitcoin by approving it as legal tender.

Furthermore, President Bukele has often presented himself as a savvy member of the cryptocurrency community by “buying the dip,” or purchasing crypto at low prices. He has also used Bitcoin for altruistic purposes such as building new schools and has harnessed clean volcanic energy to power Bitcoin mining operations.

Now, those benevolent actions may be overshadowed. David Z. Morris of Coindesk wrote that if this week’s accusations are true, “the Bukele administration can no longer be considered a trustworthy partner” for the Bitcoin community.

In short, the country’s surveillance policies go against the goals and values of the cryptocurrency community, which aims to provide privacy, security, and freedom from government intervention.

Is the Crypto Community Part of the Problem?

Elsewhere, Bitcoin critics have accused the crypto community itself of being part of the problem. Cas Piancey, co-host of the podcast Crypto Critics’ Corner, noted the irony in Bitcoiners advocating transparency and freedom “but totally support[ing] a Central American dictator who plants bugs on journalists he doesn’t like.”

Indeed, Bukele’s strong-arm tactics—such as his armed occupation of Congress and his attempts to dismiss aging judges—were widely known as the country adopted cryptocurrency last year. Ethereum creator Vitalik Buterin was also been critical of Bukele and his supporters last year, calling the country’s adoption policy “reckless” and criticizing certain Bitcoin maximalists for their uncritical support of Bukele.

Bukele’s online conduct has also raised eyebrows: last year, he questionably branded his Twitter profile the world’s “coolest dictator,” and currently styles himself as “CEO of El Salvador” on that platform. With this week’s news, Access Now highlighted that Bukele has enabled the harassment of journalists online.

Yet these incidents have not diminished positive responses to Bukele’s ongoing pursuit of Bitcoin. It remains to be seen whether this week’s accusations will be enough to tarnish his image in the eyes of the cryptocurrency community.

The news comes days after others have questioned whether El Salvador’s investment in Bitcoin will maintain its monetary value.

Since September 2021, the country has purchased 1,391 BTC, an amount that is currently worth $60.2 million. Bloomberg reported on Jan. 12 that El Salvador’s purchases are likely down 14% from their initial value of $71 million.

Moody’s also told Bloomberg that the country’s Bitcoin holdings “add to [its] risk portfolio” and are a questionable choice for a nation that has experienced issues with liquidity in its main economy.

Disclosure: At the time of writing, the author of this piece owned BTC, ETH, and other cryptocurrencies.

Answer the questions below and share your email for a chance to win. Every month, 5 people will receive a $360 1-year subscription to Pro BTC Trader. Free. We’re doing…

Bitcoin “Should Not Be Used” as El Salvador Currency: IMF

El Salvador Is Building a City Dedicated to Bitcoin

El Salvador made Bitcoin legal tender today. The country has also announced that BitGo will be its digital wallet provider. Bitcoin Becomes Legal Tender in El Salvador El Salvador has…