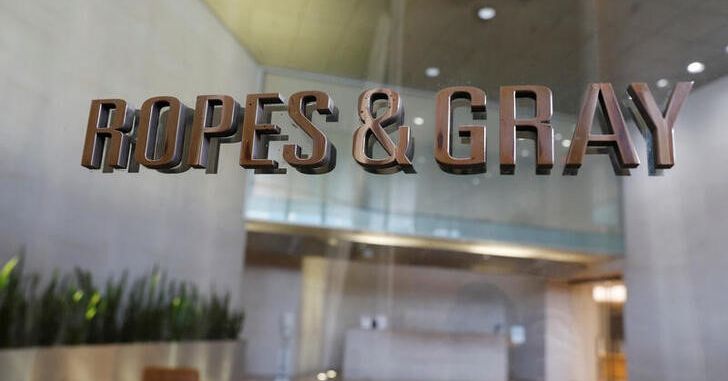 The logo of law firm Ropes & Gray LLP is seen outside of their office in Washington, D.C., U.S., August 31, 2020. REUTERS/Andrew Kelly

Morrison served as head of the Boston-founded law firm’s global private equity transactions group, Advent said. She will take over at the end of the year for James Westra, who has been the buyout firm’s top lawyer since 2011 and is retiring.

Morrison has advised Boston-based Advent as outside counsel on several deals, including its acquisition of cybersecurity firm Forescout Technologies Inc, according to an archived version of her Ropes & Gray online biography.

Advent has over $100 billion in assets under management, according to a May press statement on fundraising.

Julie Jones, the chair of Ropes & Gray, said in an emailed statement on her departure that Morrison is “an exceptional lawyer and a leader in private equity, who brings deep expertise to Advent.”

Ropes & Gray partner David Blittner is now head of the firm’s private equity practice, according to a spokesperson.

Sara Merken reports on privacy and data security, as well as the business of law, including legal innovation and key players in the legal services industry. Reach her at sara.merken@thomsonreuters.com