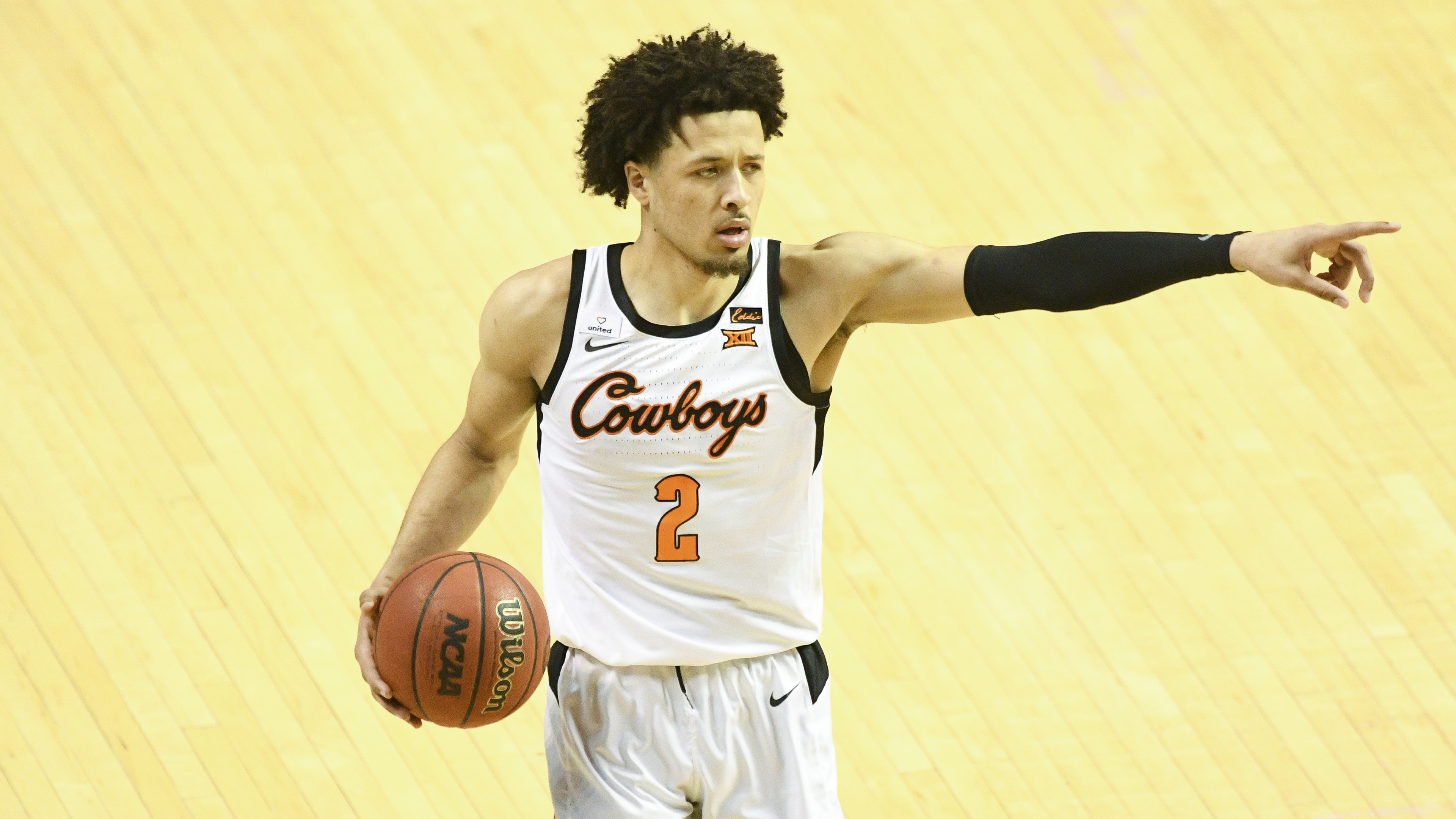 One month away from the 2021 NBA draft, potential No. 1 overall pick Cade Cunningham believes his style of play is reminiscent of one of the league’s best young players.

Appearing on The Old Man and the Three podcast, Cunningham explained why his game compares favorably with Luka Doncic (starts at 5:40 mark).

“Our body types probably resemble each other the most, as far as who I look like in the NBA,” he said. “[Luka’s] role. He’s a primary ball-handler. He’s the one kinda making the plays, so that’s why I say Luka a bunch.”

Doncic has been a popular player comparison for Cunningham in pre-draft evaluations of the Oklahoma State star.

ESPN NBA draft analyst Mike Schmitz said on The Jump in March that Cunningham can do virtually everything on the offensive end that Doncic does:

“If you like step-back threes, 6’8 point guards, 40-point games, game-winner after game-winner, (Cade is) your guy. He’s the Luka Doncic of college basketball when you talk about his positional size, his ability to get to his spots. He can score at all three levels, he makes everyone around him better.”

B/R’s Jonathan Wasserman has Cunningham ranked as the top prospect in the 2021 draft class, citing his “versatility and positional interchangeability” as his biggest strengths.

Expectations for Cunningham have been off the charts dating back to his time in high school at Montverde Academy. He was a 5-star recruit and top-ranked prospect in the 2020 college class by 247Sports composite rankings.

Cunningham certainly lived up to the hype during his one season with the Cowboys. He was named Big 12 Player of the Year after averaging 20.1 points on 40 percent shooting from three-point range, 6.2 rebounds and 3.5 assists per game in 27 appearances.