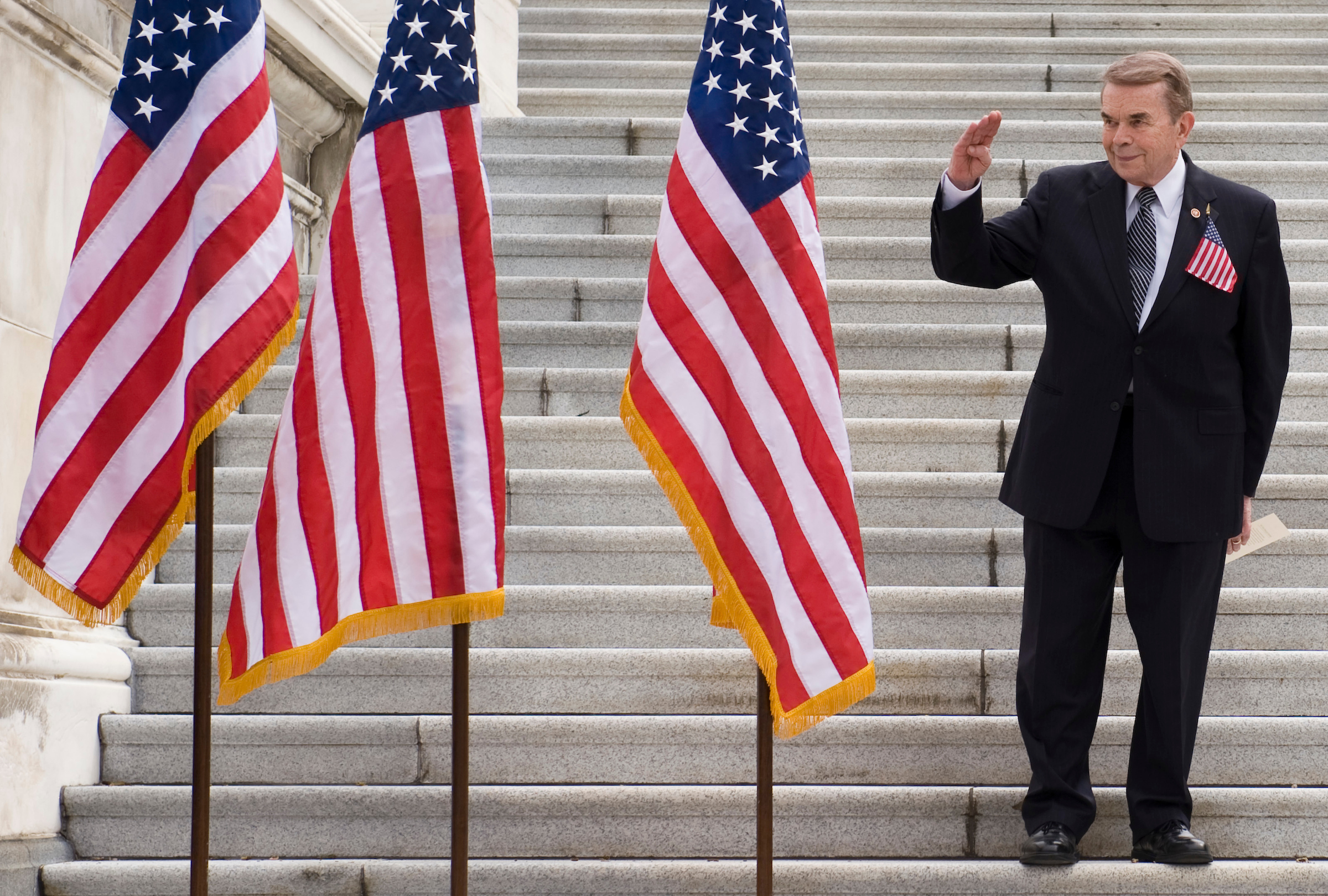 Former Michigan Rep. Dale E. Kildee, the man some called the “Cal Ripken of Congress” for casting more than 20,000 votes over the more than three decades he served in the House, has died. He was 92.

Kildee’s death was announced Wednesday by his nephew Rep. Dan Kildee, who succeeded his uncle in representing Flint and the surrounding area in Congress.

“First and foremost, Dale was family. Born into a large Catholic family that cherished our Irish heritage, Dale was an incredible uncle and role model,” Dan Kildee said in a statement. “Later, as I followed in his footsteps into a life of public service, Dale became a political mentor to me.”

“I have lost a wonderful member of my family, and the people of Michigan lost an incredible public servant,” he continued. “We mourn his loss while recognizing the great contributions that he made to Flint, the state of Michigan and our country.”

The family did not share the cause of Kildee’s death.

Kildee was first elected to the House in 1976, after stints in the state House and state Senate. He served for 36 years before deciding against a 19th term and retiring in 2013.

Like Ripken, the legendary Baltimore Orioles shortstop who holds the record for consecutive MLB games played, Kildee was proud of his extensive voting streak and used to carry a laminated sheet — routinely updated by his staff — detailing how many consecutive votes he had cast.

He was known for his quiet work to protect the auto industry and labor unions and his efforts to improve public schools. But he drew attention during the 2009 House debate over what would become known as Obamacare, a health care overhaul he played a part in drafting.

Unlike most in his party, Kildee opposed abortion, and he supported an amendment authored by fellow Michigan Democrat Bart Stupak and Pennsylvania Republican Joe Pitts that would have barred the use of federal funding for insurance plans that cover abortion. But the Senate opted for different provisions that some abortion opponents said didn’t go far enough, which put Kildee in a difficult spot.

The devout Catholic, who once studied for the priesthood before entering politics, prayed with his priest, who told him that despite the official church position, he would be doing the right thing in voting “yes” on the bill.

His vote prompted headlines and attention back home that Kildee wasn’t known to enjoy. He generally had no trouble winning election to his Flint-area seat but had a close call in 1994, when he won by just 4 points during the so-called Republican Revolution. Kildeee won his final term in 2010, another good cycle for Republicans, by 9 points.

While not a firebrand, he spoke of his strong belief that “the government’s role is to promote, protect, defend and enhance human dignity.”

Kildee, a former teacher at Flint Central High School who began his political career in 1965 during the heyday of the civil rights movement and the Great Society, was a champion for the rights of Native Americans.

His grandparents, who came to the U.S. from Ireland, had frequent contact with American Indians on the reservation near Traverse City. As a state legislator, Kildee helped create a program that allowed Native Americans in Michigan to attend state colleges for free. In Congress, he was a founding members of the Native American Caucus.

Kildee also helped to negotiate the 2001 education law known as No Child Left Behind, which increased federal funding for education while setting strict accountability standards for states.

“Dale fought fervently for programs to address hunger in our country, establishing the first of its kind summer nutrition program in churches so kids wouldn’t go hungry,” his nephew said in his statement Wednesday.

Kildee grew up in Flint, watching his father walk a dozen blocks from home to the General Motors’ Buick “40 plant” assembly line. When he started, his father couldn’t afford one of the vehicles he was helping assemble, but by the time he retired in 1950, he was able to afford one, thanks to union efforts to raise wages and pensions.

Kildee supported propping up the automobile industry during the 2009 recession and voted for programs that got older cars off the road and incentivized new car sales, an issue important to his district.

“Dale was always proud that he was from Flint, the birthplace of the modern labor movement,” Dan Kildee said of his uncle. “Dale never forgot who he worked for or the constituents who sent him to Congress. And Dale always brought civility and kindness to the political debate, something that we all could learn from today.”

He is survived by his wife, Gayle, and three children, David, Laura and Paul, and grandchildren.