California budget aims to clear up port congestion and pollution 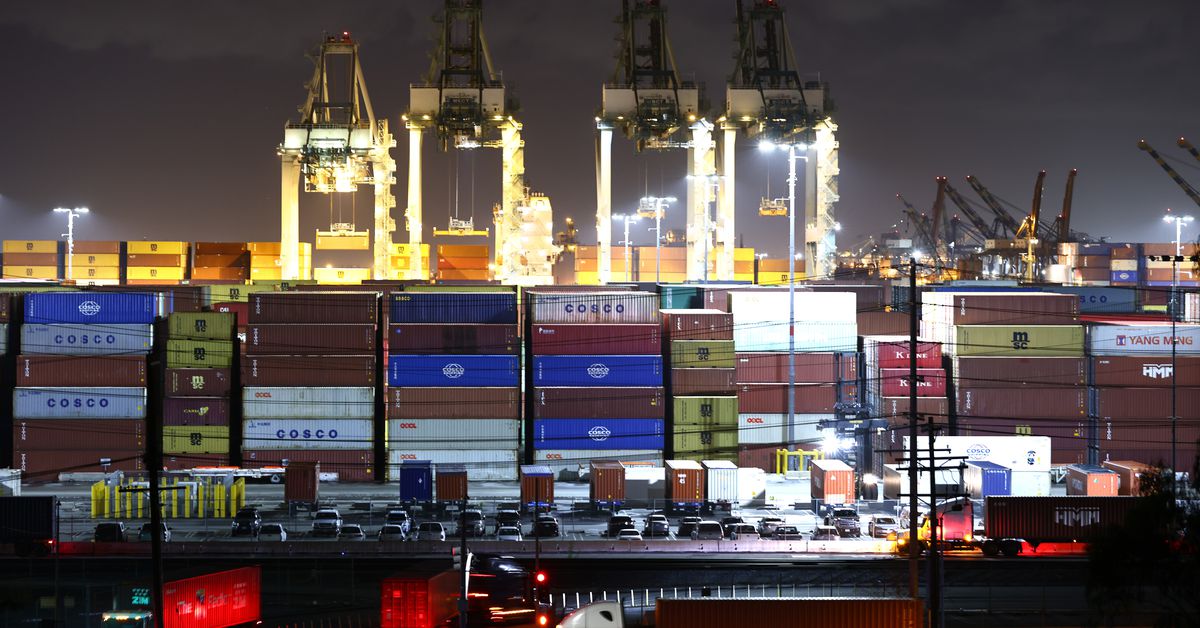 The draft budget released yesterday for the 2022–23 fiscal year proposes investing $2.3 billion in the state’s congested ports. That includes $875 million for zero-emission vehicles and infrastructure — with a majority earmarked for trucks. It also includes $1.2 billion for “port-related” projects, like rail yard expansions, meant to increase the flow of goods from ports to consumers.

Southern California is home to the ports of Los Angeles and Long Beach, which together comprise the busiest port complex in the Western Hemisphere. Americans’ shopping habits have long saddled neighborhoods near these ports and others with pollution from ships, trains, and trucks transporting everything from electronics to furniture. But the COVID-19 pandemic has made things considerably worse, triggering toxic traffic jams as container ships piled up offshore and trucks struggled to keep up with the rush of imported goods.

To alleviate the recent supply chain bottlenecks, state and federal officials have announced initiatives aimed at boosting port capacity. But those efforts, like Joe Biden’s decision last October to keep ports open 24/7, can also increase pollution unless ports turn to zero-emission vehicles at the same time. Emissions from container ships, which typically burn heavy bunker fuel and diesel, have been tied to 60,000 premature deaths globally in a single year. Diesel-burning trucks, meanwhile, largely drove a jump in US greenhouse gas emissions last year. Without a transition to cleaner transportation, ports will continue taking a toll on nearby residents’ health and thwart climate goals.

“There is no time to waste in tackling the climate and environmental impacts that are happening at the ports,” Teresa Bui, state climate policy director at the nonprofit Pacific Environment, said in a statement. “Our frontline communities and public health depend upon it.”

Newsom’s proposed budget includes $475 million for short-haul trucks, with the goal of getting 1,000 zero-emission vehicles on the road. There’s another $400 million for port electrification, although there aren’t many details yet on what that might entail. The budget proposal also includes $200 million for demonstration and pilot projects across maritime, aviation, rail, and “other off-road” modes of transport. These are sectors that are harder to electrify and decarbonize. It’s all part of broader efforts to address climate change in the budget, to the tune of $22.5 billion for climate and clean energy programs.

California ports already have some lofty environmental goals, although they’ve been called out for making slow progress on them. The twin ports of Los Angeles and Long Beach, which together are the largest fixed source of pollution in Southern California, announced a plan in 2017 to transition to a zero-emissions truck fleet by 2035. “But they have done little since then to cut emissions in the near term,” The Los Angeles Times Editorial Board wrote last November. “Freight pollution is a major, ongoing threat to public health, air quality and the climate, and we cannot settle for half-measures and hope they make a dent.”

In April, the twin ports will start to impose a fee on shipping containers to help raise the estimated $10 billion it will take to hit that 2035 goal. They could soon get another infusion of cash if Newsom’s budget is approved by June. The state’s new fiscal year starts in July.

The best laptops of 2022 in Singapore: our picks of the top laptops on sale now
It fills me with glee that Canon printers now think Canon’s own toner is fake