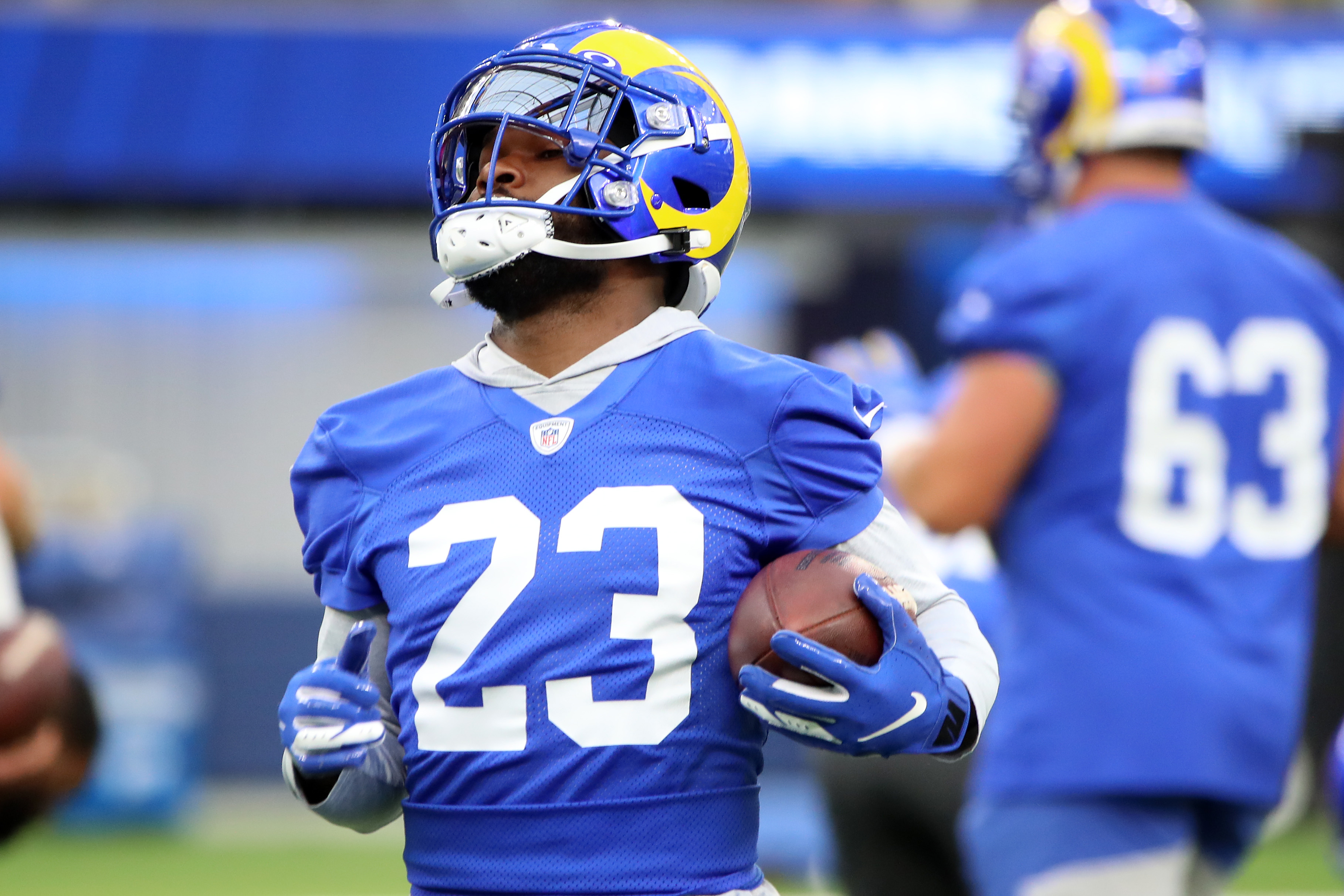 Los Angeles Rams running back Cam Akers has been sidelined for the entire 2021 regular season after suffering a torn Achilles prior to training camp. However, the team’s 2020 leading rusher might have a chance to get on the field this year.

Rams head coach Sean McVay told Jourdan Rodrigue of The Athletic that Akers is “on track” to return if Los Angeles earns a postseason berth.

“You don’t want to be presumptuous, but if we are able to make the playoffs and give ourselves a chance to play after (the regular season), the expectation is that Cam would be available to play,” McVay said. “He’s on track to do that.”

The Rams are currently 6-1 and in second place in the NFC West behind the undefeated Arizona Cardinals (7-0).

A second-year running back out of Florida State, Akers led Los Angeles with 625 rushing yards as a rookie. He split carries with Darrell Henderson Jr. and Malcolm Brown as the Rams took a backfield-by-committee approach.

In Akers’ absence this season, Henderson has led the Rams with 417 rushing yards and four touchdowns. Backup running back Sony Michel, who was acquired in the preseason from the New England Patriots, has added 209 yards and a score.

Los Angeles has relied on its passing attack this season behind the arm of quarterback Matthew Stafford, who was acquired from the Detroit Lions this offseason. Stafford currently ranks third in the NFL with 2,172 passing yards and second with 19 touchdowns through the air.

The Rams will go for their fourth straight win in a road matchup on Sunday against the Houston Texans, who are 1-6.