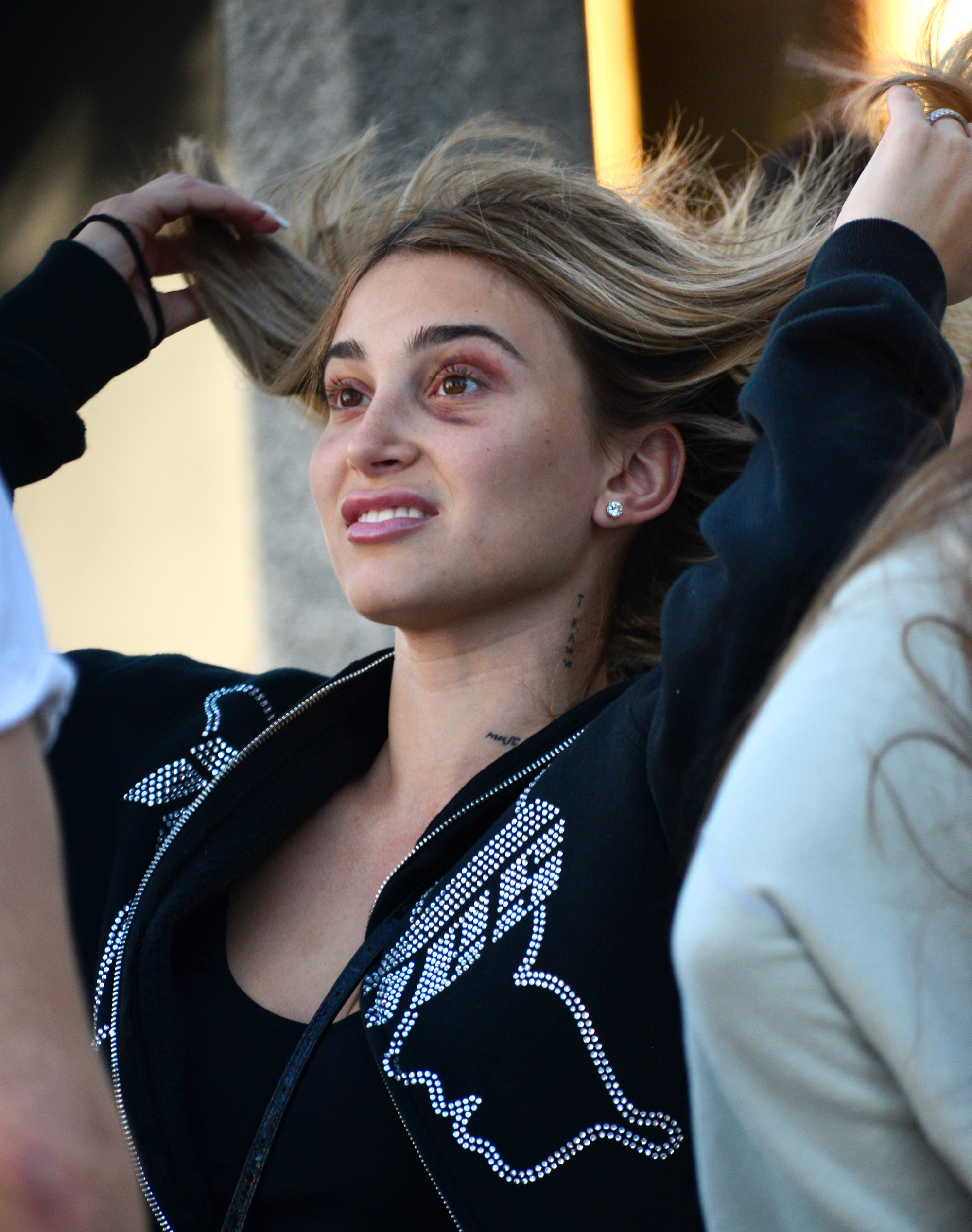 Tyga’s ex-girlfriend Camaryn Swanson managed to laugh and smile with friends Wednesday, despite a disturbing shiner on her face that she claims is the result of abuse by the “SWISH” rapper.

Photos show the 22-year-old trying to get over her recent ordeal by speaking with a girlfriend and cavorting in the arms of a male companion, just days after Tyga was hit with felony charges for the alleged attack.

It’s not clear who the backwards-ball-cap wearing male friend is, but a smiling Swanson was seen being picked up by him while sporting an embellished black hoodie and black leggings.

A source tells Page Six, “Camaryn has moved on from Tyga. She is excited to enter a new chapter of life and start dating again. She’s never been happier to be single and has been celebrating her new independence with friends.”

Swanson has alleged to police that she sustained her eye injuries while at her ex’s home Monday, reporting the incident to the LAPD afterward, who saw “visible marks” on her and took a report for felony domestic violence.

TMZ reports that the influencer showed up to Tyga’s home at 3 a.m. Monday morning against his wishes, while appearing to be intoxicated. The alleged DV incident happened after she was let into his home, Swanson claims.

She also refuted TMZ’s claim that she showed up unannounced and unwanted, posting on her Instagram, “I didn’t show up ‘screaming’ or uninvited. When I tried to leave he physically assaulted [me] and refused to let me leave for hours.”

“I’m so embarrassed and ashamed it had to get to this but I have to stand up for myself,” Swanson wrote alongside first images of injuries allegedly inflicted by Tyga — whose real name is Michael Ray Nguyen-Stevenson.

By Tuesday afternoon, the “Taste” rapper, 31, was arrested on a felony domestic violence charge after turning himself in to police. He was later released after posting $50,000 in bail.

“The allegations you have been reading about our client the past few days are false and will be disproven,” the rapper’s rep, Jack Ketsoyan, said in a statement on Wednesday.