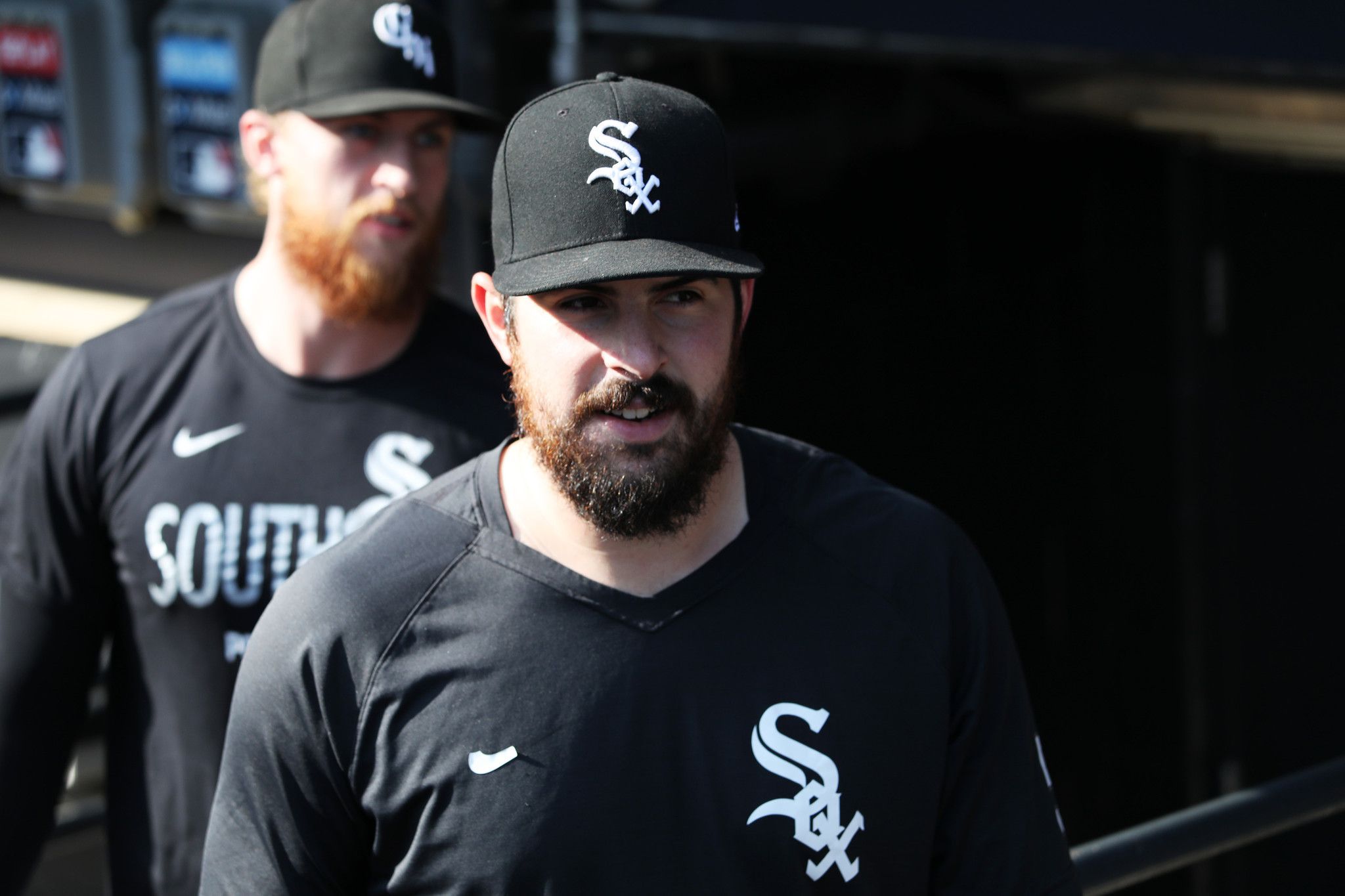 Coming into the postseason, left-hander Carlos Rodón represented a wild card for the Chicago White Sox.

Rodón made only six starts after July 29, including just two in the final three weeks of the regular season. When Rodón has been healthy this year, his performance — a 2.14 ERA in 16 starts between April and mid-July — put him among baseball’s best starting pitchers. Yet he wasn’t a lock to be on the Sox’s American League Division Series roster because of his health, limited by what he described before Sunday’s 12-6 win against the Houston Astros as arm soreness and fatigue.

“If we go back and look at the last two years, it was, what, (7⅔ innings) last year, (34⅔) innings the year before, and then this year it jumped to, what, (132⅔ innings)? It’s a big workload. It’s not that I don’t want to take on the workload. It’s just kind of hard on the body.

“That’s not an excuse. It just is what it is. I’m still standing here now trying to get on the mound and pitch, do my job.”

Rodón’s job now is to save the Sox season Tuesday afternoon in Game 4 at Guaranteed Rate Field (1:07 p.m., FS1). Sox manager Tony La Russa is sticking with Rodón after Monday’s game was postponed because of a rainy forecast. La Russa could have skipped Rodón and gone with Game 1 starter Lance Lynn on normal rest.

The Sox face another elimination game, and it’s unclear how much they can get out of Rodón or what version they will see. Even the Astros know there have been two Rodóns this season. Which one shows up Tuesday could determine whether the Sox postseason run ends.

“It all depends which Rodón is present,” Astros manager Dusty Baker said Sunday. “According to our reports, he hasn’t been throwing quite as hard as he was before, but maybe the rest did him well. We’ll see. We’ll see which Rodón that we’ll be facing.”

Rodón said Sunday he turned a corner the last few days, so much so that he lobbied La Russa to start Game 3. La Russa stuck with Dylan Cease, who allowed three runs and walked three in 1⅔ innings in a contrast of effectiveness in the first two innings.

Each day Rodón has felt better, so “there’s a progress there that we’re optimistic,” La Russa said. The manager added that Saturday was the first time in a long time Rodón remarked that he felt pretty good.

Rodón has thrown to see how the baseball comes out of his hand and what type of arm strength he currently possesses. His throwing sessions have ranged from a bullpen session, which La Russa estimated he last threw Friday, to flat-ground work.

Asked if Rodón has truly turned a corner, La Russa replied: “I hope so. We’ll see.”

“Carlos is a competitor, he wants to be out there,” catcher Yasmani Grandal said after the Game 3 victory. “He wants to make sure he’s on the mound. We’ve seen what he can do when he’s a full go, so the fact that he has actually been saying, ‘Hey, I got it, I got it, I got it,’ it’s great news to hear. So I’m very excited for that.”

In his final regular-season start, five shutout innings versus the Cincinnati Reds on Sept. 29, Rodón’s four-seam fastball maxed out at 92.7 mph and averaged 90.9 mph — 4.5 mph below his season average. His velocity was way down on his slider and changeup, too, but his fastball velocity is particularly concerning. Those numbers slowly diminished over a three-start span in September, culminating in the figures cratering against the Reds.

While he made it work in his start against the Reds, allowing just one hit while striking out four and walking two, the Astros have knocked around Sox starters in the postseason. Pitching with less velocity than Rodón typically works with and coming off lingering arm issues to face one of the deepest lineups and best offenses in the league is not ideal in a win-or-go-home game.

“I think it would be better, the more velocity he has, the better his chances are of getting a lineup like that out,” La Russa said Monday. “I think he’ll have more than he did that last game against Cincinnati, but let’s wait and see. If he has more and he is throwing in the middle of the plate, it’s not better than if he had less and was hitting his spot, so that’s why it’s pitching, not throwing.”

The Sox won’t have Michael Kopech available to bail them out if Rodón falters early. Despite gaining a day off Monday with the postponement, La Russa confirmed Kopech will not be available Tuesday after throwing 47 pitches in 2⅓ innings Sunday night.

La Russa indicated Lynn and right-hander Reynaldo López — who pitched two innings in Game 1 — could be length options behind Rodón should the Sox need innings in Game 4.

“Best case, Carlos gives us enough to where we just use the bullpen that showed up (Sunday) night,” La Russa said.

The Sox need more from their starting pitchers if they are to survive the ALDS and advance to play either the Tampa Bay Rays or Boston Red Sox in the AL Championship Series later this week. Heading into Game 4, right-handers Lynn, Lucas Giolito and Cease combined to post an 11.17 ERA (12 earned runs in 9⅔ innings) while walking 10 Astros hitters and striking out 10.

The unknown of what type of stuff Rodón will have adds another level of drama to the Sox’s second straight elimination game. And though it wasn’t brought up, Rodón’s first postseason start also could be the last in a Sox uniform for the 28-year-old impending free agent.

“Sports is a special thing, right?” Rodón said. “There’s comeback stories. There’s guys that you have never heard of and they have a big moment. There’s guys that come back from injury. There’s a lot of things. It’s just part of the game we play.

“For any professional athlete, it’s part of the thing we do. There’s going to be some adversity, but special teams seem to push past that adversity, and there’s only certain things that we can control.”