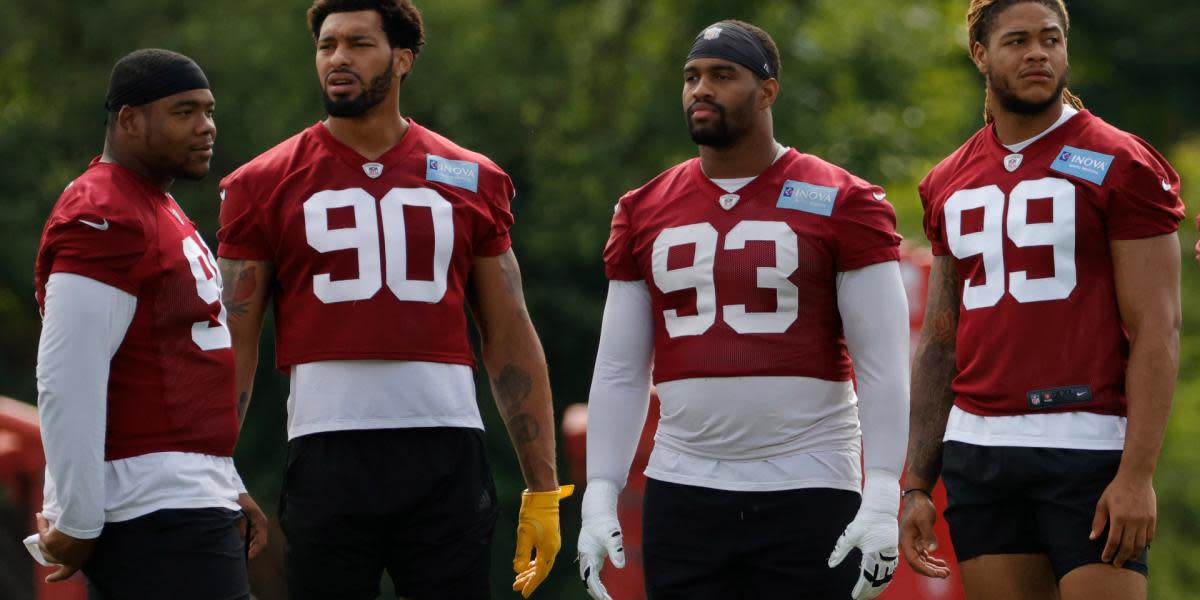 Washington’s D-line features four players who have been drafted in the first round in consecutive years – and the premium investment is paying off.

Washington’s D-line features four players who have been drafted in the first round in consecutive years – and the premium investment is paying off.

The result? A havoc-wreaking defense that Young, last year’s NFL Defensive Rookie of the Year, believes can be the league’s best in 2021.

The problem? What about 2022 and beyond?

“Right now, we’re gonna take it one year at a time and just try to make sure we’re putting together as many of these great players that we have and be able to keep them around,” says coach Ron Rivera in a visit with The Athletic.

That’s a nice, calm statement. But the truth is, the WFT can’t really afford to look at this as “one-year-at-a-time.” The salary cap makes the assemblage and retention of this group a gigantic jigsaw puzzle – but with moving and fluid puzzle pieces. Ideally, the WFT simply signs all five players to second contracts.

But the salary cap makes for a world that doesn’t likely allow for that ideal. And Rivera knows it. His solution?

“I think you’ve got to make sure the contracts are fair, first and foremost, for both sides,” Rivera says. “At the end of the day, if both people are griping about it (and) both people are happy about it, then you’ve gotten a fair contract. That’s what you hope to do.”

That is a fascinating way to look at it. “Both sides griping” means there was compromise.

Rivera also notes the staggered years when the new deals are due, saying, “The nice thing is you’d be able to do one each year, and you’ll see how it goes.”

But the “stagger” is about to begin. Allen is up for a contract extension now, with every indication that both sides would like to get it done. If not? He enter free agency after this season. The other three guys? Same situation, one-by-one, year-by-year.

The WFT had a plan when it drafted each of these guys. That plan is about performance on the field and financial fit off of it.

“The one thing that we’re fortunate (about) right now is we don’t have a high-ticket, high-price quarterback that we’ve got to worry about for the future,” Rivera says. “Now, eventually, that may come about, and we’ll see what happens. We’ll see if we can figure out how to handle that.”

Ah yes. One more “good problem to have.” The Washington Football Team is someday going to add a franchise QB that is someday going to be costly. The puzzle pieces are going to have to be shoved together, with the hope that this bordering-on-elite D-line stays together to shove around opposing offenses.