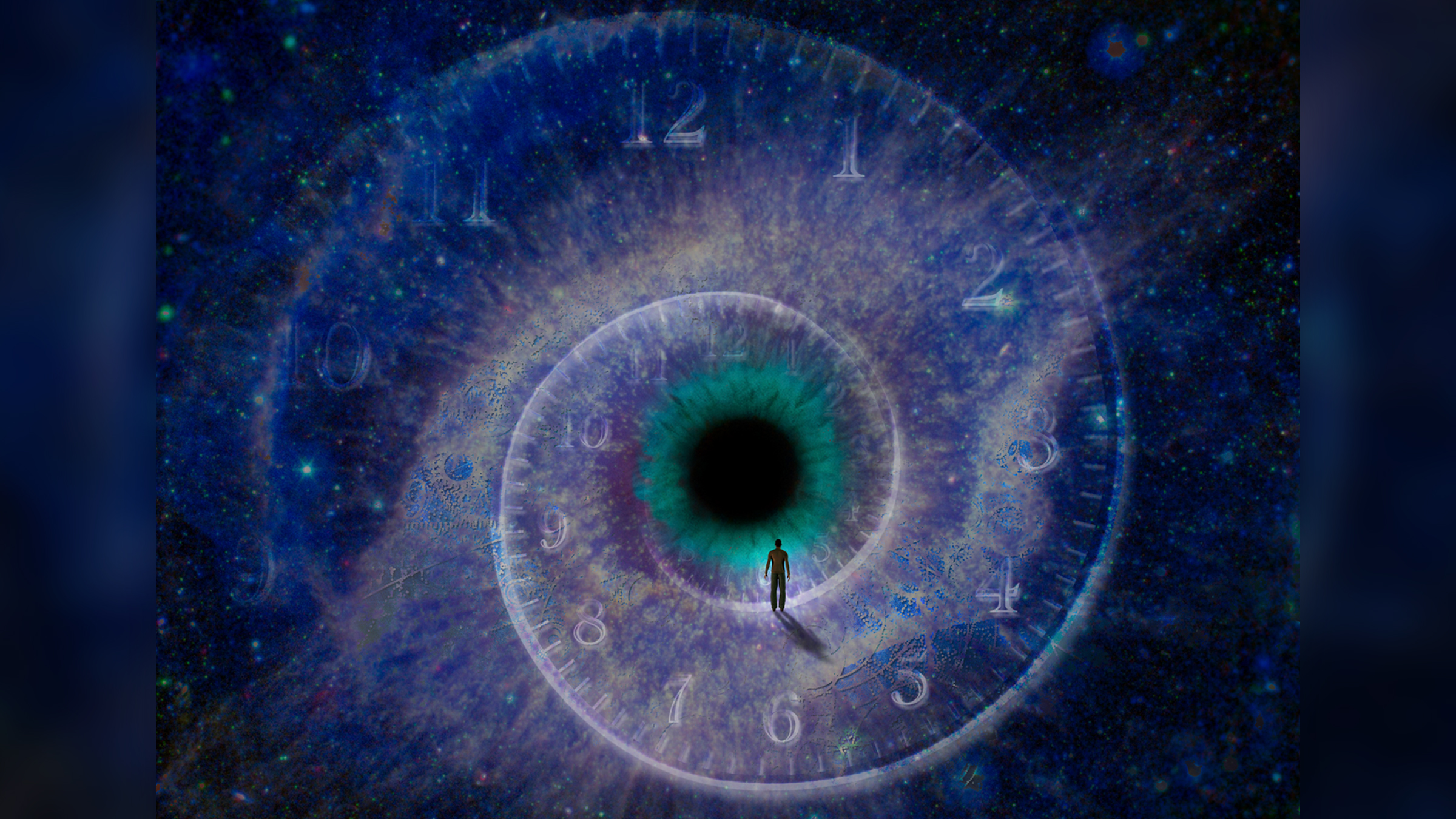 The relentless march of time can be a source of anxiety. Who hasn’t sometimes wished for the ability to freeze themselves in a happy moment or even prevent a loved one from slipping away.

Every once in a while, a science-fiction book, movie, or TV show will feature characters who can do what we all wish: Stop time.

But is such a thing possible? Answering that question requires a deep dive into the farthest corners of physics, philosophy and human perception.

First, we have to define time. “To a physicist, it’s not that mysterious,” Sean Carroll, a theoretical physicist at the California Institute of Technology, told Live Science. “Time is just a label on different parts of the universe. It tells us when something is happening.”

Related: Where does the concept of time travel come from?

Many physics equations make little distinction among the past, present and future, Carroll added. One place time appears is in Albert Einstein‘s theory of relativity. According to Einstein’s theory, time is measured by clocks. Because the parts of a clock must move through space, time gets tangled up with space into a larger concept known as space-time that underpins the universe.

Relativity famously showed that time can become pretty wonky depending on how fast an observer is moving relative to another observer. If you send a person with a clock on a spaceship at near light speed, time will seem to pass more slowly for them than it would for a stationary friend left on Earth. And an astronaut falling into a black hole, whose immense gravity can warp time, might also appear to slow down relative to a distant observer.

But that’s not really a way to stop time, Carroll said. Two clocks may disagree in relativity, but each will still record the usual passage of time within their own reference frame.

If you were nearing a black hole, “you wouldn’t notice anything different,” Carroll said. “You would look at your wristwatch, and it would pass at one second per second.”

For him, it makes little sense to talk about stopping time. We know that a car is moving because, at different moments of time, it’s at a different location in space, he said. “Motion is change with respect to time, so time itself can’t move.” In other words, if time stopped, all motion would stop too.

While sci-fi has sometimes given us protagonists who can pause time for everyone else, such situations raise a great deal of questions. “Are you stopping the air from moving?” Carroll asked. “Because if so, then you’re imprisoned by the air.”

A time-stopping character would also likely be unable to see anything, he added, because light rays would no longer reach their eyeballs. “There’s not really any consistent scenario in which time stops.”

So much for physics. But time is more than just something read on a clock. It’s also a feeling that we have in our heads and bodies, as well as the natural rhythms of the world. Yet in those cases, time can become something subject to personal whims.

“Thinking about the subjective impression of time gets interesting,” Craig Callender, a philosopher who specializes in time at the University of California, San Diego, told Live Science.

Related: Why does time sometimes fly when you’re NOT having fun?

He described a well-known psychological illusion known as “chronostasis,” in which a person places a clock at the edge of their vision and then stares at something else for a moment. Glancing back at the timepiece and focusing on the second hand will make it pause. (It can be a quirky way to stay entertained during fifth period math class in high school.)

“The second hand definitely hangs there a little bit,”  Callender said. “You can make time seem like it freezes.”

The illusion has to do with tiny eye movements called saccades, in which your eyeballs rapidly flick back and forth to constantly take in their surroundings. To prevent you from seeing a chaotic blur, your brain actually edits what it sees in real time and creates the impression of a continuous field of view, Callender said.

The question then becomes, what is the relationship between our perceptions of time and the time physicists are talking about? Callender has written a number of books that attempt to explore the connection between the two, and as yet, there isn’t much consensus on a final answer.

Regarding the ultimate flow of time, Callender favors a picture “where there’s nothing flowing, but the story of yourself is flowing.”

And what does he believe regarding the possibility of stopping time? “If we think of our subjective sense of time, then we can stop portions of it with chronostasis,” Callender said. “But that’s probably the closest we can do.”