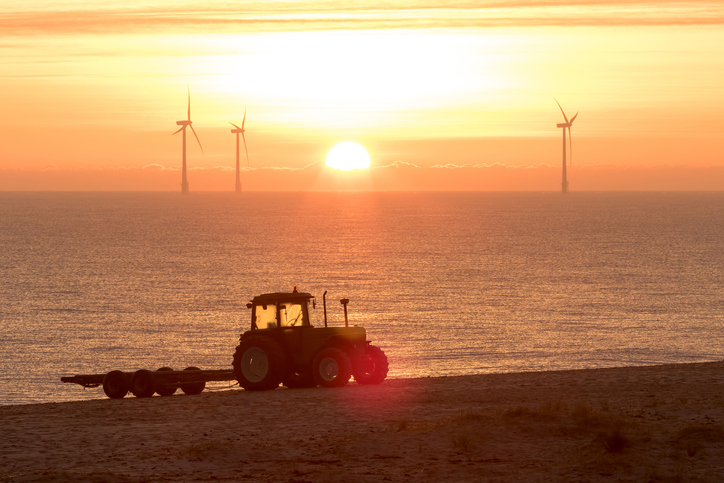 “In the beginning, when we were trying to create more transparency in the supply chain we saw certifications [for various attributes] literally pack the back of any packaging. You could have four or five different certifications,”​ ranging from Non-GMO Certified to Rainforest Alliance, Anne Greven, Rabobank’s global head of F&A Innovation, observed during the FoodBytes! Forum event in late April.

“There certainly are certifications that have a lot of value, but I agree with you that if you look at the back of packages there are so many logos that they really begin to lose meaning,”​ he said.

However, he predicts, “carbon score is the next big thing”​ for consumers who want to know how much carbon was used in the production of an item – is it net zero? Was it 25% reduced? “That is the next phase.”​

Carbon emissions also are increasingly important to manufacturers and retailers that have made bold claims to reduce their carbon footprints or even become carbon neutral or positive in the next five to 10 years,  added Maria Castroviejo, Rabobank’s consumer foods analyst on digitization and traceability.

She explained that as manufacturers and retailers work towards these goals they increasingly will want to partner with players up and down the value chain that share their values and that will help them achieve their goals.

Simultaneously they will “increasingly turn their backs on suppliers who fail to align with their social values,”​ she added.

As more players align their values, Fishman predicts more solutions to reduce carbon and emissions will be created more quickly, so that this trend is “imminent”​ in the net year – not the next five years.

Brands that move fast to add carbon labeling to their packaging could be rewarded by consumers who are gravitating towards products with lower climate impact whether they actively want to or not, according to study recently published in the journal Food Policy​.

In a hypothetical purchasing scenario administer online to 803 Swedish adults, researchers from the University of Copenhagen and the Swedish University of Agricultural Sciences found consumers actively interested in carbon emission information selected proteins that reduced their emissions from food choices by 32%

Likewise, respondents who were not interested (either actively or just indifferent) in carbon emissions but who were provided the data also selected food that reduced their emissions by 12%.

While some people likely are indifferent or actively want to avoid carbon emission information, given the topic’s political polarization, research from the Pew Research Center last May found 60% of US consumers consider climate change a major threat – suggesting the majority of people would be interested in carbon labeling.

Many food and beverage players already are rising to meet this emerging consumer demand, and are using it to set themselves apart from the competition.

For example, Horizon Organic ​is leveraging the results of its recently completed carbon life cycle assessment with consumers through marketing to highlight its efforts to become carbon positive by 2025.

Similarly, Post Holdings’ subsidiary Bright Future Foods recently teamed with the spent barley ingredient company EverGrain to create what they claimed is the “first ever climate positive snack” with the launch of Airly ​Oat Cloud Crackers.

Other front-runners in the trend include Maple Leaf Foods, which claims its plant-based protein brands, including Lightlife and Field Roast Grain Meat, are ‘carbon zero.’ The maker of Imperial and Country Crock, I Can’t Believe It’s Not Butter, Upfield, also plans to share climate impact on its products by the end of 2021. Quorn Foods also already includes carbon labeling on some of its plant-based protein options and Unilever, Mondelez International and Oatly all are exploring similar labeling.

Companies that move forward with carbon labeling should carefully navigate what could become choppy regulatory and litigious waters by ensuring their claims are truthful, non-misleading and adhere to the Federal Trade Commission’s revised green guides​, which including standards for carbon offset claims.

The guideline emphasizes that companies need a reliable scientific method for evaluating emission reductions to support claim, and stresses that marketers should clearly disclose if carbon offsets represent emission reductions that will not occur for at least two years or more.

Also noteworthy is FTC’s stance that claiming a carbon offset is an emission reduction is deceptive if the reduction or activity that caused the reduction was required by law.