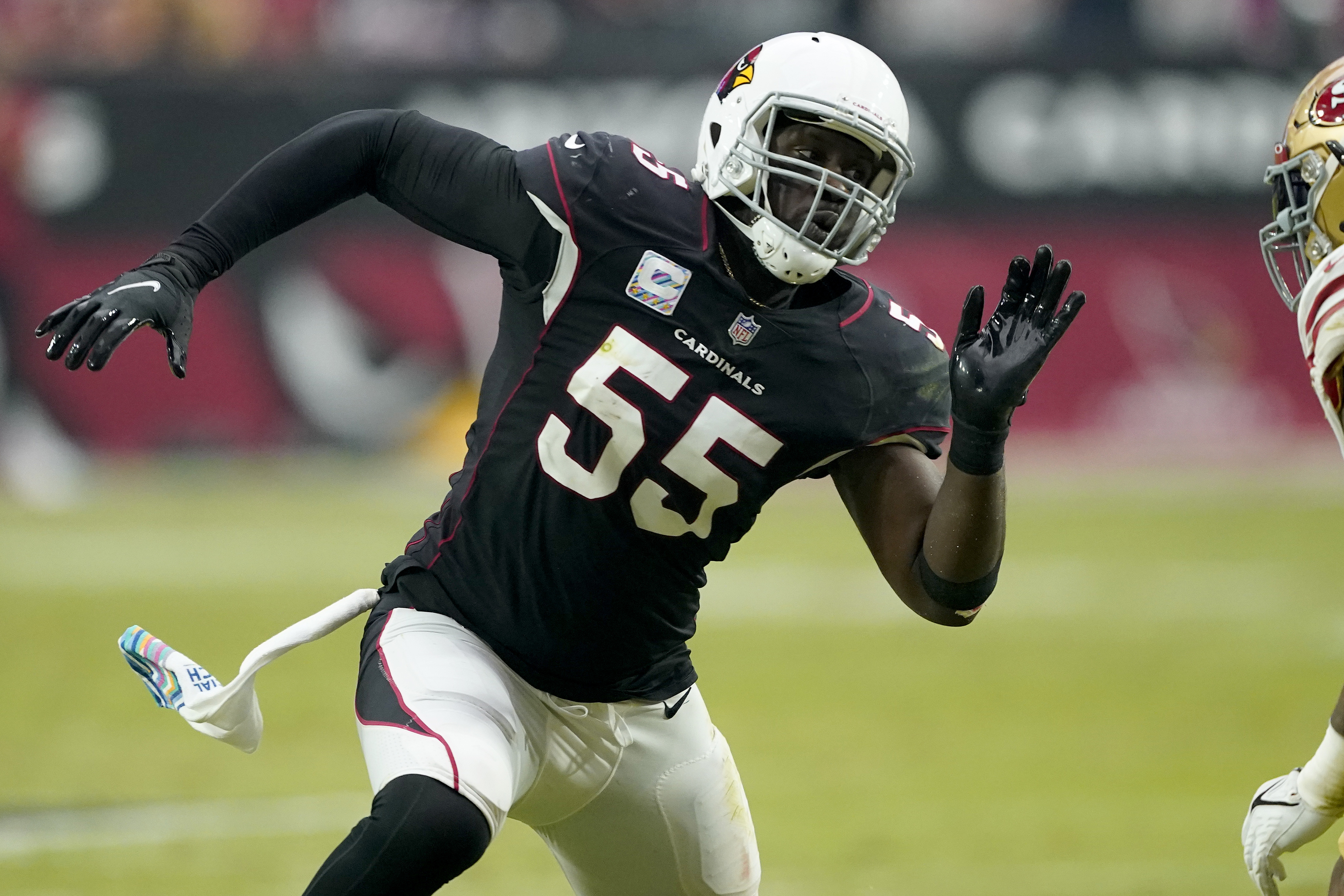 The Arizona Cardinals may not have pass-rusher Chandler Jones for Sunday’s game against the Cleveland Browns.

On Tuesday, the Cardinals announced they placed Jones on the Reserve/COVID-19 list.

Darren Urban of the team’s official website noted head coach Kliff Kingsbury previously said the entire roster was vaccinated. That means Jones could return for the game if he produces two negative tests within 24 hours and remains asymptomatic while doing so.

The three-time Pro Bowler appeared in each of the team’s first five games and tallied nine tackles, five sacks, two forced fumbles and one fumble recovery.

All five sacks came during the season-opening win against the Tennessee Titans.

While opponents have adjusted more attention his way on the offensive line and prevented him from adding to that total, Jones has still helped the Cardinals start with a 5-0 record. They are the only remaining undefeated team in the league at this point.

Jones appeared in just five games last year but posted 19 sacks during the 2019 campaign. It was his sixth season with double-digit sack totals in his career.

Look for the Cardinals to rely more on the combination of Dennis Gardeck, Markus Golden, Devon Kennard and Victor Dimukeje if Jones is sidelined for the game against the Browns.