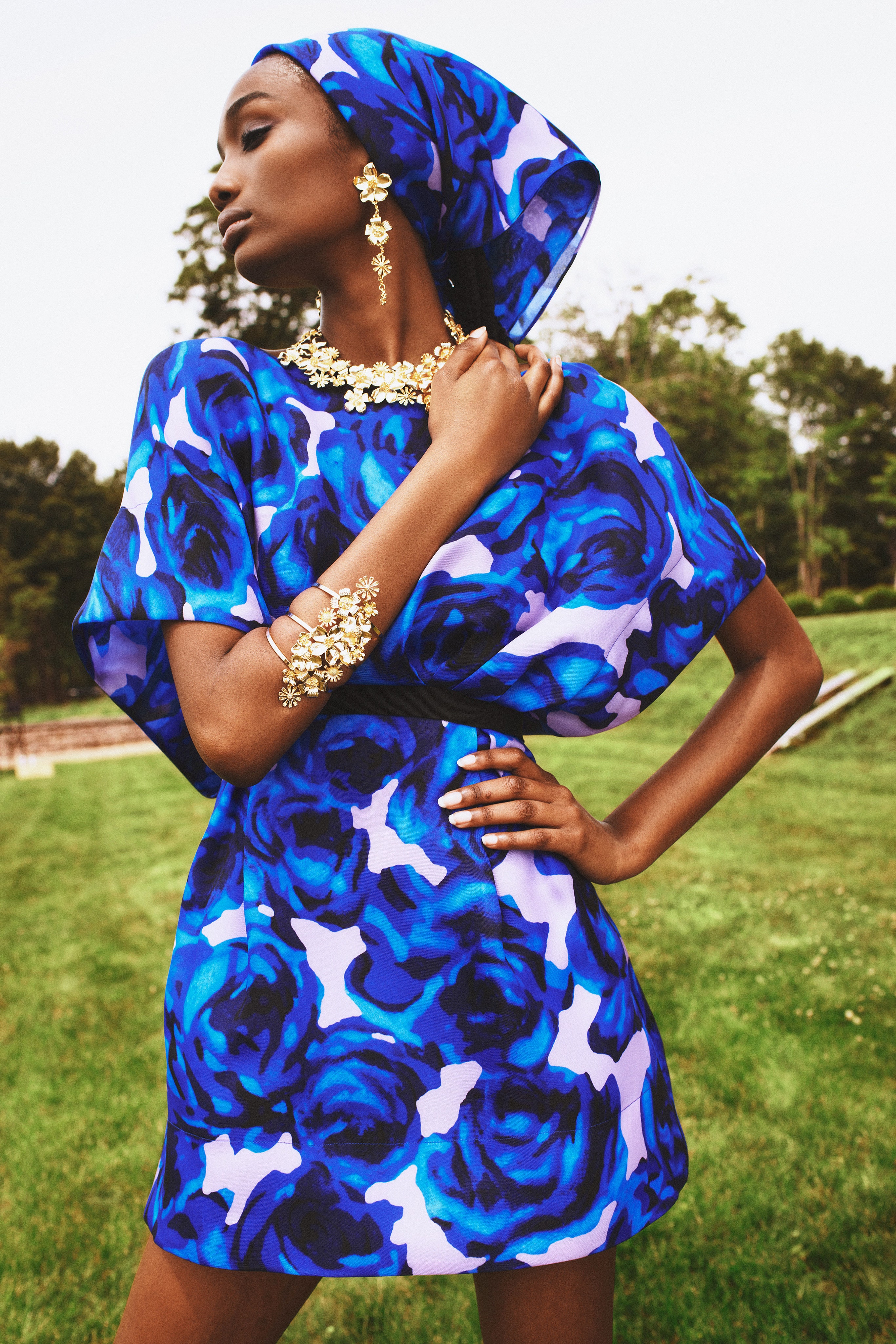 Congratulations to Wes Gordon and his husband Paul Arnhold on the arrival of their first child. Gordon Instagrammed the good news yesterday: It’s a boy! Today, he has another new delivery in the form of his Carolina Herrera resort collection. Not coincidentally, it’s an ode to joy, alive with color, florals, and honest-to-goodness party dresses. “To me,” he said, “it was really about all those things that we’ve been missing: togetherness, laughing, dancing, long dinners with friends, travel, celebrations.”

Gordon explained that he’d been dreaming about a weekend house party, one with lunch on the beach, an afternoon spent exploring the town, dinner under the stars, and dancing on the grass until morning. Here and there in the collection were clingy knits and crisp denim and khaki separates, the kinds of things the Herrera client could’ve bought and worn to cheer herself during the pandemic without looking out of touch and overdressed. But by and large this is a more extroverted outing than last year’s resort, and more than twice as big too.

The Herrera archives informed the exuberant ruffles that danced down the sleeves of a sequin minidress and up the side seams of the toreador pants Gordon paired with a halter bandeau. A yellow silk faille trench gown evoked Mrs. Herrera herself; it’s a silhouette she might’ve once chosen for a house party. She’d also approve of a blouse-and-ball-skirt combo in two different rose prints, one pink and red, the other an electric blue. Elsewhere, a sequin T-shirt dress lacked the formality and circumstance that are Herrera signatures, but a cropped top and matching skirt in white broderie anglaise was a look that the now gen and the then gen could happily agree on.