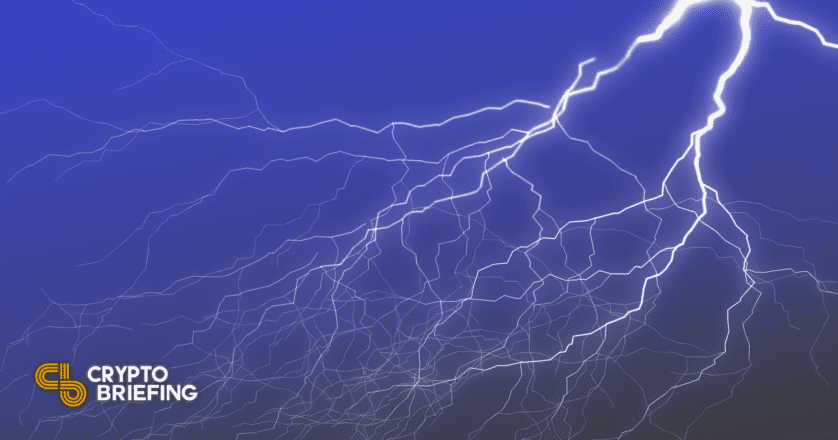 Cash App, the payment app from Jack Dorsey’s Block, has added the option of making payments through the Lightning Network.

Lightning Will Improve Speed and Fees

Though Cash App did not announce the news publicly, some users have reported an in-app message revealing the update. It reads:

“We’ve just added Lightning Network. Use the fastest, free way to pay anyone in Bitcoin—just scan or send to a Lightning address.”

It is unclear whether the new feature is available to all users today. Some have reported that the feature is initially being made available to iOS users and that Android users have not seen the update.

Lightning is a second-layer network for Bitcoin that allows transactions to be settled off-chain on P2P payment channels. This approach reduces fees and improves transaction times.

In February 2019, Dorsey suggested the feature during an interview alongside Lightning Labs CEO Elizabeth Stark. At that time, Dorsey said Lightning would likely be integrated with Cash App when the company could find a way to make maximal use of its speed, noting that the addition was “not an ‘if,’ it’s more of a ‘when.”

The feature has been expected imminently since November 2021, when TheTapeDrive editor-in-chief Steve Moser found data for the feature hidden in Cash App’s code.

Square Is Highly Involved With Crypto

Cash App introduced Bitcoin buying and selling in 2018 and has become increasingly involved with crypto since then.

Spiral, the firm’s crypto development division, released a Lightning Development Kit in December. That tool allows other developers to more easily integrate Lightning payments with their wallet or app.

Square has also invested in Bitcoin directly. It has purchased 8,027 BTC in two separate purchases. It bought 4,709 BTC in October 2020, followed by another 3,318 BTC in February 2021. The company’s total investment is currently worth $343 million.

Twitter, where Dorsey served as CEO before stepping down in November 2021, has also introduced Lightning support. Its Bitcoin tipping system is powered by the Lightning-based app Strike.

Disclosure: At the time of writing, the author of this piece owned BTC, ETH, and other cryptocurrencies.

Square has released its quarterly earnings report, which includes profits and revenue from Bitcoin transactions and sales. Square’s Quarterly Bitcoin Revenue Is Down Square says that it saw $1.8 billion…

Square Inc., a payments company headed by former Twitter CEO Jack Dorsey, announced today that it will undergo a complete rebrand. Square Becomes Block Square will now be known as…

Square Has Published the Whitepaper for Its DEX

Square has published a whitepaper describing its plans for a new decentralized exchange called tbDEX. Square’s DEX Will Provide Fiat Ramps The main goal of tbDEX will be to provide…