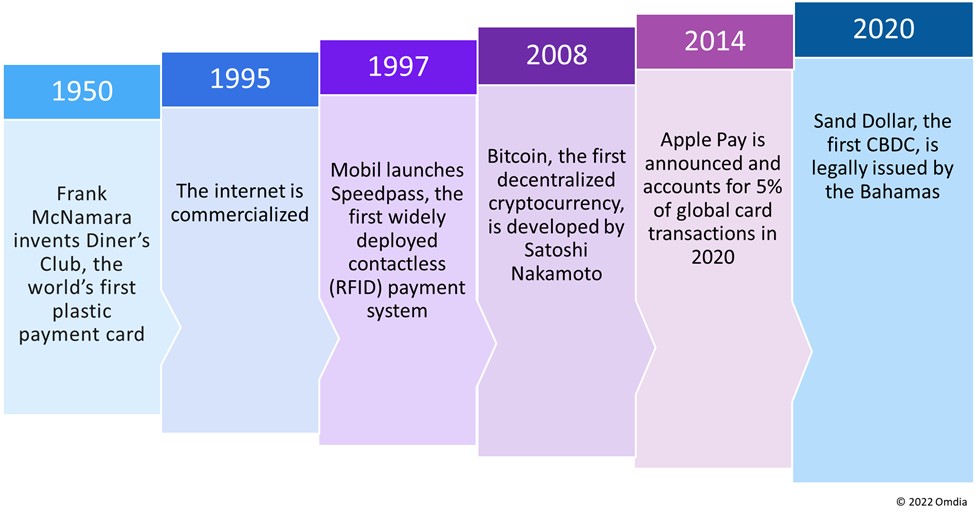 The unveiling of Meta’s Diem stablecoin project will be remembered as more significant than its failure thanks to the domino effect it had on central banks worldwide, which rushed to ensure they would not rapidly lose control of monetary policy as a result of the exponential growth of cryptocurrencies. This suspicion was confirmed when an executive order from US President Joe Biden to examine the risks and benefits of cryptocurrencies came fully two months after the Diem project officially ended.

CBDCs have the potential to fundamentally alter how sovereign money is issued, stored, and exchanged, with commercial banks at risk of being excluded from the ecosystem altogether. The reality is, however, that commercial banks will still have an important role to play as custodians of CBDCs, but central banks’ views on the regulation of private cryptocurrencies alongside CBDCs differ widely.

However, it is clear that CBDCs will become a reality with more than 80% of the world’s central banks already considering launching their own. Timelines have been accelerated, and Omdia expects to see as many as 10 CBDCs live by end-2023 with that number likely to rise to 25–30 by the end of 2025. However, central banks, commercial banks, and software vendors need to collaborate in the agreement of common standards to ensure the success and mass adoption of CBDCs globally.

Other governments are instead seeking to regulate cryptocurrencies. The European Central Bank recently approved a new oversight framework for electronic payments, which will include coverage of stablecoins and other crypto assets. India is proposing the introduction of a 30% crypto tax that targets all transfers of virtual digital assets while it develops its own CBDC, the digital rupee, which is set for launch by 2023. President Biden signed an executive order on cryptocurrencies in March 2022 calling on the government to examine the risks and benefits of cryptocurrencies, which included calling on federal agencies to take a unified approach to regulation and oversight of digital assets. El Salvador and the Central African Republic have taken an altogether different approach by being the first countries to adopt Bitcoin as legal tender.

Whichever approach governments choose, CBDCs should coexist and interact with other payment schemes, and central banks must also ensure they are not in direct competition with commercial banks. If CBDCs were to be exclusively issued directly by central banks, this would weaken the balance sheets of commercial banks and threaten their business model. The CBDC framework is required to balance the needs of central banks and governments with those of consumers, merchants, and corporations.

The rate at which CBDCs are launched and thereafter adopted will be dictated by a number of societal, economic, and political factors. However, the key challenge that still needs to be resolved is how to ensure CBDC payments can occur in an offline environment. This flaw was critically exposed when the pilot of Eastern Caribbean’s CBDC DCash experienced an outage for six weeks in early 2022 because of a technical issue. DCash requires an internet connection to function, which would not suffice if CBDC were to eventually displace cash.

Money is ultimately about trust in its intrinsic value, which is why it is critical to ensure CBDCs are fail-safe and secure as a payment method in both online and offline environments. Consumers are often creatures of habit when it comes to payment and have to be heavily incentivized to overcome their inertia. There are hundreds of different payment method options at the disposal of consumers, and merchants need to be able to predict how their target consumers will want to pay and offer that preferred payment method at checkout to reduce friction. Curiously, 67% of merchants globally are already interested in accepting cryptocurrency as a payment method with merchants in Latin America the most enthusiastic to adopt.

Central bank digital currencies are a natural evolution of the money system, and there is already a lot of enthusiasm from private banks, merchants, and consumers to embrace cryptocurrencies. In order for CBDCs to be successful they must have interoperability at their core while functioning in both online and offline environments.

Getting Account-Based Marketing Right in EMEA: 5 Features of ABM Done Well
5 Questions Every CSO Should Ask Amidst the Ukraine-Russia Conflict