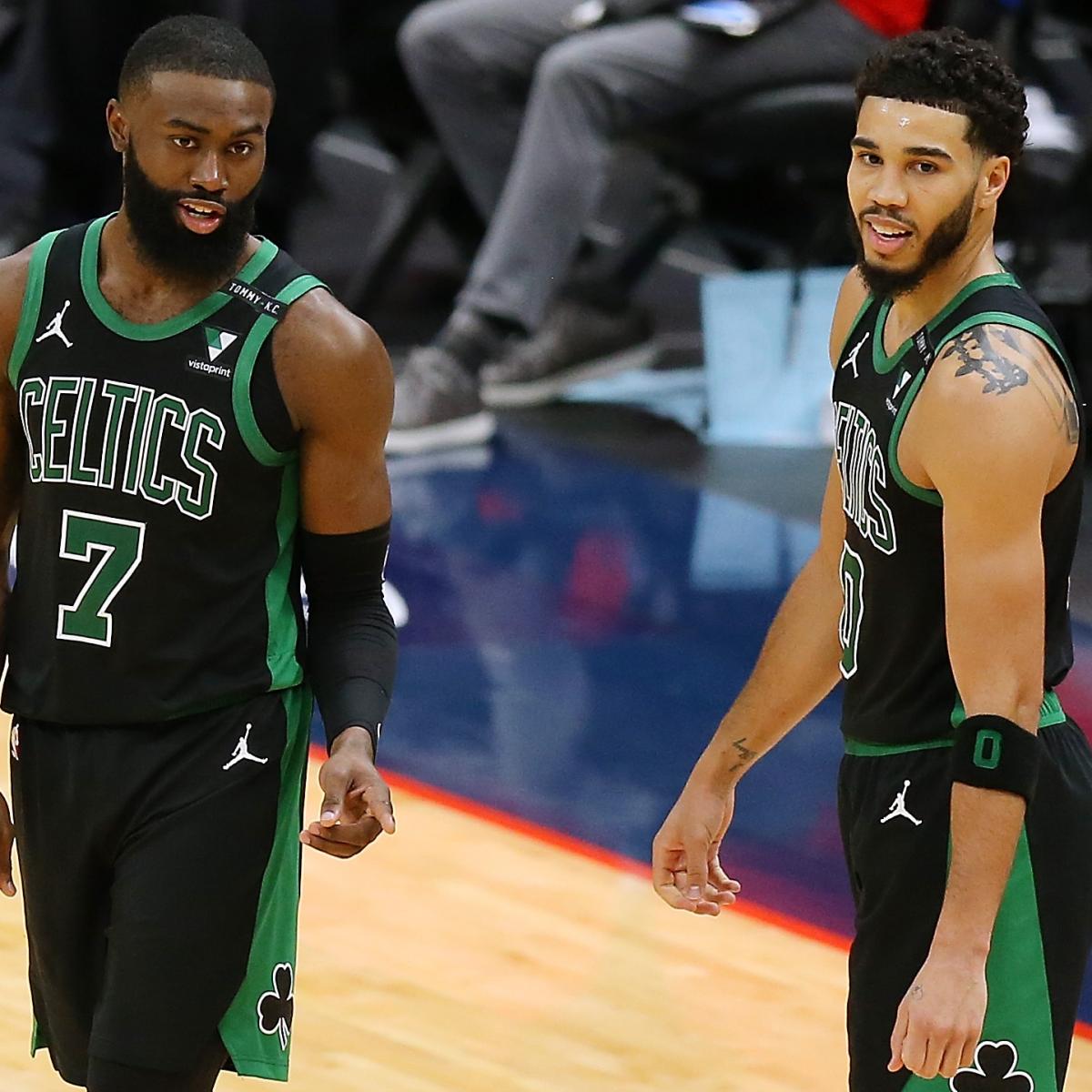 The Boston Celtics entered the 2020-21 NBA season with championship expectations and exited it without a playoff series win for the first time in five years.

Boston won’t carry the same expectations into the upcoming campaign, which might qualify as both good and bad news.

On the one hand, this roster could really surprise people. Jayson Tatum and Jaylen Brown are stars, and Marcus Smart might be a hit as the new primary playmaker.

On the other, the Shamrocks won’t blow anyone away on paper. Gone are the days of having a Kyrie Irving, Gordon Hayward or Kemba Walker alongside the young star wings. Now, it’s nothing but role players with Tatum and Brown, though Boston hopes a few of those players might become something greater.

A new day has dawned for the Celtics, so let’s dig into it with a 2021-22 season guide featuring an offseason recap, a rundown of the biggest storylines and both best- and worst-case scenarios for the club.

Boston’s biggest offseason change occurred away from the court, as longtime president Danny Ainge resigned and was replaced by…longtime coach Brad Stevens. The skipper’s move up to the front office left his coaching seat open, and he tabbed former NBA forward and recent Brooklyn Nets assistant Ime Udoka as his replacement.

Once Stevens shifted offices, he started shifting around the roster.

He parted with a first-round pick to shed Kemba Walker’s contract and bring Al Horford back to Boston. Stevens traded for, then extended Josh Richardson. Evan Fournier and fan-favorite Tacko Fall bounced out of Boston, while Dennis Schroder arrived and Enes Kanter returned.

The Walker subtraction aside, the moves didn’t really change the Celtics’ core, which revolves around Tatum, Brown, Smart and Robert Williams III. But Boston struggled to support its stars last season, and this roster might be better equipped for that task.

The Celtics know they have a pair of (still ascending) All-Stars in Tatum and Brown. The rest of the roster, meanwhile, all carries some kind of question mark.

Smart perked up as a playmaker last season, but he has never averaged even six assists in a season. It’s possible this makes better use of his talent on offense, or Boston’s decision to not target a more established ball-mover might leave this offense stuck in the mud.

The Celtics look stronger at the center spot with Williams trending up (when he’s not injured or in foul trouble, at least) and both Horford and Kanter back in Beantown. But did they do enough to fix this problematic position? Staying up front, does Boston have enough at the 4 spot? The closest thing the Celtics have to a true power forward is either Horford (a 35-year-old who has spent the bulk of his floor time at center) or Juancho Hernangomez (who has defensive limitations and hasn’t shown much as a shooter).

Finally, what can Schroder on his one-year, prove-it pact do, and can he share a backcourt with Payton Pritchard? If the Celtics open games with both on the bench, they need them to spend at least some of their playing time together.

The Celtics probably aren’t catching the defending champion Milwaukee Bucks this season. Assuming the Brooklyn Nets find some solution to the Kyrie Irving situation, they’ll probably have a leg up on Boston, too.

Beyond that, though, there aren’t insurmountable roadblocks to deny this team a No. 3 seed in the East if Udoka can maximize the roster. Tatum and Brown should keep climbing up the NBA ladder. Schroder could cement himself as the offseason’s biggest steal (by a mile). Williams could put himself in the Most Improved Player award running. Smart could too if he really takes to this new ball-moving role.

Tack on second-year leaps from Pritchard and Aaron Nesmith, and the Celtics would be positioned to win at least one playoff series.

Tatum and Brown plateau, Smart can’t get the offensive gears going, Williams can’t stay on the court and Boston’s support pieces fail to impress. Richardson shows why he’s on his fourth different roster in as many years. Horford shows why he has so infrequently been used as a power forward.

The depth of the Eastern Conference gets the better of the Celtics, who need to go through the play-in tournament to get to the playoffs again. Once there, they are easily brushed aside by one of the actual Eastern Conference elites.