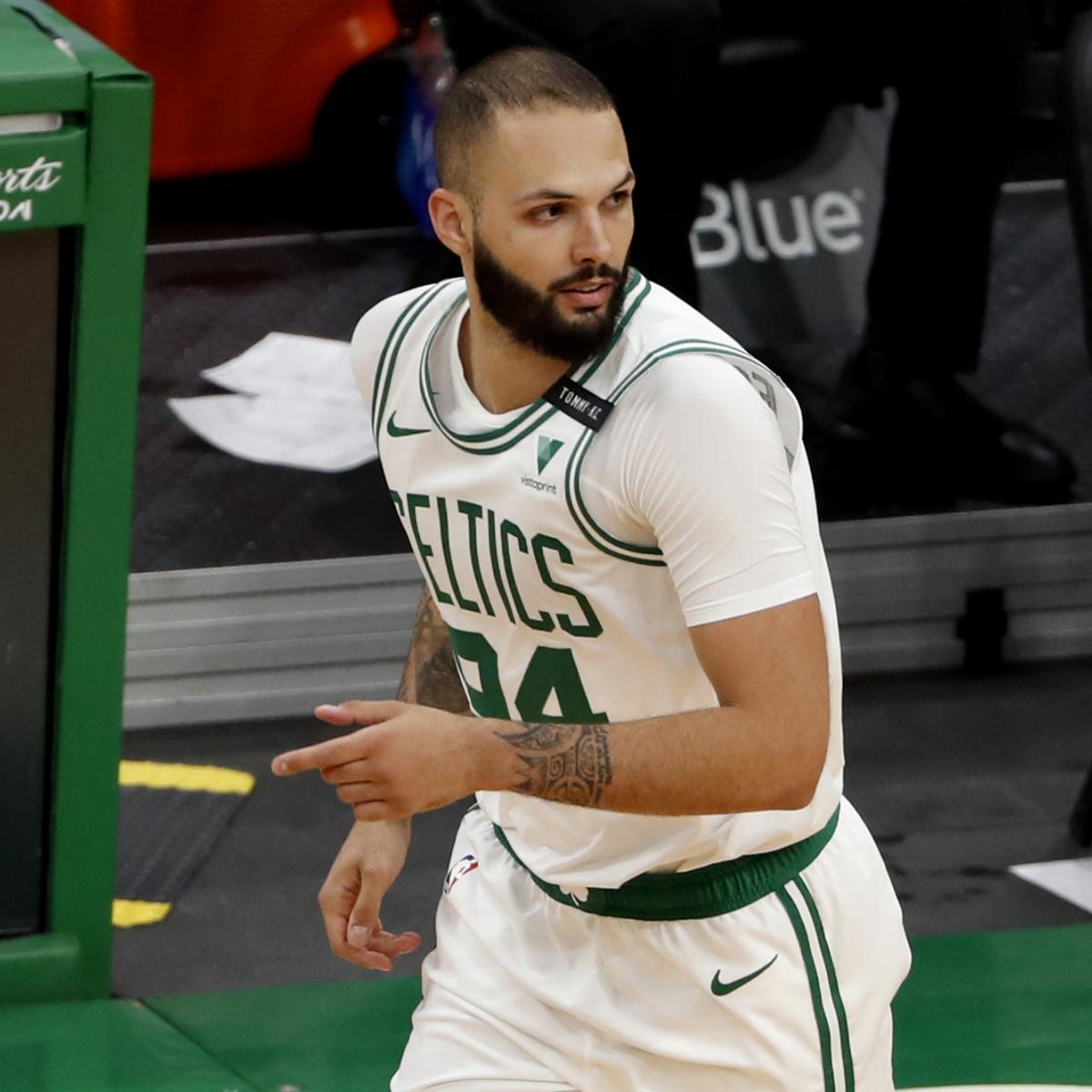 Boston Celtics swingman Evan Fournier continues to feel the effects of COVID-19 despite having recovered from the virus.

Following Sunday’s 129-119 loss to the Portland Trail Blazers, Fournier said his depth perception “is really bad right now” and he feels as though he’s experiencing a concussion:

Evan Fournier says he is playing through what feels like concussion symptoms due to COVID. https://t.co/2cXARLSIej

The 28-year-old also lamented the timing of his COVID-19 diagnosis and how it has made his adjustment to the Celtics more difficult.

“People don’t really know my game here,” he told reporters. “For the first time in my career, I have a chance to make a really deep run in the playoffs. Finally with a great team. That I got COVID and I’m feeling like this, it’s heartbreaking, to be honest.”

Evan Fournier talks about his post-covid battle and complications since coming back https://t.co/Ts43CjXSeX

Fournier missed nine games before returning for the Celtics’ 109-104 loss to the Brooklyn Nets on April 23.

He explained to reporters how he initially felt fine immediately after his diagnosis but then began to have flu-like symptoms. Getting himself physically ready to play again proved difficult as well because he’d get easily fatigued.

“I probably could have waited a few more days or a few more games to really feel better, but I just got here and I need reps to play with the guys and really understand the system offensively and defensively,” he said. “So I only had two days of practice, and for me the most important thing is just to be out there.”

Celtics star Jayson Tatum echoed some of the same issues in February, more than a month past the point he had tested positive for COVID-19. Tatum said it was “easier to get out of breath or tired a lot faster.”

The two-time All-Star revealed in April he continues to use an inhaler before games to help with his breathing.

As Fournier referenced, his COVID-19-related problems are troublesome from the perspective of finding his footing in Boston ahead of the playoffs.

Since arriving in a trade from the Orlando Magic, he had made nine appearances before Sunday night. He had shot 32.0 percent from the field—down from 46.1 percent to begin the season in Orlando—and 34.1 percent from beyond the arc. The Frenchman also has to adapt to a new role. Whereas he was the No. 2 scoring option for the Magic, he has to work off the ball more and be a supporting player on the Celtics.

While he’s able to take the court for Boston, Fournier is clearly operating at less than 100 percent, which is muting his impact on the floor.