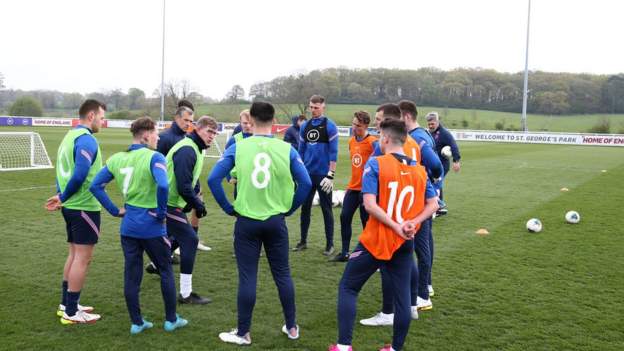 England’s Cerebral Palsy football team head coach Andy Smith says there is “no pressure” on his side as they start their World Cup campaign in Salou, Spain, this week.

England are hoping to improve on their fourth-placed finish from three years ago at the tournament, which kicked off on 27 April.

England’s first match against Canada is on 3 May, with Venezuela and the Netherlands making up their group.

England’s chances have been given a boost with reigning world champions Russia banned following the invasion of Ukraine.

Ukraine, the 2017 winners and number one ranked nation, will be favourites to claim the crown. They will first face Northern Ireland in the group phase.

“There is no pressure, we can only lose,” Smith told BBC Sport. “We are representing the country, the players have got to enjoy it.

“If you look at the situation for the Ukraine players, it is great that they’ve got to the tournament but what they go home to, that is pressure.

“We are aiming high, but anything can happen. We’d be disappointed not to reach the knockout stages, but then one-off games can go any way.

“We’re hoping our experience will tell. We’ve reached the bronze-medal match in the last two tournaments [2017 and 2019].”

CP football is played with seven players on each side and smaller goals. Players are split into categories based on their disabilities: FT1, FT2 and FT3.

FT3 players are the least physically impacted by their disabilities.

“We do think about winning it and going far,” said defender David Porcher. “But if we think about the final or the semi-final, we could cut ourselves short. We are not getting ahead of ourselves.”

In March, England warmed up by winning the Tri Nations, beating Scotland and the United States.

Covid-19 has been a constant consideration for the team, including the World Cup being postponed in 2021.

“It is going to be a bit of the unknown,” said Smith. “Because it has been two years since we’ve seen a lot of the teams. Our first game against Canada, we won’t know them because we haven’t played them since 2019.

“Our biggest challenge will be the Dutch – they were a really top team. The money went out of it and some of the players stepped away, but they were a young side. They will still very much be in the mix.”

Smith has named a 14-man squad for the tournament, including two new players through the Football Association’s talent pathway, Cameron Osburn and Mason Dunbar.

“They’ve been different class. They are very talented, they’ve been great additions to the squad and the senior players have been really good at looking after them. There is no pressure, it is a great experience for them,” said Smith.

Goalkeeper Giles Moore says tournament football is different to usual camps because of the training intensity and amount of down time, and that needs to be managed.

“Being away for three weeks, there is a lot of downtime and training is at 100mph – the young lads won’t have experienced that before, but the goal is still a medal and we want to bring it home,” said Moore.

This tournament represents the first big event since the FA launched the Football Your Way campaign in October 2021.