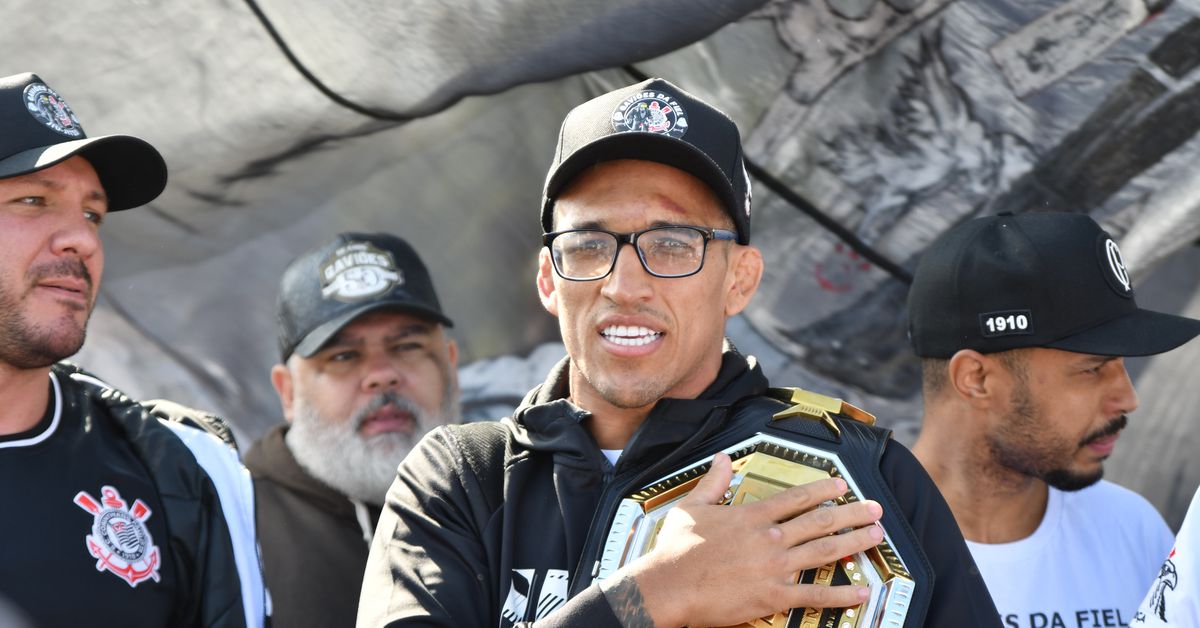 Having shared the cage with Charles Oliveira in the past, Michael Chandler can’t imagine any other outcome for ‘Do Bronx’ but a stoppage victory against Islam Makhachev in their lightweight title bout at UFC 280.

‘Iron’ Mike knows firsthand how tough and talented of a fighter Oliveira is, having lost to the Brazilian in a wild back-and-forth fight at UFC 262 that saw Oliveira drop and finish Chandler in the second round to claim the lightweight throne.

Oliveira has opened as the underdog against Makhachev, but Chandler believes the former lightweight champ will prove the oddsmakers wrong on Oct. 22 by finishing his opponent in style and silencing the critics once and for all.

“What Charles Oliveira has done over the last couple of fights, finishing everybody he is fighting — is nothing short of amazing,” he continued. “The resurgence of Charles Oliveira’s career from relatively unknown, somewhat up and down, can’t be relied upon journeyman to now legitimate No.1 lightweight on the planet, has been something to behold. So put some respect on Charles Oliveira’s name. I think Charles Oliveira goes out there and honestly think he finishes him.”