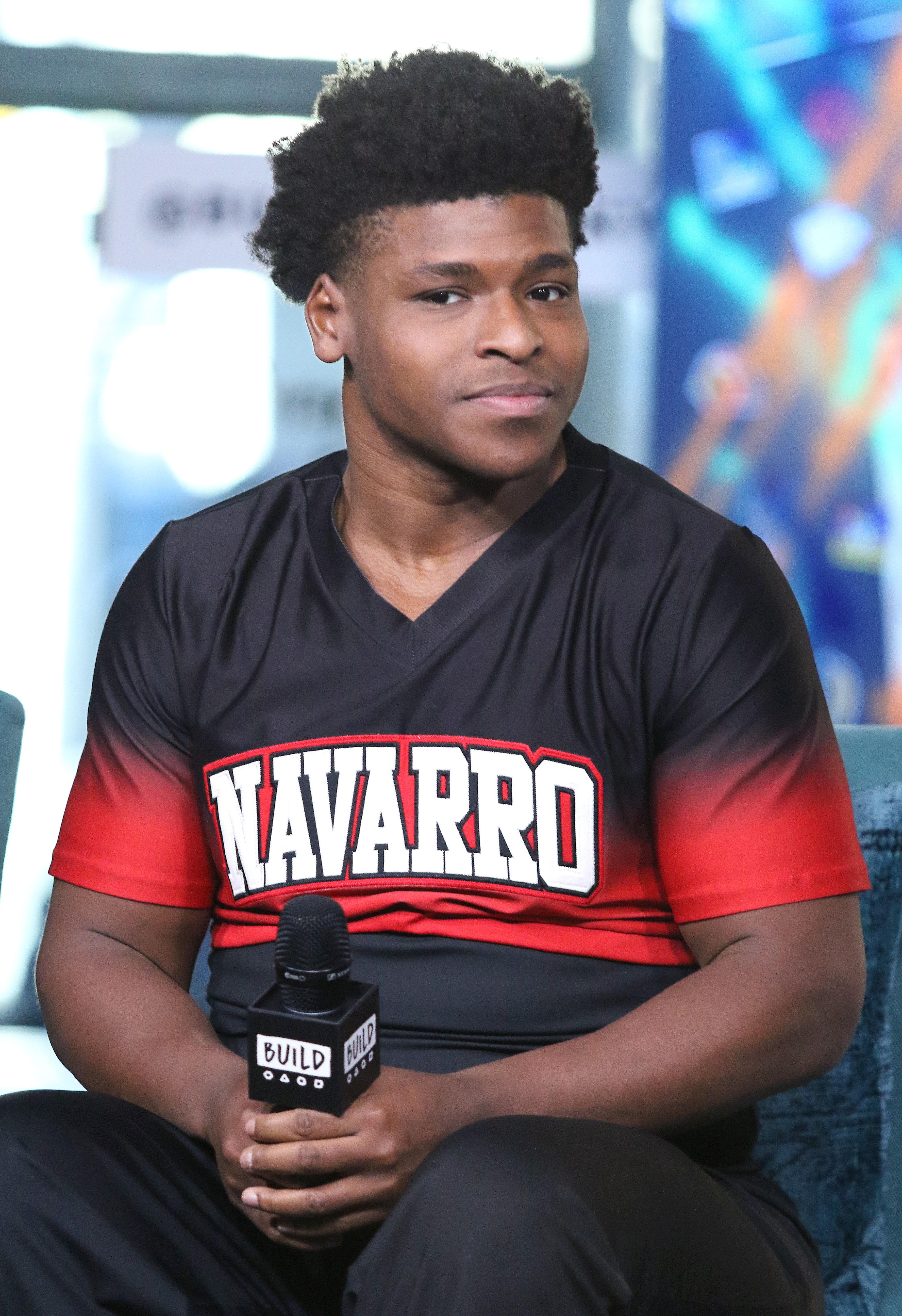 All was going according to plan. Production for season two of Cheer—Netflix’s Emmy-winning, eye-opening docuseries about the championship cheer team at Navarro College in Corsicana, Texas—had been underway for about three months. But then COVID-19 struck, shutting down production. While director Greg Whiteley and his crew regrouped, figuring out next steps for when they could film again, a second catastrophe lurched to the fore: Jerry Harris, the beloved breakout of the show’s first season, was arrested on a federal child-pornography charge after two 14-year-old boys accused him in a lawsuit of sexual misconduct. The arrest was a shock to the Cheer community, catching Harris’s teammates completely off guard. Once production was allowed to resume, Whiteley returned to find a community still reeling from the devastating news.

“We’re now filming a team that is trying to pick up the pieces from all of that,” he says.

The lawsuit is addressed in the very first episode of season two, then tackled at length in episode five, which is simply titled “Jerry.”

“We had a team meeting that night,” Coach Monica Aldama says, “and it really felt like a funeral. I’ve never seen the kids cry so hard.”

But the episode goes beyond that, featuring interviews with Charlie and Sam, the teenage twin brothers who accused Harris of sexual misconduct, as well as their mother, Kristen. It was difficult at first to get all three on board, Whiteley says, requiring numerous back-and-forth phone calls to convince them to tell their side of the story on the series. “They had seen the first season of Cheer, which I think helped,” he said. “We [made] it clear to them that we just want to know what happened. They agreed, and I’m so grateful. It’s not an easy thing to agree to go on camera.”

In the joint interview with his brother, Sam, who is also a cheerleader, Charlie lays out his allegations against Harris, claiming the star initially reached out to him through a private Instagram account and asked how old he was. After Charlie said he was 13, Harris allegedly solicited him for explicit photos. Charlie claims that he later met Harris in person at the American Cheerleaders Association championship in 2019. The two went to the bathroom where, Charlie claims, Harris harassed him, and repeatedly asked him to have sex. Charlie repeatedly declined.

In the interview, Sam claims he remembers seeing his brother return from the bathroom. “He just looked extremely distressed,” Sam says on Cheer. “I could tell that there was something obviously wrong with him.”

At the time, Sam was not aware of Harris’s alleged messages to Charlie. He had also not yet told his brother that Harris had begun messaging him privately as well. Kristen claims that she became aware of the alleged exchanges between Harris and her sons after looking through Charlie’s phone and purportedly finding an unsettling text from Harris. The discovery led to the choice to file the suit against the Cheer star—who, at that point, was the breakout of the show and had landed lucrative endorsement deals, appeared on Ellen, and conducted a presidential-campaign interview with Joe Biden.

The episode also includes interviews with Tricia Nadolny and Marisa Kwiatkowski, the USA Today reporters who broke the news about Harris, and Sarah Klein, an attorney and advocate for victims of sexual abuse. Klein, a former gymnast, is a particularly compelling figure, contextualizing the case and speaking about her own experience with sexual abuse at the hands of convicted rapist Larry Nassar, the national gymnastics team doctor who sexually assaulted hundreds of women and girls. In 2017 he was sentenced to 60 years for federal crimes, and in 2018 he was sentenced to up to 175 years on Michigan state crimes.

The only person missing from episode five is its namesake. Once the allegations against Harris became public, the Cheer star went into damage-control mode. “We tried on several occasions to reach out to him,” Whiteley says. “I wanted some clarification. It wasn’t unusual for him and I to trade messages and to talk by phone, especially in those preceding weeks. But I think when that news broke, he went into lockdown.”

Prior to the episode, Harris is featured only a handful of times in season two. But that’s not because Whitely made an editorial choice to retroactively cut him out of the narrative. Instead, he wanted to focus the season on newcomers like Maddy Brum and Jada Wooten. “People like Morgan and Lexi and Jerry, their backstories had already been told,” he says. “We wanted to continue to follow their story as it developed, but there were also new characters…so naturally, that’s where our attention went, regardless of Jerry’s arrest.”

Harris, who was later charged with additional federal counts related to child pornography and sexual misconduct, has pleaded not guilty and is currently in a Chicago jail awaiting trial. Through his attorney, he has denied the allegations in the lawsuit. If convicted, Harris could face 15 to 30 years in prison.

Though Harris has not spoken publicly about the charges, Coach Aldama reveals in the episode that Harris wrote her a letter, saying that he “hopes to one day be a motivational speaker.” Thus far, it’s the only window into Harris’s mindset about the case and the disturbing allegations that loom over him. Per Aldama, it seems Harris is hardly reckoning with it at all.

“There was not one negative thing in this letter,” she says. “I was really caught off guard at the hope he had for the future. It’s sad.”

— TV Star Sarah Wynter’s Battle With Postpartum Psychosis
— Caitríona Balfe’s Celtic Conquest, From Outlander to Belfast
— The Best Movies and Shows Streaming on Netflix This Month
— 21 Wardrobe Winners Inspired by And Just Like That…
— What Vivian Vance Didn’t Love About I Love Lucy
— The Life and Death of Rosanne Boyland, a Capitol Rioter
— Insecure’s Natasha Rothwell Can Do It All
— From the Archive: Joan Didion, Our Lady of L.A.
— Sign up for the “HWD Daily” newsletter for must-read industry and awards coverage—plus a special weekly edition of “Awards Insider.”

Pieter Elbers will not enter into third term as KLM CEO next year
If Prince Andrew Goes to Trial, How Will It Affect the Rest of the Royals?