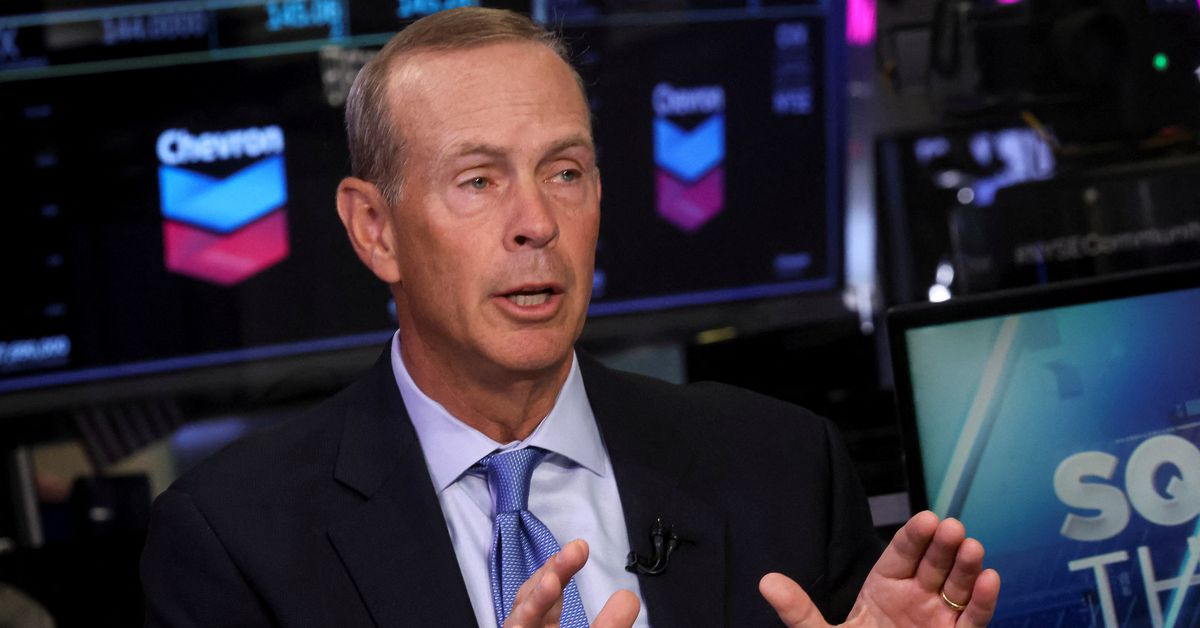 The White House asked the CEOs of seven refiners and oil companies including Chevron to a meeting this week to discuss ways to reduce high energy prices. Wirth said he would attend. read more

“Your administration has largely sought to criticize, and at times vilify, our industry,” Wirth said in a letter addressed to President Joe Biden. “These actions are not beneficial to meeting the challenges we face.”

A couple of hours later, Biden told reporters in Washington the executive was being too sensitive.

“I didn’t know they’d get their feelings hurt that easily,” the president said, when asked about Wirth’s letter.

On June 10, Biden blasted oil companies for making record profits and urged them to increase oil production to alleviate gasoline prices. He also accused Exxon Mobil Corp (XOM.N) of making “more money than God” and not drilling enough in comments in Los Angeles earlier this month.

Biden is under pressure over record gasoline prices, and inflation is a top issue for voters ahead of the November elections with control of Congress at stake. read more

Wirth said the oil industry needs clarity and consistency on policy matters ranging from leases and permits on federal lands, to the ability to permit and build critical infrastructure and regulation that considers costs and benefits.

“We need an honest dialogue,” Wirth said. “One that recognizes our industry is a vital sector of the U.S. economy and is essential to our national security.”

Reporting by Sabrina Valle in Houston; additional reporting by Jarret Renshaw in Washington
Editing by Bill Berkrot and Richard Chang