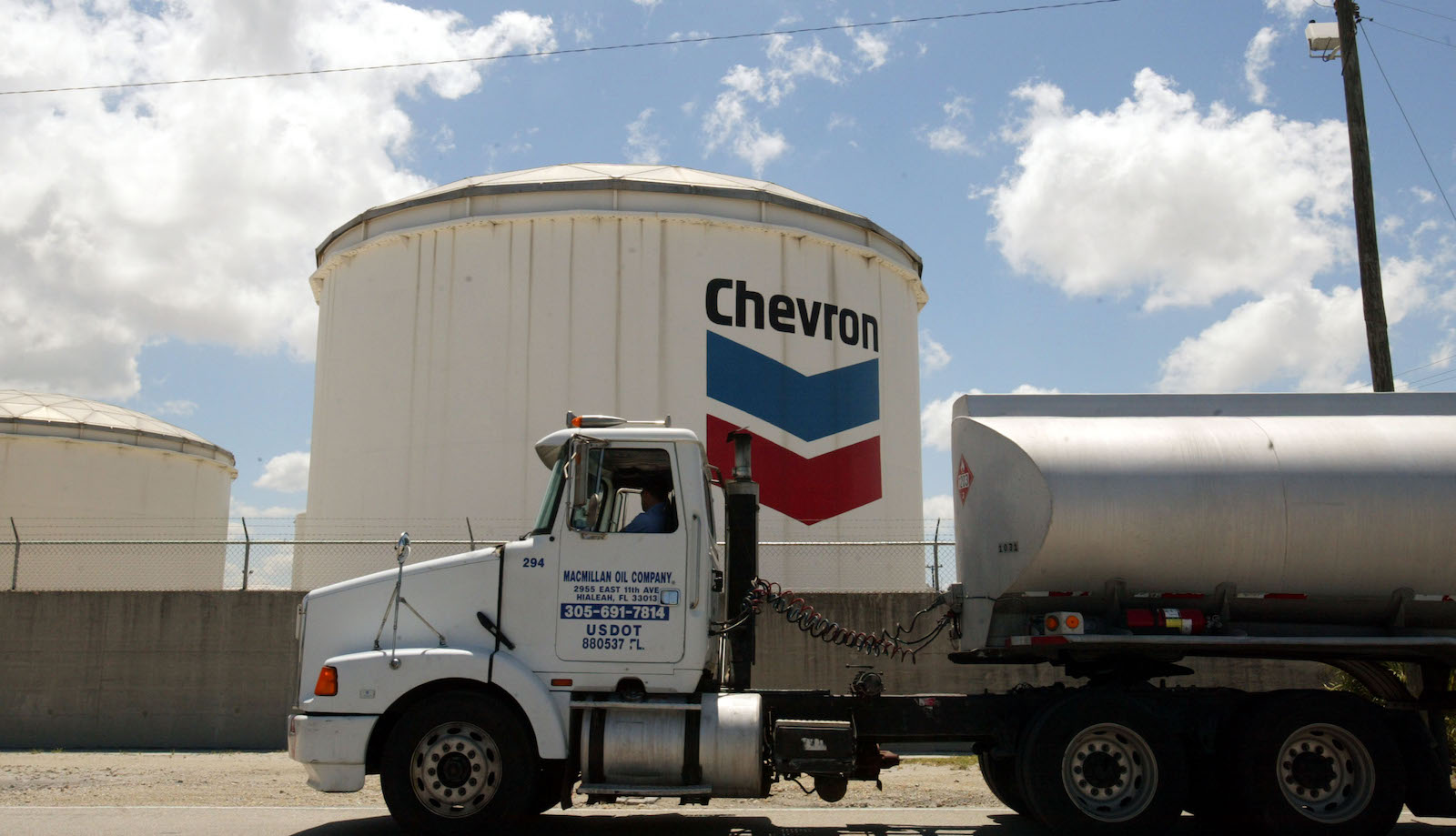 Earlier this year, Chevron faced a reckoning when 61 percent of the company’s shareholders backed a nonbinding resolution asking it to cut its emissions. The oil and gas giant had previously announced goals to make its operations less carbon-intensive, but at its annual general meeting in May, shareholders effectively crossed their arms and shook their heads, demanding that the company cut emissions from the use of its products, too.

But even after the majority shareholder vote, Chevron is barely budging.

On Monday, Chevron announced a new “aspiration” to reduce emissions from its upstream operations to net-zero by 2050, along with a separate target of reducing the carbon intensity of its products by 5 percent by 2028. That mouthful of words means the company plans to keep producing just as much oil as it always has, if not more, but emit less carbon per barrel.

Activist shareholders were not impressed with the update.

“Expectations are that this company begins transitioning meaningfully, and we are simply not seeing that,” said Danielle Fugere, president of the investor advocacy nonprofit As You Sow. “The 5 percent reduction announced today is insufficient to demonstrate that the company is hearing investors.”

Shareholders voted for Chevron to reduce its so-called “scope 3 emissions,” the carbon released when customers burn its oil and gas in their cars and homes, which makes up about 90 percent of the company’s carbon footprint. The only way for Chevron to meaningfully reduce its scope 3 emissions would be to shift its business to produce different products that don’t emit carbon. Instead, the company is mostly doubling down on oil and gas, but committing to making its production processes cleaner, starting with its “upstream operations” — the industry term for activities associated with exploration and extraction.

Chevron’s upstream operations include drilling for oil and natural gas, pumping it out, transporting it via pipeline, and in some cases, converting natural gas into a liquid. Most of the company’s upstream greenhouse gas emissions come from powering heavy machinery or from “flaring,” the practice of burning off excess gases that rise up out of wells. Ironically, Chevron plans to reduce upstream emissions in part by electrifying equipment and powering it with solar and wind farms. Instead of supporting an economy-wide transition to renewable electricity, which would lower emissions in an absolute sense, the plan aims to exploit renewables to produce more fossil fuels, potentially holding total emissions at a steady level.

And to eliminate the last 50 percent or so of its upstream emissions by 2050, the company has no plan. In a report that accompanied the net-zero announcement, a vague roadmap says that “innovation and offsets” will eventually help the company go from emitting the equivalent of 15 kilograms of CO2 for every barrel of oil it produces down to zero. Offsets are payments made to reduce or remove carbon emissions somewhere else when you can’t do it directly — this is where the “net” in net-zero comes from — but the potential quantity of offsets is limited and their effectiveness is debated.

And at the end of the day, none of these plans will make any difference for the climate if Chevron is still producing just as much oil and gas in 2050. Andrew Logan, director of oil and gas programs at Ceres, an investor advocacy group, said in a statement that the commitment was behind the times. “Net zero operational emissions targets are simply table stakes at this point — and a number of Chevron’s U.S. peers like ConocoPhillips made such a commitment some time ago,” he said.

Chevron’s other “aspiration,” to reduce the carbon intensity of its energy products by 5 percent by 2028, came with no detailed plan. The report released on Monday explains that’s just where the company expects to be after implementing existing plans like reducing emissions from its drilling operations and refineries and growing its investments in its New Energies business unit, which aims to develop technologies like carbon capture and hydrogen.

If you’ve listened to a podcast or watched TV recently, you might get the impression that Chevron’s New Energies division is becoming the core of its business. The company has been bombarding viewers and listeners with ads about its investments in carbon capture, biofuels, and hydrogen in recent months. These are changes that actually could reduce Chevron’s scope 3 emissions if it were truly prioritizing them. But the company’s investments in them are nominal compared to its spending on oil and gas. Chevron plans to allocate only about 10 percent of its capital spending to its New Energies business over the next several years.

In Chevron’s report, the company makes explicit that it doesn’t plan to invest much more in its New Energies branch unless major international changes occur, like the steep economy-wide carbon price envisioned in the International Energy Agency’s net-zero scenario. Chevron calls that scenario, which presents a transition to a world powered mostly by renewable energy, “highly unlikely.”