Chicago Cubs rookie reliever Brandon Hughes — a former outfielder — has been a developmental success: ‘Very consistent and is poised’

Home /General/Chicago Cubs rookie reliever Brandon Hughes — a former outfielder — has been a developmental success: ‘Very consistent and is poised’ 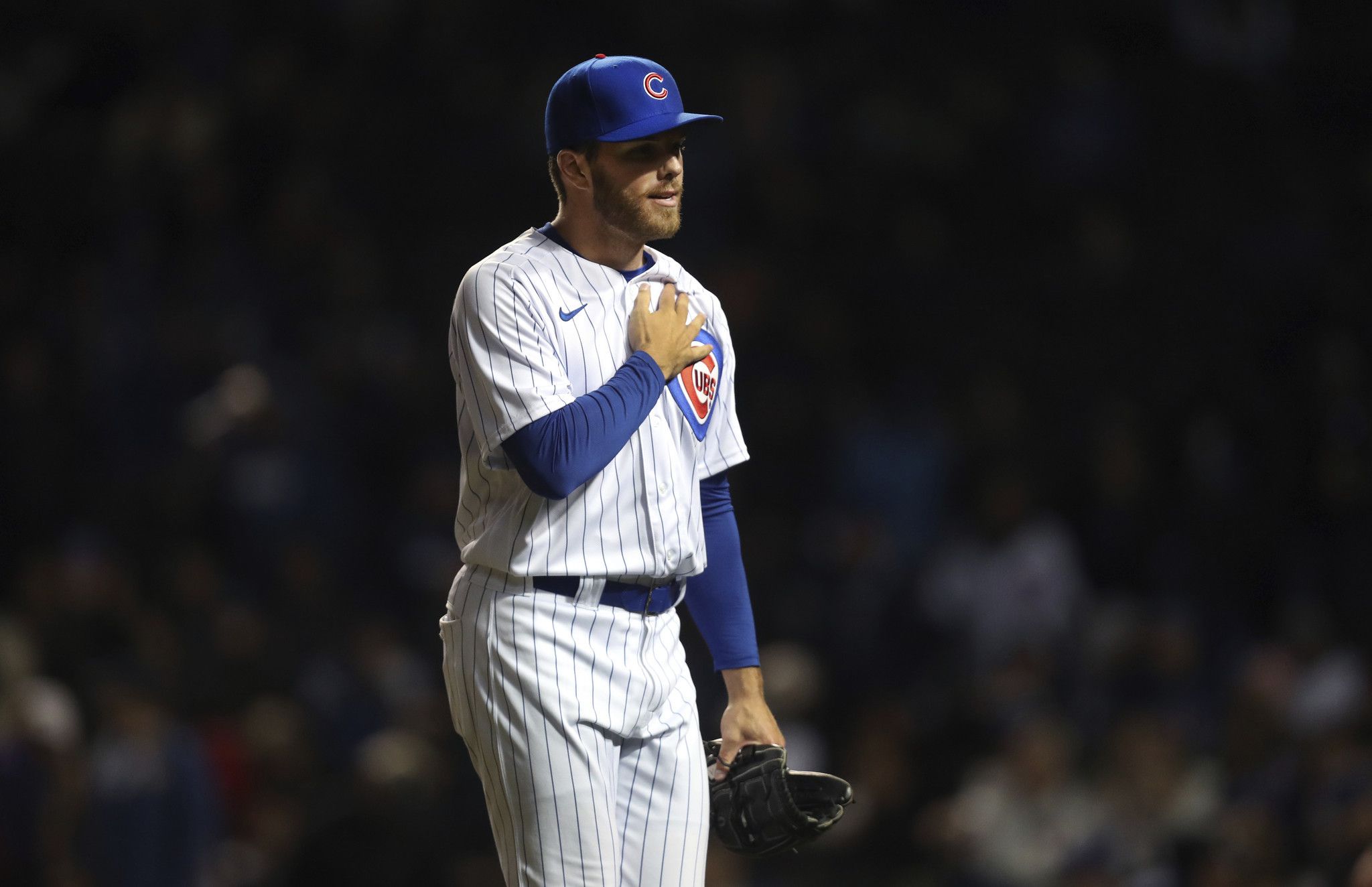 PITTSBURGH — Chicago Cubs left-hander Brandon Hughes admits he might have been a little thrown off in spring training had he known how this season would have played out.

“But I’m here and I’m doing it,” Hughes told the Tribune. “The season has been crazy.”

The 26-year-old reliever opened the year at Double-A Tennessee, a brief five-appearance stop before his dominance resulted in a Triple- A promotion. Jason Heyward’s move to the COVID-19 injured list in mid-May created an opportunity for Hughes, whose usage has evolved from low-leverage innings to save opportunities.

“He’s been as solid as I’ve seen a rookie come up and be,” manager David Ross said. “Very consistent and is poised out on the mound. … What’s amazing is he hasn’t been pitching that long, so pretty impressive.”

Hughes’ transition from outfielder to pitcher was complete by 2019, his first full season on the mound. Before that season, the lefty threw one-third of an inning at South Bend in 2018 and made seven appearances with a 7.11 ERA during his 2015 freshman season with Michigan State.

Within four years of his switch to pitcher, Hughes has emerged as one of the Cubs’ most reliable arms over the last 4½ months after debuting May 17.

Hughes’ 51 relief appearances make him the first Cubs rookie to pitch in at least 50 games since Brian Schlitter (61) and Neil Ramírez (50) in 2014.

Hughes’ emergence is the type of developmental win the Cubs need to consistently unearth and harness through the rebuild if they want to return to being a perennial postseason contender. Assistant general manager and vice president of pitching Craig Breslow pointed to Hughes’ clean arm stroke, athleticism, great control of his body and previous exposure to pitching as ideal qualities an organization would look for if a pitcher were to convert from position player.

“There’s always a gamble, right?” Breslow told the Tribune. “But the thing that you have the least amount of information on is, how is this person going respond to adversity? Is the mentality going to work in your favor or against it? How committed are they to the new initiative? It’s an absolute credit to him and the folks around him that realize that success.”

Hughes’ effectiveness centers on consistency and understanding how his stuff works best: four-seam fastball to his glove side, sliders playing off the fastball and producing platoon-neutral numbers. The deception Hughes creates with his arm motion and mechanics fools hitters into thinking he is unloading a 94-mph fastball that instead is a slider darting down in the zone. When Hughes struggles, his pitches catch too much of the middle of the zone.

A daily sports newsletter delivered to your inbox for your morning commute.

He is already plotting how to improve in the offseason. Hughes plans to put a lot of work into his changeup, a pitch he envisions will help him better limit right-handed hitters’ power numbers. Hughes should get a few more opportunities to finish the season strong.

He is nursing a sore right ankle after rolling it making a pitch in Thursday’s win against the Pittsburgh Pirates. Hughes said Friday that his ankle was sore to touch, but he was relieved to avoid a serious injury after his plant leg was caught on the mound’s dirt.

He did not pitch in the Cubs’ 6-5 comeback victory Friday at PNC Park, led by Patrick Wisdom’s two-run homer, RBI walks from Franmil Reyes and Zach McKinstry and Esteban Quiroz’s two run-scoring singles.

“From his major-league debut through pitching leverage innings, he has the same approach, the same mentality, and doesn’t really deviate from what he’s established to be really effective,” Breslow said. “And I think he’s super comfortable with his identity as a pitcher — not a whole lot of guesswork, like this is what you’re going to get.

“While we’re always interested in understanding what development opportunities exists to push a guy further, we also want to embrace what has worked really well for him and what we reasonably should continue to work for him.”