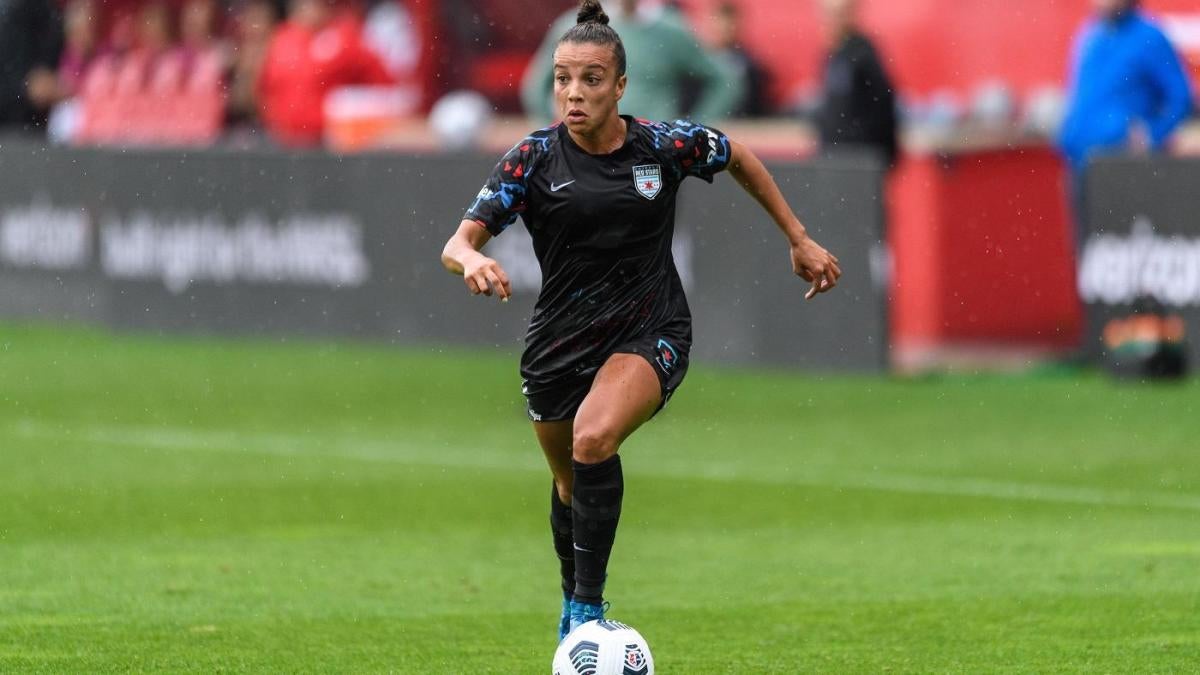 Chicago Red Stars defeated OL Reign 3-1 at SeatGeek Stadium in Bridgeview, Illinois on Sunday. Bethany Balcer scored the lone goal for OL Reign as the team connected on two own goals during the match. Mal Pugh registered a goal for Chicago Red Stars.

OL Reign got off to a quick start in  the first half as the team established a high press against Chicago. Despite the space being exposed in the high press from the Reign, the Red Stars did little to take advantage of the early opportunities as the Reign dominated possession of the ball with 59% compared to Chicago’s 41% in the first 45 minutes.

Cecila Delgado Jimene  got OL Reign on the scoreboard first, knocking home a pass from Balcer for the opening goal in the 12th minute.

Reign continued to retain the ball, but did little with it in the final third, recording two attempts on target over five total shots during the first half, as Chicago got looks in towards the latter end of the half from Kelia Watt and Vanessa DiBernardo who both surpassed 10,000 match minutes played in the NWSL along with OL Reign’s Sofia Huerta.

The Red Stars made an early substitution to start the second half bringing on Danielle Colaprico for Sarah Woldmoe. The impact for the team was immediate as Colaprico presence on the pitch allowed Gautrat to get higher and more involved in the attack.

Chicago’s second half momentum generated offense early as Mal Pugh broke through with a run on the ball and forced an own goal for an equalizer.

Chicago set a new league record with most forced own goals when they generated their fifth of the season in the 54th minute, giving the Red Stars the go-ahead goal. Pugh once again made things difficult for the Reign off a set piece service that snuck into goal off a deflection from a Reign defender.

After Pugh played a crucial role in the creation of the two previous own goals, the winger connected on goal for Chicago’s third goal as Watt recorded the assist off a flicked ball during a throw-in.

Pugh connected on goal for Chicago’s third tally as Watt recorded the assist off a flicked ball during a throw-in. The Red Stars continued to defend in their half as the match entered the final fifteen minutes, as centerback Kayla Sharples came up with big sliding block tackle in the box, and goalkeeper Casey Miller stopped an impressive bicycle kick attempt to close out the match.

The win for Chicago puts them in first place at the moment with 17 points. They will face NJ/NY Gotham FC on the road at Red Bull Arena at Harrison, New Jersey. OL Reign picks up their sixth loss in ten games and will face Orlando Pride on July 24 in Exploria Stadium in Orlando, Florida.