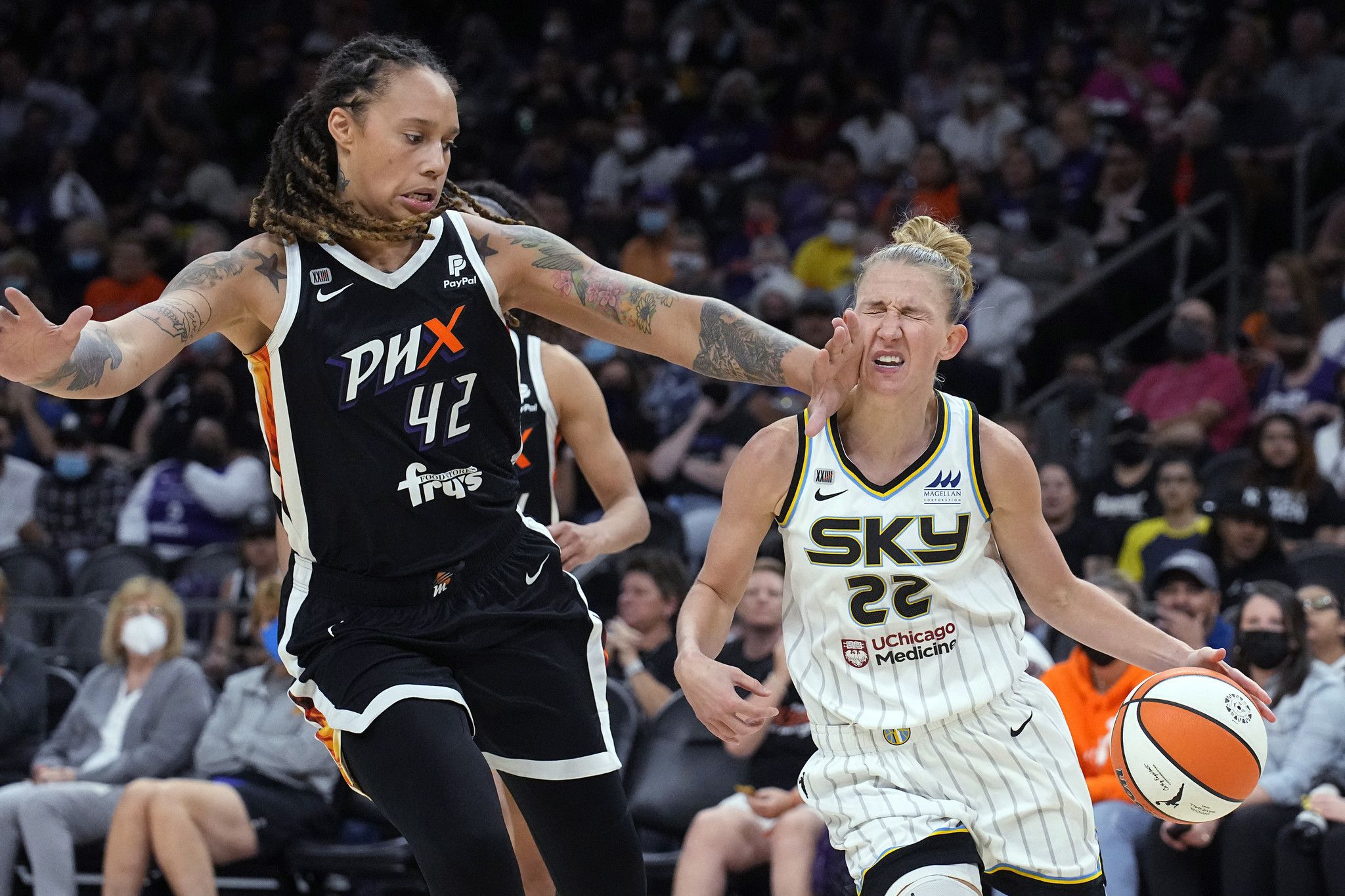 PHOENIX — The Chicago Sky couldn’t quite pull out a nail-biter in the Valley of the Sun.

In a 91-86 overtime thriller, the Phoenix Mercury evened the WNBA Finals at a game apiece, holding off a Sky team that had an eight-point lead in the third quarter. The Mercury followed All-Star Brittney Griner, who scored a season-high 29 points and added nine rebounds. Diana Taurasi poured in 18 of her 20 points after halftime — and opened overtime with a four-point play — to stall the Sky’s momentum in the series.

The Mercury outscored the Sky 22-16 in the fourth quarter and 12-7 in OT, countering a burst by Courtney Vandersloot and Kahleah Copper in the final minute of regulation and sending the series to Chicago tied 1-1. Game 3 is at 8 p.m. Friday at Wintrust Arena.

It was a missed opportunity for the Sky to bring the series home needing one win to claim the first championship in franchise history. Since the WNBA started using a five-game format for the finals in 2005, the six teams to start the series with a 2-0 lead have gone on to win the championship.

According to Across the Timeline’s database, the Sky’s four free-throw attempts were tied for the second-fewest in WNBA Finals history. Sky coach and general manager James Wade made a point to voice his displeasure over the physicality of the game not translating to attempts at the line.

After missing Game 1 with a calf strain, Sophie Cunningham gave the Mercury what they needed to even the series. She started in place of Shey Peddy (10 points off the bench) and contributed nine points, all in the first half, by hitting 3 of 4 3-point attempts.

“She was great for us,” Brondello said. “Her teammates feed off her energy, and you love having those players on the floor and on the bench because it doesn’t matter if they play or not. They are invested in helping their team win.”

Sky guard Allie Quigley again struggled to find her groove from 3-point territory, going 3-for-12. The sharpshooter was the fourth player in WNBA history to shoot over 45% from 3-point range on at least 4.5 attempts per game but is 6-for-24 in the finals. She finished with 19 points in Game 2.

As for Quigley’s overseas teammate, Griner played all but 3 minutes, 29 seconds in Game 2. After not attempting many shots at the rim in Game 1, Griner scored 18 points in the paint and had six second-chance points.

“We were trying to get BG down low early and often,” Taurasi said. “She sustained us for most of the game and offensively we didn’t have any rhythm, but every time I looked up she was making a big basket. That’s just what BG does. We sometimes take it for granted how amazing she is.”

Vandersloot, who already set a WNBA record for assists in a playoff game with 18 in Game 1 of the semifinals, surpassed Catchings for fifth on the career postseason assists list. She needs six more to pass Briann January for fourth and she’s averaging 9.6 assists this postseason.

James Kay is a freelance reporter for the Chicago Tribune.