Chiliz: Is CHZ a “buy the rumor, sell the news” token after all?

Home /Business/Chiliz: Is CHZ a “buy the rumor, sell the news” token after all? 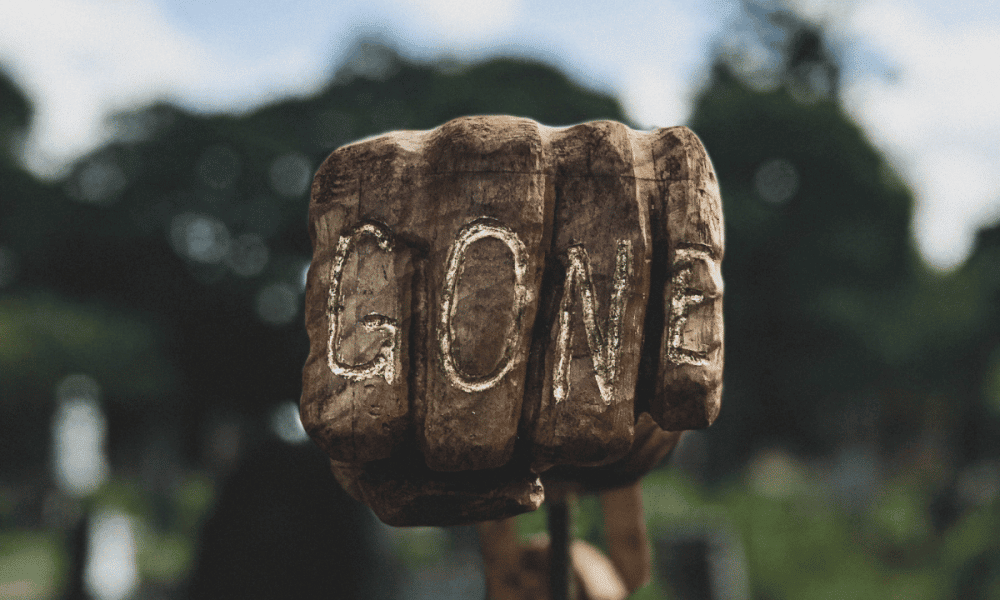 Several investors tipped Chiliz [CHZ] to put up an excellent performance as the FIFA world cup began, owing to its popularity as a blockchain-based sports project. However, that has not been the case, as CHZ shredded 29.09% in the last seven days.

According to CoinMarketCap, the token only registered modest gains between 22 and 23 November since the event began. These gains looked negligible as CHZ’s value decreased by 5.15% in the last 24 hours.

Buy the rumor, sell the news?

Considering this position, it might be inferred that the opposite effect of anticipation could be related to buying the rumor and selling the news situation. In the lead-up to the event, Santiment revealed that the Market Value to Realized Value (MVRV) ratio went as high as 21.97%. This implied that CHZ investors could gather some profits from upticks.

With the price trading at $0.172, and the MVRV ratio dropping to 20.05%, Chiliz might find it challenging to edge closer to doubling the aforementioned value.

Likewise, the CHZ volume was in a comparable spot with the MVRV ratio. According to Santiment, the token’s volume had lost 24.32% of its value from the previous day. This meant that the number of transactions that had passed through the Chiliz network had substantially decreased.

More unfortunate events seemed to have spread around the Chiliz ecosystem. At press time, engagements on the NFT side could not make up for the price and volume dump. This position inferred that traders had overlooked owning non-fungible collectibles linked to Chiliz. Hence, the overall interest in the token was at an unexpectedly low rate.

Hold on to CHZ till the end, or sell?

As per indications on the four-hour chart, CHZ’s chances of respite were minimal due to the status of the Directional Movement Index (DMI). Based on the DMI, CHZ was likely to remain in the red. This was because the Average Directional Index (yellow) at 45.68 supported the continued control of a price decline.

A glance at the Exponential Moving Average (EMA) also indicated that the CHZ looked destined for more fall. This was because the 50 EMA (orange) was positioned above the 20 EMA (blue). Hence, the decrease was unlikely to halt in the short term. 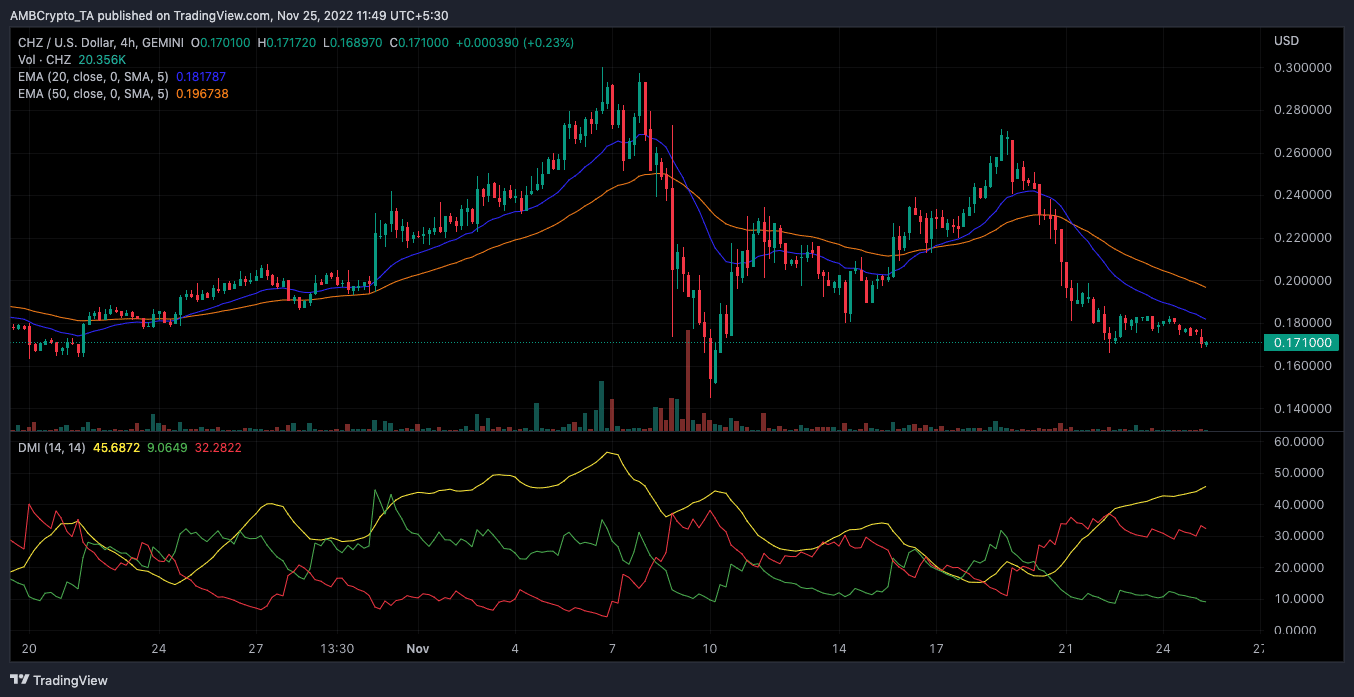